Swimmers scampered out of the in Coney Island this morning after some vacationers spotted sharks in the ; one even caught video of a sinister looking fin poking out of the waves. Certain stretches from the beach are now closed. (Daily News)

According to the New York Times, Mayor de Blasio is using his daily morning workout at a Prospect Park YMCA to run the city—answering emails while on a stationary bike and sometimes taking extreme detours to keep up his routine. The piece calls the gym de Blasio’s “Camp David”, and relies on observations from a reporter—and fellow YMCA member—to detail the mayor’s exercise regiments. (New York Times)

In calmer waters, a couple from Cobble Hill threw what the Post called “one of the most New York weddings in history”—complete with a service on the Staten Island Ferry and a reception cramped into a 1 train during Friday’s rush hour. The Maid of Honor was even dressed like Lady Liberty. “I think we’re the only idiots who would ever do this,” the groom commented. (New York Post)

And a crane collapsed on the Tappan Zee Bridge this afternoon, hurting at least two people and backing up traffic for miles. The crane fell across all six lanes of the bridge. Officials are still trying to figure out what caused the accident. (Fox News) 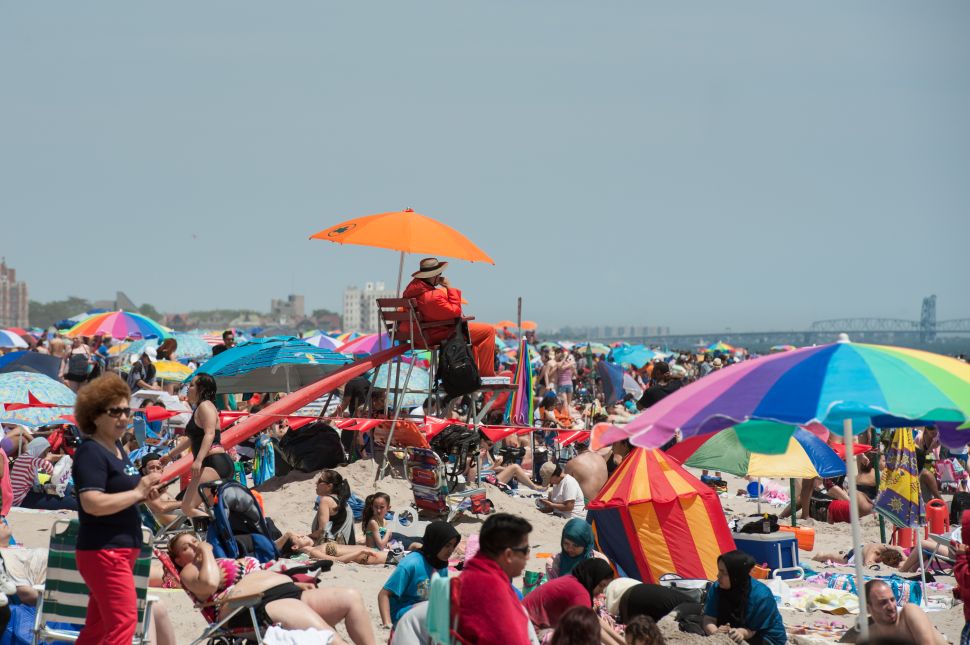