Women broke the “gluttony ceiling” at Nathan’s annual hot dog eating competition, according to the Times. Prior to the men’s challenge (in which Joey Chestnut reclaimed his title at 70 hot dogs), the women’s competition saw an equally impressive go for the mustard belt. Reigning champion Miki Sudo engulfed 38.5 hot dogs in 10 minutes, edging out three-time champion Sonya Thomas’s 35 dogs. The contest has only been separated by gender since 2011, offering a fairer chance for the women to compete. Had she competed with the men, Sudo would have finished in fourth place, proving that, like most sports, the less-recognized hot dog contest merits some more attention. (New York Times)

A series of shootings wounded 20 people throughout the city on July 4. The first incident occurred at 5 p.m. in East Flatbush, followed by later shootings in Bedford-Stuyvesant, Harlem, Crown Heights and another attack in East Flatbush. In Brooklyn, the evening saw 7 more victims when a gunman targeted seven teenagers in a backyard barbecue. No deaths have been reported, and police are searching for the gunmen. (Daily News)

The family of L&B Spumoni Gardens co-owner Lou Barbati, who was shot outside his Dyker Heights home last Thursday, has offered a $50,000 reward to anyone with information the shooter. Barbati returning home after work and was carrying $15000 cash on him. Current reports identify the suspect as a hooded white male in his 30’s, and police have deemed the shooting a robbery gone wrong. (Grub Street)

New York City has commenced an ad campaign to discourage elevator passengers from taking action if trapped. In 2015, elevator accidents resulted in 51 injuries and 5 deaths—often caused by individuals trying to save themselves, says the city buildings department. The “Stay Safe. Stay Put” campaign will be launched tomorrow. (New York Times)

In a holiday visit turned tragedy, 18-year-old Connor Golden lost his foot in a firework-related incident Sunday morning. Golden stepped on what is believed to have been a homemade firecracker while climbing on rocks in Central Park and his grandmother has since told NBC that his leg has been amputated below the knee. Police have determined that it was not an act of terrorism.  (Gothamist) 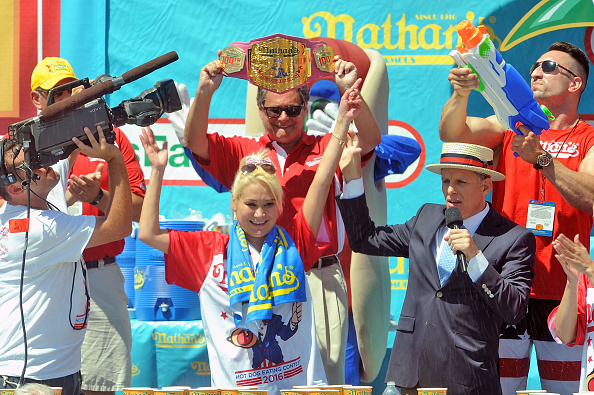