As Tom Hiddleston researched his critically applauded role as Hank Williams for the biopic I Saw the Light, released recently on DVD and Blu-Ray, the legendary country singer’s daughter Jett Williams advised the actor to listen to some old radio recordings.

“I suggested to Tom that he listen to these recordings, not only for the music,” Williams tells the Observer, “but my daddy was also an emcee for the shows. He had a script, but he goes off-script and tells stories and jokes around; he’s laughin’ and cuttin’ up. If you listen, you will meet Hank Williams like he was sitting at your table.”

Those recordings make up The Complete Mother’s Best Collection …Plus!, which was re-released recently via Time Life as a 15-CD collection with an interview DVD—nicely coinciding with the movie’s home entertainment issue.

Originally released in 2010 as an expensive deluxe box, which gained Jett Williams a Grammy nomination as executive producer, this edition includes all the recordings, but simpler packaging and a considerably lower price tag, making what was once heard for free more accessible.

Named for the sponsor of the radio show, Alabama-based grain millers Mother’s Best, and broadcast by the Grand Ole Opry’s parent station, WSM, these 1951 recordings mark a year when Hank was at the top of his game.

Williams had his first No. 1 hit in 1949 with his cover of “Lovesick Blues,” and the 27-year-old was contracted to appear on these 15-minute daily morning broadcasts, both promoting Mother’s Best baking flours and animal feeds, and performing with his band, the Drifting Cowboys (stellar musicians: guitarist Bob McNett, bassist Hillous Butrum, fiddler Jerry Rivers, and steel guitarist Don Helms).

Though presented as a live broadcast, Hank’s non-stop touring schedule meant shows were actually prerecorded. Had that not been the case, these performances would have been lost forever. And, if it wasn’t for Opry staff photographer Les Leverett, who grabbed the acetates from a trash pile in the 1970s, this musical treasure trove containing a whopping 142 songs, which hadn’t been heard since 1951, would’ve ended up in the dumpster.

These recordings are also a time capsule of a fading era and the emerging pop age of commercial radio, convenience foods, hog feed with antibiotics and mass consumerism candy-coated with popular hit songs.

In 1951, Williams’ future looked similarly glossy. Already a top country star, that year saw him crossing over into pop—the perfect platform for his catchy, sentimental and accessible songs. In March, “Cold, Cold Heart” hit No. 1 and was then covered by Tony Bennett; Williams appeared on Perry Como’s TV show and went out on the road with Bob Hope.

It was official: Williams was a rising international pop star.

But 1951 also bore the beginnings of his end. “Cold, Cold Heart” was reputedly written about Williams’ ambitious wife and manager, Audrey, who appears on many songs here. Clearly, all was not well; they divorced in 1952. A fall in November injured his back, igniting the horrendously painful spina bifida he had suffered since birth. (Williams talks about the incredible pain during one of the later broadcasts.) In December, a spinal fusion operation was followed by pain medication prescriptions. Painkillers and booze became his daily sustenance, and a little over a year later he suffered a fatal heart attack.

“People who experience a meteoritic rise to fame have the weight of the world on their shoulders,” says Jett Williams. “Fame and fortune, and all the expectations, all before the age of 29: I think he handled it well.”

But underneath the stardom and tragedy, imposters both, to misquote Oscar Wilde, here is the undoubted real brilliance of Williams, the ace tunesmith and vocalist.

While he shamelessly shills for Mother’s Best (maybe he really did enjoy those biscuits that much!), and presents his hits, he adds covers and goes deep into his past with gospel and hymnals. Williams clearly had a deep passion for music; he could transform a glorified ad for flour into a musicologist’s treat. Williams muses that one song, “Pictures of Life’s Other Side,” was written in 1895, “55, no, 56 years ago, now,” he says. Even then, he makes it sound like a different age. Williams also covers his own side project Luke the Drifter’s recordings.

Jett Williams never met her father, but these recordings taught her so much about him: “When he sings on ‘On Top Of Old Smoky’ he says he’s not going to sing it as it’s normally done. He says, ‘I’m going to do it how my grandmamma used to sing it to me when she put me to bed.’ So now I have this memory of my great-grandmamma tucking my dad up in bed. These are real nuggets for me personally.”

For the rest of us, that song is a rich slice of Appalachian folk, poignantly sung by Williams and beautifully performed by his ace band. The performances here, done for a radio show, never to be heard again, are superlative.

The brilliance is one thing, but the imperfections are gold, too.

“He begins to sing the wrong words to a song,” says Jett, “and my dad says, ‘Gosh, I’ve written so many songs with the same melody. Irving Berlin had the same problem.’ There’s not a lot of footage of my dad and these recordings have hours and hours of him talking and laughing. The was a lighter side to him than the legend tells.”

And what did she think of Hiddleston’s performance? “Tom was spot on,” Jett enthuses. “He did his homework.” 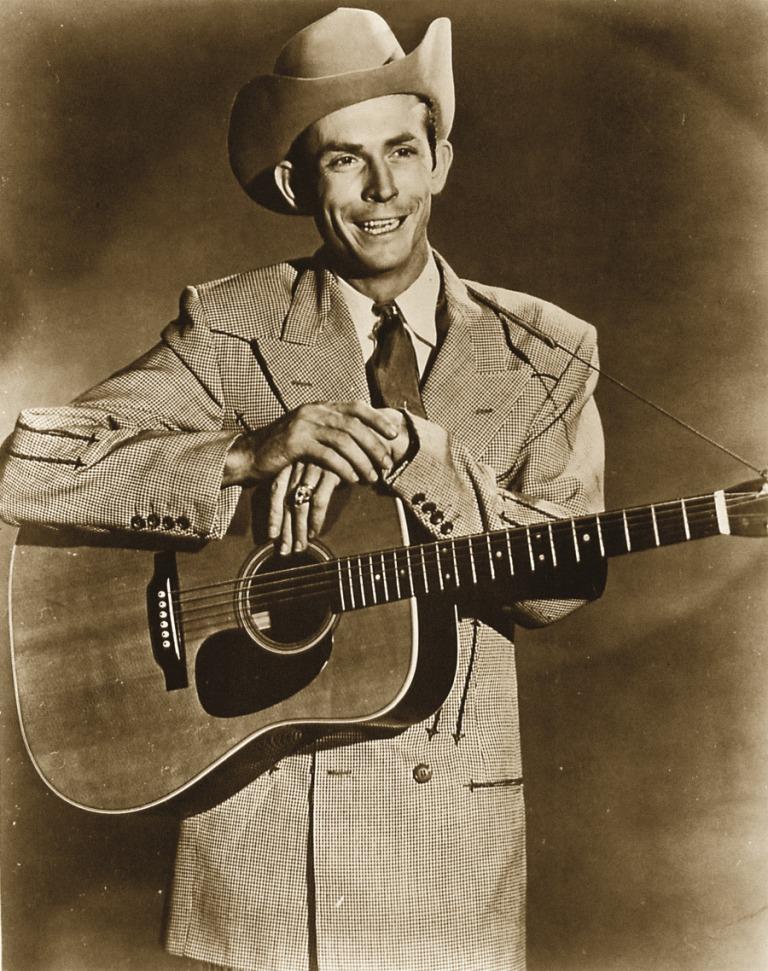