It seems like Adam Levine’s supermodel wife Behati Prinsloo has a magic touch when it comes to her chic residences—even those that she no longer inhabits.

Prinsloo purchased the apartment in 2008, paying $1.4 million for the duplex. After she married the Maroon 5 frontman, she decided part ways with 643 East 11th Street, as the then-newlyweds moved onto their Greene Street loft. But who better to take ownership of Prinsloo’s East Village digs than a fellow model (slash actress), Noot Seear?

Canadian-born Seear (she had an appearance in one of the Twilight movies) doled out $1.65 million to take up residence in the airy condo 2014, but she apparently tired of it rather quickly, since she listed it in June for $1.995 million. Just a month later, a buyer has already snatched the space up.

In the two short years Seear occupied the 1,504-square-foot abode, she’s completed a number of renovations, per the listing shared by Town Residential brokers Spencer Rhoda and Stephen Ferrera. The kitchen has new Bosch appliances, white marble counters, and brass fixtures, and the living room has wide-plank floors and floor-to-ceiling windows. The first floor has a few large closets (makes sense with the last few inhabitants) and a full bathroom. There’s also a 600-square-foot terrace, which can be accessed from either level of the house—it is lined in wooden deck and pavers, and has wooden seating, tile walls and “climbing vines.”

The master suite (well, it’s the only suite) is located on the lower level, with a “huge” walk-in closet (again, model apartment), a full bathroom, and French doors which open out onto the terrace.

It’s not yet clear who has bagged the model-beloved space—while it doesn’t seem that being genetically blessed is a requisite for ownership, the surplus of closets would perhaps appeal to someone with the same fondness for clothing that we imagine Seear and Prinsloo might possess. 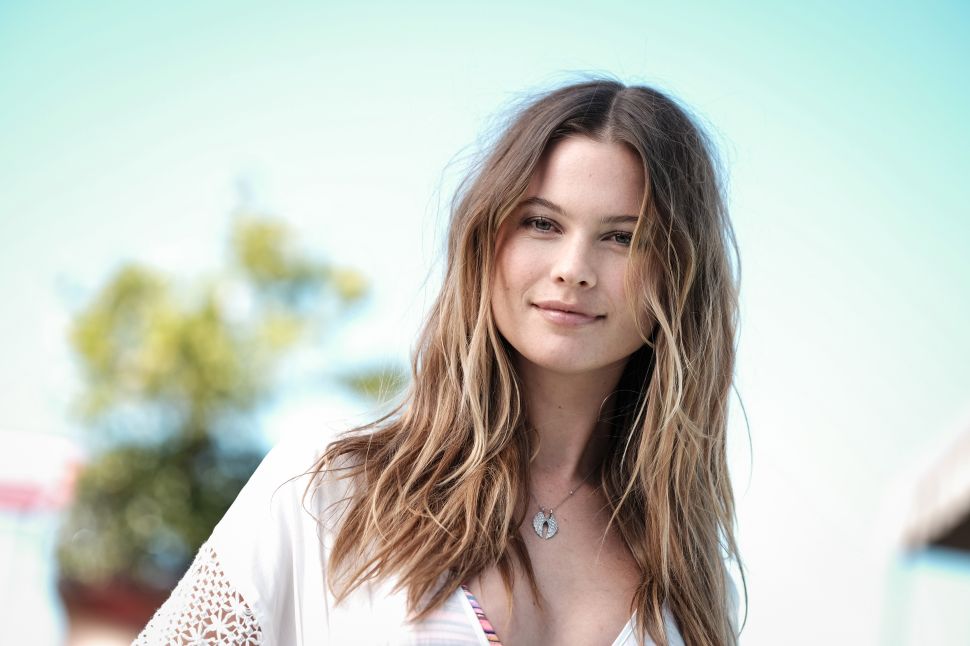