CLEVELAND—Retired neurosurgeon Ben Carson made perhaps the most original attack on Hillary Clinton of the second night of the Republican convention—tying her to famous left-wing organizer Saul Alinsky and, by extension, to the Prince of Darkness.

Carson, a renowned physician and devout Seventh-Day Adventist, noted that Clinton wrote her senior thesis at Wellesly College on Alinsky, author of the famed revolutionary handbook Rules for Radicals. He also pointed out that Alinsky paid tribute to Lucifer in the epigram of that tract as “the first radical known to man.”

“One of her heroes, her mentors was Saul Alinsky,” Carson said, the name provoking boos from the stands at Quicken Loans Arena. “This was someone that she greatly admired, and that affected all her philosophies subsequently.”

“Are we going to elect someone as president who has as their role model somebody who acknowledges Lucifer? Think about that,” he continued.

He contrasted this with what he maintained is America’s piety and intrinsic faith in a Judeo-Christian divinity.

“This is the nation where our founding document, the Declaration of Independence, talks about certain inalienable rights that come from our creator,” he said. “This is a land where our pledge of allegiance says we are ‘one nation under god.’ This is a nation where every coin in our pocket and every bill in our wallet says ‘In God We Trust.'”

“If we continue to allow them to take god out of our lives, god will remove himself from us. We will not be blessed and our nation will go down the tubes. We will be responsible for that,” he said. 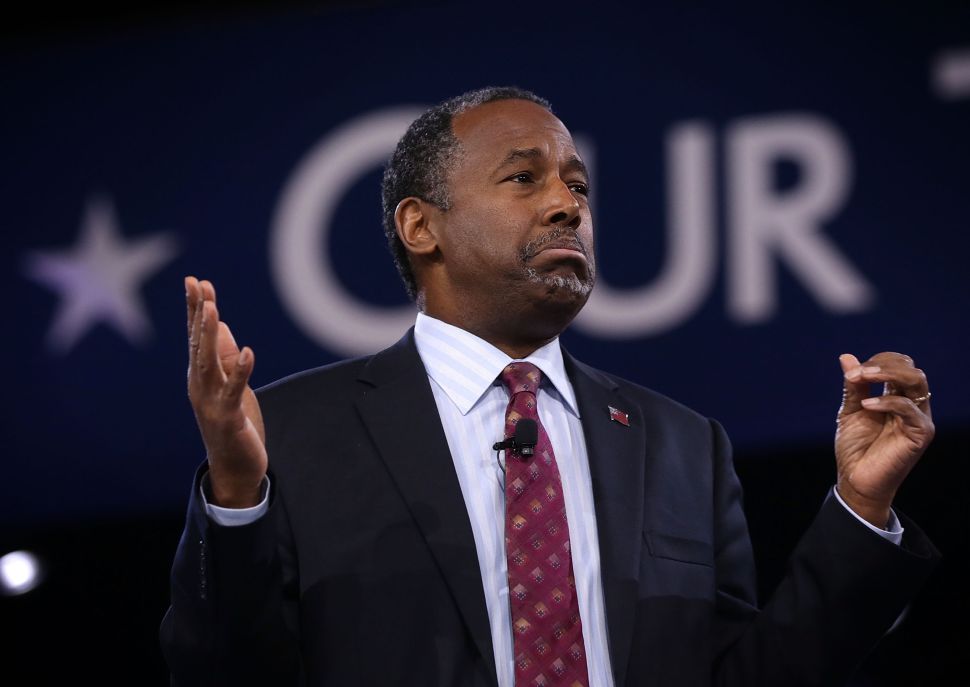