The time between the last primary and the beginning of the party conventions is traditionally a slow period in the presidential election cycle. During these weeks, election news usually consists largely of speculation about running mates. This year, on the Democratic side at least, is no exception. The Republican candidate’s search for a running mate has received less attention, presumably because the media is busy trying to cover the latest outrage or bigoted statement, gesture or Tweet by Donald Trump. This week, for example, the decision by Trump to Tweet an image suggesting that Hillary Clinton was unduly influenced by corrupt Jewish money, was more newsworthy than whether or not Newt Gingrich would make yet another attempt at a political comeback by joining the GOP ticket.

Hillary Clinton’s vice presidential search has thus far been unremarkable. She appears to be choosing between several U.S. Senators, including Cory Booker, Elizabeth Warren and Tim Kaine, who may be emerging as the frontrunner, cabinet members Julian Castro and Tom Perez, as well as a few others. A recent article in Politico offered a good overview of the potential candidates, mentioning dark horse candidates like Governor John Hickenlooper of Colorado and Representative Xavier Becerra of California.

Conspicuously absent from the names mentioned in the article was that of Bernie Sanders. Actually, Sanders was mentioned but only in a discussion of whether or not Elizabeth Warren would be a good choice by Ms. Clinton. It is not surprising that Sanders is not on Ms. Clinton’s short or medium list, not least because as a well known Senator with some seniority, he would be able to get a lot more done from his current position, particularly if the Democrats win back the Senate, than he would as vice-president. Moreover, because he is 74, Mr. Sanders would not be able to use the vice-presidency as a platform for another presidential bid.

Midway through the story was a teaser for another Politico article bearing the headline “Sanders on Clinton endorsement: ‘We are not there at this moment.’”

A few months ago, Sanders appeared to be facing a choice of either supporting Ms. Clinton or becoming known as the guy who made Donald Trump the President. It turns out that was a significant overstatement of the relevancy of the Senator from Vermont.

It is not clear whether or not Politico placed that teaser there to mock Sanders, but that is the effect it had. The presidential race has moved on and Sanders is no longer leading a political revolution, but is trying to remain relevant, and maintain some leverage, in a fast-moving election where fear of the Republican nominee has, as expected, helped solidify the Democratic base around Ms. Clinton and largely put to rest concerns about Sanders supporters refusing to support the former first lady.

In that context, whether or not Mr. Sanders is “there” regarding endorsing the Democratic nominee is much less important than the Senator and his most ardent supporters seem to think. By waiting too long, Sanders has not made his endorsement more important. In fact when Elizabeth Warren, Barack Obama and so many other politicians respected by progressive Democrats have already endorsed Ms. Clinton, Sanders has done little more than isolate himself.

A few months ago, Mr. Sanders appeared to be facing a choice of either supporting Ms. Clinton or becoming known as the guy who made Donald Trump the President. It turns out that was a significant overstatement of the relevancy of the Senator from Vermont. Ms. Clinton is currently the frontrunner to be the next President of the U.S., but the election is still several months away. There are many scenarios where Ms. Clinton could lose: A major terrorist attack could change the dynamic of the race, the Benghazi and email issues could become larger and move voters outside the GOP base, the Republicans could somehow find a way to nominate a stronger candidate at the convention, or a record turnout of lower educated white voters could catapult Mr. Trump to victory in a few key midwestern states, thus giving him a majority of electoral votes. None of these things are particularly likely, but they all are more likely than Sanders, one way or the other, being the deciding factor. Sanders, a politician for more than three decades, built a campaign around claiming he didn’t play politics. Turns out he just wasn’t very good at it. 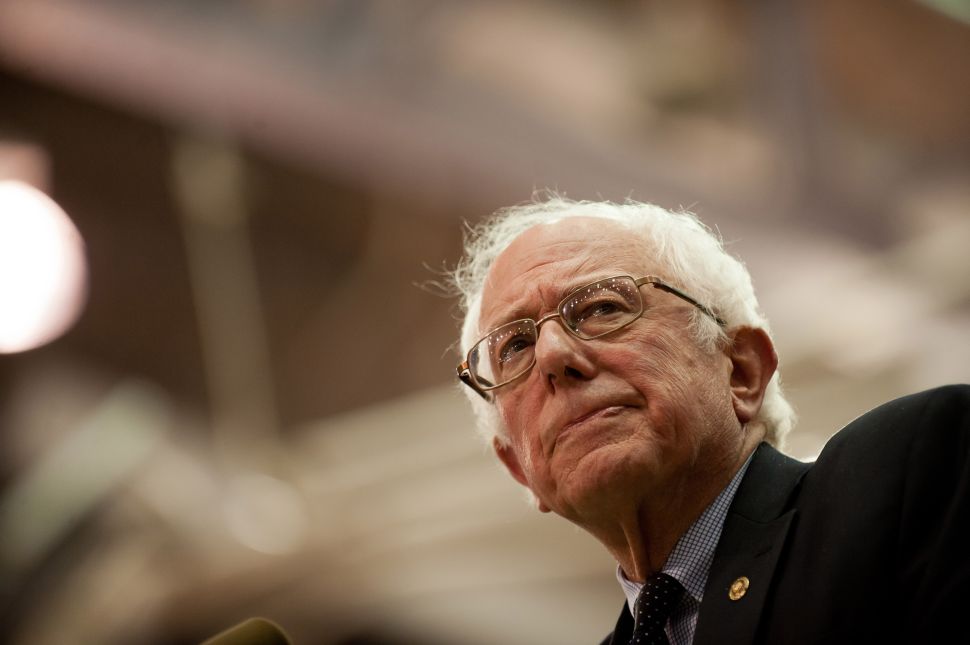