The crowd of delegates in the convention center ballroom didn’t come for unity: They came for Bernie Sanders.

Sanders, the Vermont senator whose bid to beat back Hillary Clinton for the Democratic nomination fell short, took the stage this afternoon to speak to his delegates before he’ll take a bigger stage in a few hours—at the Democratic National Convention on its opening night, in a bid to promote unity in the party as it gears up to face Republican Donald Trump in the fall.

The packed ballroom cheered and chanted as Sanders recounted the successes of his campaign—the $27 average donation, the 60 percent reduction in the number of superdelegates next election, the states he won and the platform changes he made. But when he finally got around to speaking about the woman who will actually be the Democratic nominee, the crowd soured on their hero.

The crowd descended into boos so loud it was hard to hear Sanders continue his sentence to name Clinton’s running mate, Tim Kaine of Virginia. The jeering was long and sustained as Sanders sought to get the crowd back by enumerating not why people should vote for Clinton but why they must stop Trump.

“Trump is a bully and demagogue. Trump has made bigotry and hatred the cornerstone of his campaign,” Sanders offered.

Amid the angry response, one woman in the crowd shouted, “So has she!” People began to chant, “Take it to the floor!” even after Sanders bowed out of the race and offered his endorsement to Clinton weeks ago, ending the chance of a contested convention.

“Trump does not respect the Constitution of the United States or civil liberties. That is not just my opinion—that is what many conservative republicans believe,” he said. “Trump is a danger for the future of our country and must be defeated…I intend to do everything I can to see that he is defeated.”

But despite a few pockets of applause, the crowd wanted their candidate, not Clinton. “We want Bernie!” they shouted. One woman, as the speech wound down, chanted, “Never Hill! Bernie or Jill!” a reference to Green Party candidate Jill Stein.

And that was just the reaction from delegates who were inside the convention center: Outside, Sanders supporters had taken over a park in front of City Hall.

It is far from the message the Democrats were hoping to project today, as they seek to counter against a divisive convention in Cleveland that saw Sen. Ted Cruz deliver a speech while refusing to endorse Trump. If this was a preview of Sanders’ speech tonight, which the Clinton camp wouldn’t quite say whether it had seen, it was not exactly a full-throated endorsement.

But it most certainly serves as a preview of what may happen when Debbie Wasserman Schultz takes the stage tonight to gavel in at the convention—if she can make it that long.  The Democratic National Convention chair and Florida congresswoman has said she will resign after the convention, on the heels of leaked emails seemed to confirm the belief among Sanders voters that she favored Clinton. She was relentlessly booed on her own home turf this morning at a Florida delegation breakfast, and if Sanders himself was booed by his own supporters when delivering a message of unity, she is sure to be on the receiving end of their ire tonight.

But this morning, the Clinton campaign was hopeful their preferred message would shine. 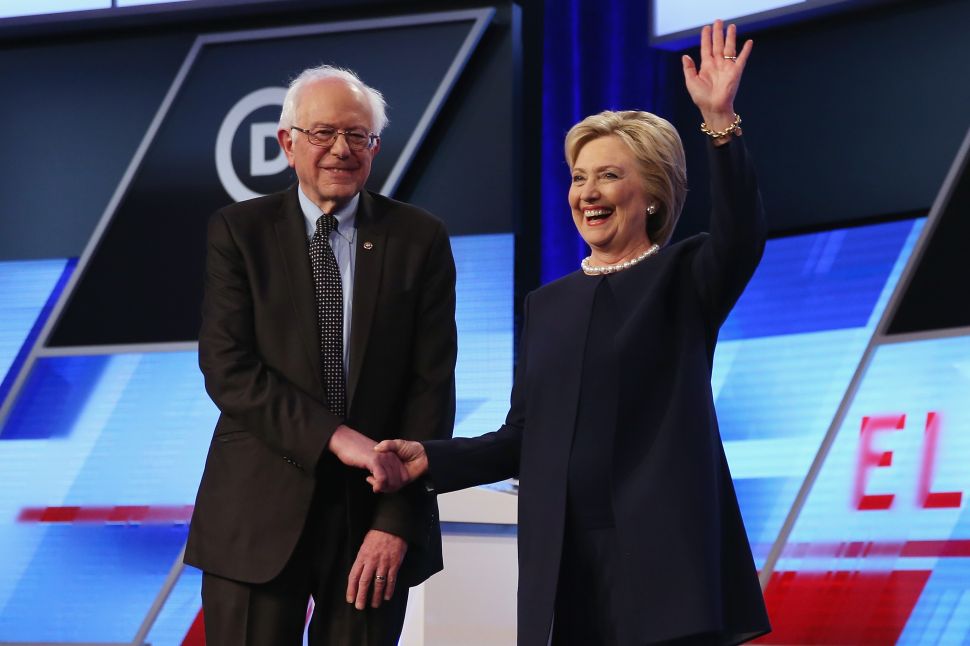