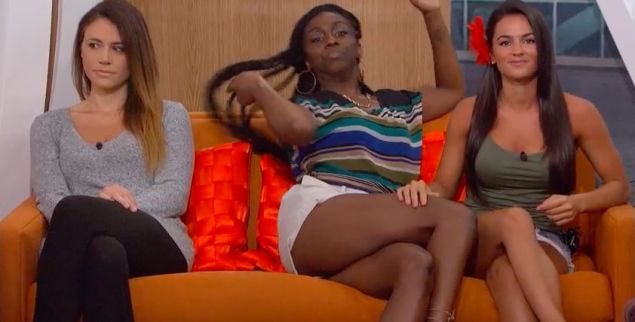 A good solid house blow-up is the bedrock of the Big Brother universe. If the feeds are the foundation of the show, then a late-night post live eviction meltdown are the steel beams holding everything together. And the very slight chance that you might see somehow hooking up are the rivets. Or maybe the feeds are the basement, because that is where all of the secrets are kept? The true narrative, all the parts that don’t make the neat edit. Is the basement a part of the foundation? Or is it above the foundation but below the surface? And what if you don’t have a basement? Then it could be the attic. I lived in a house once that had a crawl space but nobody went up there. I think the Jeff interviews that loop while the feeds are down can definitely be the crawl space of Big Brother.

After last week’s Bronte blindside, the house was in disarray. Frank and Bridgette had no clue who flipped. Accusations were thrown. Charges were leveled. Alliances were accidentally blown up like Arzt. Paulie won HoH, even though he didn’t want to. But because of the team twist, Frank and Bridgette were now safe. Since his two targets were out of reach, Paulie set his sight on Tiffany again. He wanted her out the week before but went along with the Bronte plan. Paulie nom’d Tiffany and Natalie.

Tiffany spent a good amount of time crying of late, and everyone just kind of shrugs like “well, she’s Vanessa’s sister, that’s what they do.”  But then during the blowout, Tiff realized that Da’vonne had been playing Frank and her against each other. Tiffany went to Frank and told him everything about who turned on him. She was like “I’m making a deal with the devil” and then did the hand motion of squeezing two cantaloupes in the produce department and Frank’s like “I’m not the devil” and I’m like “maybe the live feeds are actually the shed out back if you don’t have an attic or a basement…I don’t know who can be sure?”

Paul is getting a great edit the last few weeks. Now that he’s not trying to play master strategist, it’s allowed him to ease into the perfect level of entertaining goofball that lead to Donnie, and James and Johnny Mac being fan faves. He is still an exact voice match of Rafi from The League which makes everything he says sort of immediately funny. And while his obsessions with “friendship” is endless, the little things he does make up for it. He proclaimed himself the Muffin Man, a guy who has never baked before and went zero to sixty with this new hobby. The montage of him going around the house, forcing muffins on people was amazing. Not one person looked excited to see him walk in with a tray but the look on his face was like “I am crushing these muffins, I am doing such a great job with this.” Even the little dance he did after casting his vote was entertaining. Nobody else was in the hallway. He’s definitely aware of America watching because he keeps addressing the cameras directly. He did a quick little twirl that nobody else saw and was on his way. He’s either doing this for our benefit or his own, probably both which is what makes him fun to watch.

Before BB Roadkill, Paulie tried to rattle Vanessa. They went back and forth a few times and then Paulie leaned back with the confidence of Terrell Owens on cocaine and was like “I was bred for this” which is maybe the funniest thing that has ever been said inside the BB house. First of all, whoever talks about themselves being bred for anything? I mean, I get it because as far as recapping Big Brother eps is concerned, I was bred for this. But to say that like he did, in front of the whole house, when has anyone that cocky ever won before? He’s the brother of a runner-up, he’s in a showmance, he’s already won HoH twice in like four weeks, the target on Paulie is so big, he’s going to go to bed one night and wake up as Tom Hanks. Literally the only person ever bred for Big Brother is Brendon and Rachel’s kid whenever they’re old enough to get cast.

Despite his specific Big Brother breeding Paulie does not get in Tiffany’s head because she wins the BB Roadkill, even though nobody believes that she won it. They all think Frank did. The Roadkill comp was incredible because the producers threw Austin’s name out there as the one who stunk up the RV, a great callback to last season. It’s probably why Tiffany won because her sister was super good at handling Austin’s scent. Tiffany nom’s Corey. But Corey wins the veto, after trying to throw it to Paul, who accidentally throws the throwing of the veto by being himself. Tiffany puts up Da’Vonne as the replacement. Da sits down next to Tiffany and whips her hair around. A couple of pieces of it touch Tiff’s shoulder. All-time great moment of shade here. I’m about to get hair plugs so that I can get extensions so that I can start the journey of learning that head toss. There is no way to recover from someone flipping their hair at you that way. You gotta just retire and go home and go under the covers and start ordering in all your meals and not go outside even to play Pokemon Go. Da’Vonne flipped her hair so hard, the house changed courses.

Tiffany got voted out unanimously even though they made an attempt to get Da’vonne to go. Da’Vonne made a comment to James about getting out the showmances and James was like “I’m in a showmance!” And she’s like “not you” and he’s like “yeah right, I tried this last season with Meg and now this beautiful cheerleader actually like likes me I’m never doing anything to leave this house ever, they’re going to have to tie me to a dolly and roll me out of there like Steve Buscemi in Armageddon.”

Nobody is gone for good yet because there is the Battleback competition. One of the five eliminated house gets will come back this week. Glenn has been cooking eggs this whole time, nearly a month. I’m not sure Victor realized he was even eliminated yet. Bronte used her time to be a secret math nerd by herself and nobody still thinks it matters. And somehow Jozea has been playing full volleyball games against nobody. Perhaps he really is the messiah. There’s a special episode on Friday (tonight) for the Battleback and then HoH will be Sunday. The team twist is over and so is BB Roadkill. Time for some straight up gaming, which is either the living room or master bedroom of Big Brother. 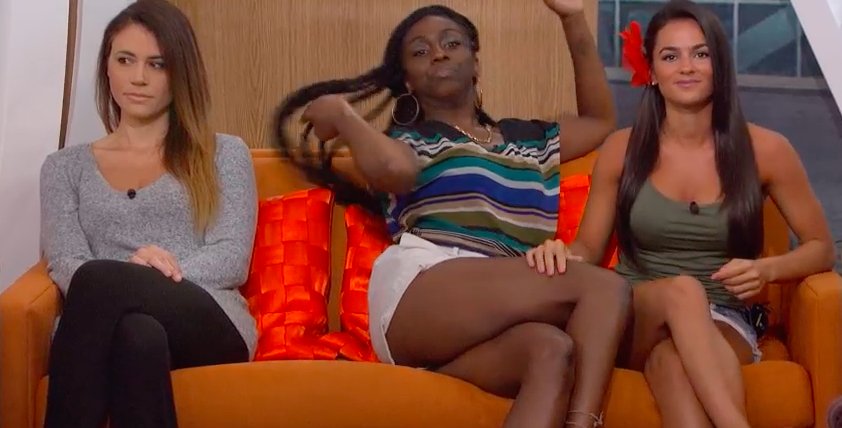