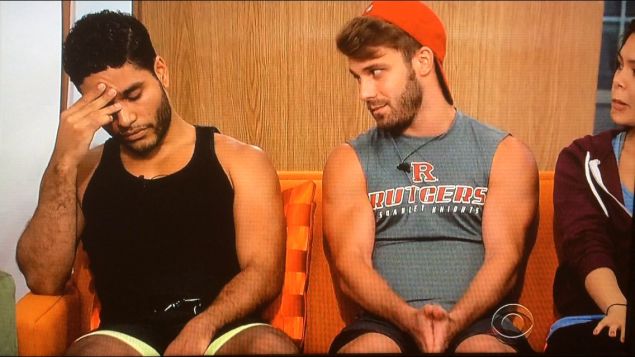 There is a most excellent gif in the canon of “fail gifs” that stands out among the hundreds of thousands of maybe even millions of other perfectly fine backfires looping for eternity on our blogs and in our hearts. This particular gif features a basketball player named Nick Young. Nick Young’s nickname is Swaggy P which plays a large part into why this gif is so perfect. Because Swaggy P has a confidence level that is absolutely off-the-charts high. It is higher than all of Samuel L. Jackson’s free wi-fi evil brain control satellites in Kingsman. It is higher than the other outer space that is past our outer space that Jodie Foster’s consciousness goes to in Contact. Swaggy P’s confidence is so high that if you ask him where he got the nickname Swaggy P, he will say that God directly gave it to him. That is some confidence. The gif in question has Swaggy P pulling up for a long three pointer, releasing the ball, watching it head towards the rim with perfect trajectory. He turns away to celebrate, starts walking down-court arms in the air, only to have the ball enter the cylinder, ping off both sides and pop out, which he catches out of the corner of his eye, and reacts to it accordingly with a hard shrug. Somehow, Jozea is the walking, talking, breathing human version of this gif.

Jozea. Jozea, Jozea, doesn’t rhyme with messiah, of which he referred himself to within the first week of being in the Big Brother house. Jozea has also talked about how he can read faces and called himself “the observer” which is also the name of this website and I have already filed the paperwork to rename this publication Jozea.com because there is no other Observer, there is only Jozea. Jozea compared himself to President Obama. He called himself the heart and joy of the house as well as the glue. If Jozea is the glue of anything, he’s some super bonded Krazy-glue type stuff where you end up gluing your fingers together forever and they never come apart and you have to cut them off instead. All Jozea wanted was to get the house a moment of motivation. He’s Kanye without the publishing catalog.

Jozea thought he read everyone’s faces because he can read faces and hearts and minds and context clues and used it to build the perfect alliance to have the entire house on his side. His main ally, Victor, once popped his shirt off mid-conversation, which is the dopest move but then he continued to tell everybody else what all of the plans were like whatever rebel spy kept getting the blueprints for every version of the Death Star all forty different times the alliance was able to blow it up. Victor talked up using his sex appeal in his intro video but so far all he’s doing has been negging Natalie all over the house and flirting with Nicole for information, which I think maybe confused him because he’s supposed to be getting the information, not giving it all away.

And then Jozea’s other main ally, Paul, is Rafi from The League if he managed to Last Action Hero Danny Madigan his way off FX’s primetime lineup. Seriously, if you shut the picture off your tv and only have the audio on, Paul is a voice and intonation twin of Jason Mantzoukas’s hot dog loving character. Plus they both have the beards. Paul also believes he has the house on lockdown. He is maybe the dopest mansplainer to ever appear on the show. If he says anything, and someone in the next room exhales audibly, he’ll be like “nah bud, that really happened!” But if anyone else tells a story about something that happened directly to them, he’ll be like “well bud, there could be like three or four other explanations for that.” Like he seriously doubted that Bridgette’s grandparent’s dog got poisoned, even though she saw it coughing up pieces of doused rag. “Could’ve been a lot of things bud, dogs get into lots of stuff.” Paul uses “bud” more times in a single conversation than six hours of Super Bowl beer commercials.

In the meantime, the returning players, Frank, Nicole, Da’Vonne, and James have all returned with well more game than they ever had previously. Especially, Da’Vonne, who made so many good calls last season but kept getting into arguments. This year, she spotted Tiffany as Vanessa’s sister and used it to her advantage rather than as a reason to get evicted like with the Nolan reveal. Da’Vonne played Jozea like an eight year old only-child with his Game Boy out to dinner with the grownups. Nicole managed to snake the first HoH away from her team while having them convinced she was doing them a favor. Frank is free from being handcuffed to Mike Boogie’s “always take the prize” game which only works if you are Dr. Will or playing with Dr. Will. And James still has a whole visor full of pranks. James won America’s Favorite off his pranks with is either positive or negative reinforcement depending on how you feel about pranks. Either way, get used to it. There will continue to be many pranks. With the addition of the new BB Roadkill competition, which allows the winner to secretly nominate a third player, the vets realized quickly that they needed some numbers otherwise they’d be slowly picked off each week. So they put together the 8 Pack alliance with Michelle, Tiffany, Corey, and Zakiyah. After Nicole nominated Paulie as a pawn, and Jozea as the target, and then Frank won the BB Roadkill comp and put Paul up, the vets were in a great position.

Still, Jozea the CEO of BB18 couldn’t see that he was rocking the bullseye and didn’t have the votes. He called a house meeting, didn’t invite Paulie, and sent Bridgette to spy on the vets in the HoH room. The only problem was, he said all of this in front of Da’Vonne and some other people who really weren’t on his side. Okay, first off usually anyone who calls a house meeting is going home unless your name is Dan Gheesling. Second, there was another man who once called a giant meeting. He believed he was a uniting force for all of those around him. He too, felt like a messiah of his people. His name was Cyrus and he got shot about eight minutes into The Warriors. Sorry Jozea, we can NOT dig it. Paulie called Jozea out on not including him in the meeting. And Jozea went into a ramble about scenarios being scenarios. There are scenarios here and scenarios there. Jozea said “scenario” more times in that convo than the all the members of A Tribe Called Quest in the song Scenario.

Paul won the veto and took himself down, so Frank secretly put Bridgette on the block. Not that it mattered, everyone knew Jozea’s time was up. Well, except Jozea and his team. When it came time to give the speeches, Paulie did a Scarface impression. In 2016, on television. As much as I wanted to see a Jozea blindside, if I was in the house I might’ve switched my vote up to Paulie. Sorry Paulie, save Scarface for the frame on the wall above your bed in your dorm room. As the votes came in and Julie was ready to announce it, Paulie looked over at Jozea and gave him the Antonio Banderas in the bathtub in Assassins look. Just a slight smirk, while Jozea buried his head in his hands. It was cold-blooded. No big reaction, Jozea hugged everyone and went out the door. Even when he was talking to Julie, he still couldn’t figure out what had gone wrong. My man Jozea, was not the messiah of Big Brother. He was a special angel, who I almost didn’t want to see leave because his gameplay was so bad, it was entertaining to watch. Jozea was basically the 50 Shades of Grey movie of Big Brother gameplay. And I say “fuck the paperwork.” They revealed a twist tonight, there’s a Battle Back competition running as people get eliminated. The next five booted houseguests have a chance to compete to return. If they lose, they go home. If they win, they continue to go one until they make it back in. Maybe Jozea will make it back and rise again. Maybe not. Only one thing is for sure. There will be many more pranks from James all season. HoH will be revealed Sunday with a BB Roadkill comp. Veto on Wednesday. Elimination next Thursday. 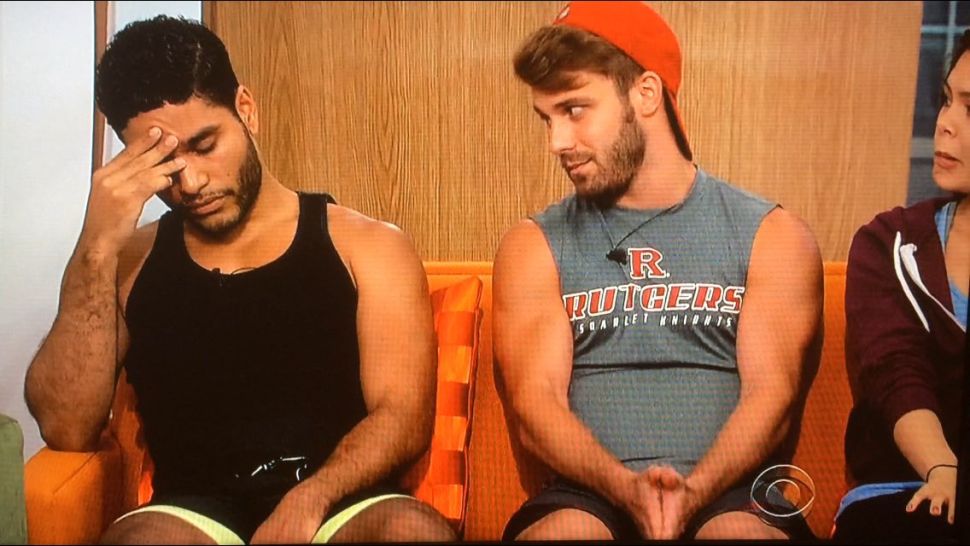