PHILADELPHIA—Former President Bill Clinton outlined his wife’s life story tonight—portraying Hillary Clinton as the only “real” choice for president and “the best darn change-maker I have ever met in my entire life.”

“This woman has never been satisfied with the status quo in anything,” Clinton said, the first man to ever deliver a convention speech urging the election of his wife. “She always wants to move the ball forward. That is just who she is.”

Clinton was the main event in prime-time on the second night of the convention, which kicked off with the roll call vote that formally made his wife the first woman ever to be nominated for president by a major political party.

In a long speech—but not all that long for a Bill Clinton convention speech—he spun the yarn of meeting Clinton, then Hillary Rodham, in college and proposing to her three times before she accepted. He told stories of her as a mother, but also as someone who spent her life working for the poor or to fight segregation in schools, to reform healthcare as first lady, to help first responders as senator, to reform the nation’s image as secretary of state. There was a theme: in each endeavor, she made a difference.

He compared that to what was on display at the Republican National Convention, where Donald Trump received his party’s nomination.

“How do you square it? You can’t. One is real. The other is made up,” he said of the candidates. “We just have to decide which is which, my fellow Americans.”

The real one, he argued, has made more positive change than many do in a lifetime, has childhood friends who work to elect her, has earned loyalty and respect of her colleagues, has drawn praise from across the aisle.

“If you run elections on the theory that government is always bad and will mess up a two-car parade, a real change-maker represents a real threat,” Clinton said. “So your only option, your only real option, is to create a cartoon— cartoon version, and then run against the cartoon.”

Cartoons are two-dimensional, he said, and easier to attack. But Clinton argued the audience hadn’t fallen for it, revealing that—spoiler alert—he believed his wife was the real one.

“Good for you,” he said. “Because earlier today, you nominated the real one.”

He called on Muslims who love their countries and fear terror to vote for her; for black youth and police officers who want to walk outside without fear to vote for her. He promised she was the candidate who would not quit when things got tough.

“You could drop her into any trouble spot. Pick one. Come back in a month, and somehow, some way she will have made it better. That is just who she is,” he said. “She is still the best darn change maker I have ever known.” 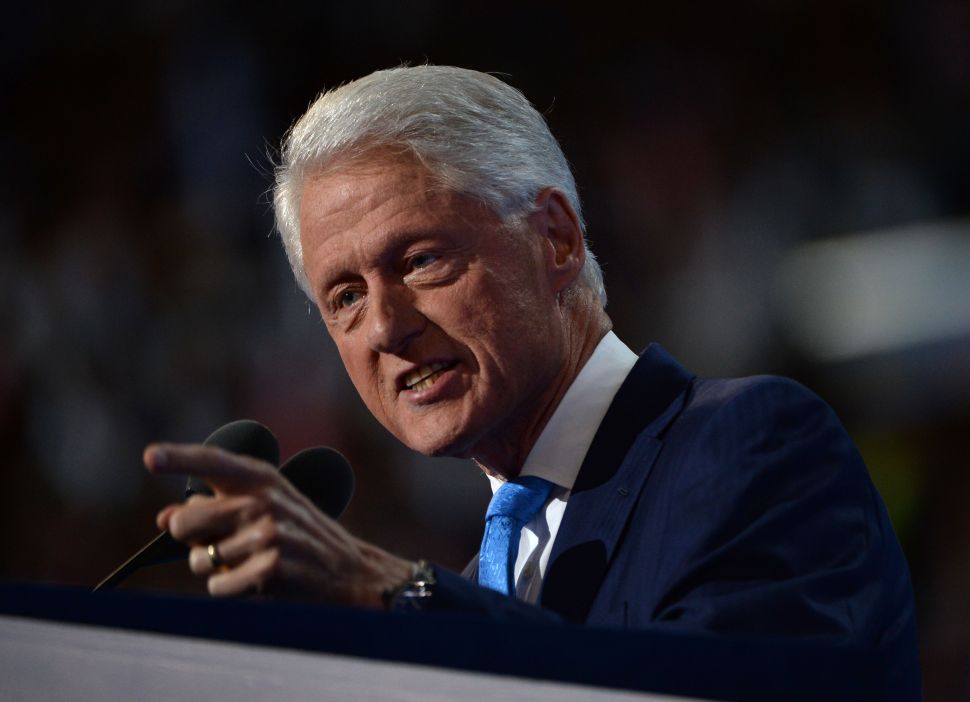