The VA spent millions on art—including a piece to honor blind veterans, which they would never see—while veterans struggled, according to a new report. (ABC News)

Vice chairman of Blackstone Group, a massive private equity fund that has recently—and very successfully—moved into the real estate and investment banking sectors, has generously opted to give back to us lowly plebs, in the form of a new museum, in Chelsea. The New York Times paints J. Tomilson Hill as a sort of art maverick, with no adviser, no desire to see his name on a wing at the Met, etc. His new creation, which will be called The Hill Art Foundation (guess he wants his name on something), will showcase the executive’s personal collection of Bacons Twomblys, Lichtensteins, Christopher Wools and more, and be housed in a new development condominium building on West 24th Street. But hey—we get to see his priceless wares! Though he probably gets a huge tax write-off… Ignore that. We all win and capitalism is working. (New York Times)

In other legal news, Mary Boone is suing a former Gagosian employee over the sale of two KAWS works. (Art Net News) 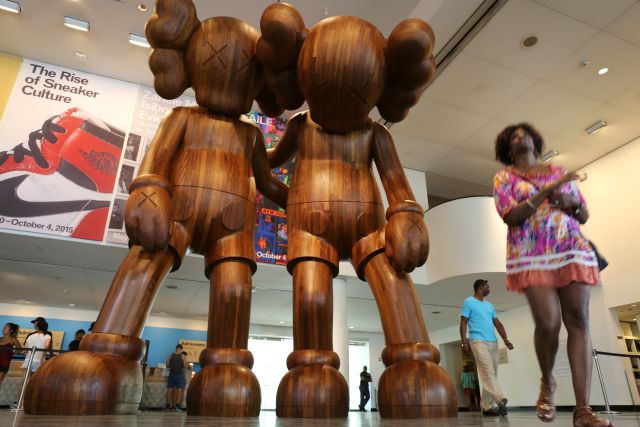