The Observer has exclusively learned that David Samson, a mentor to Chris Christie who was appointed by the governor Chairman of the Port Authority of New York and New Jersey, will plead guilty to a single felony charge as early as the end of this week. According to a former prosecutor with intimate knowledge of the players in what’s become known as the Bridgegate affair, “Samson will be indicted and plead guilty to a one-count felony. He will not be cooperating with the government. I don’t know the actual statute [under which Samson will be charged], but it’s related to the Chairman’s flight.”

The source is referring to allegations made regarding Mr. Samson’s personal travel. For several years, United Airlines—the largest airline at Newark Liberty Airport and thus a key relationship for the Port Authority, which operates the airport—operated a non-stop route between Newark and Columbia Metropolitan Airport in South Carolina, which is about 50 miles from Mr. Samson’s vacation home. Within days after Mr. Samson resignation from the Port Authority in late March 2014, United canceled the route, which was alleged to be often empty and money-losing. This gave rise to the impression that the company was running the entire route simply to curry favor with the influential chairman, who was presumably only to happy to accept “the Chairman’s Flight” — what amounted to a private plane subsidized by a company with which his agency did much business. In January of 2015, federal prosecutors subpoenaed records regarding this arrangement, and in September of last year, United CEO Jeff Smisek suddenly resigned over the probe.

According to the Observer’s source, the indictment will come “as early as the end of this week and definitely by next week.” He mentioned the deliberate pace of the United States Attorney for New Jersey, Paul Fishman, who happens to be Mr. Christie’s successor. “One thing I’ve learned about Fishman is that whenever you think something’s happening tomorrow, even when you’re the one involved in it, it ends up not happening. It happens, but he’s the slowest guy on the planet.”

In April of 2015, Mr. Samson retired from the politically connected firm that bore his name, Wolff & Samson, citing declining health. The firm, which is located on a lush campus in West Orange and hosted several meeting for Chris Christie’s political team during his first run for governor in 2009, rechristened itself Chiesa Shahinian & Giantomasi P.C. and is now headed by former state Attorney General Jeff Chiesa, who was appointed by Christie to fill the US Senate seat of Frank Lautenberg following his death.

One aspect of this breaking news that surprised the former prosecutor who spoke to the Observer is that Samson is evidently opting not to cooperate with the prosecution and testify against others. That means he won’t be implicating fellow Port Authority employees such as former Deputy Executive Director Bill Baroni, who was indicted in May 2015 and faces multiple counts of conspiracy and fraud related to the shutting down of several lanes of traffic on the George Washington Bridge. And of course, it also removes any threat Christie himself may have been facing over possible revelations from a cooperating Samson.

The decision not to cooperate came as a surprise to the former prosecutor who spoke to the Observer, even as the plea itself did not. “Everyone thought this was coming. Everyone expected it. But he’s not cooperating, which means he’s going to rely on … the prosecutor will ask for a lot and he’ll leave it up to the judge.”

A call to Mr. Samson’s lawyer, Justin Walder, was not immediately returned; this breaking story will be updated to reflect additional information as it’s gathered. 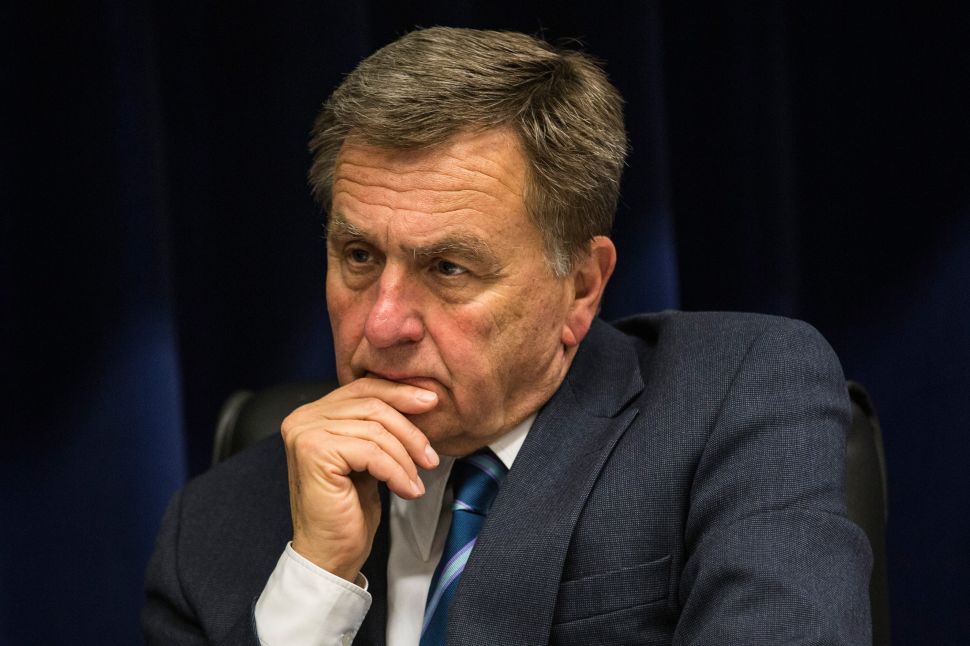