It’s all so predictable in Britain: the public are asses to immigrants, big business is nuts about Brexit and the media obsesses about how similar the new Prime Minister is to Margaret Thatcher. Yes, that’s right, hacks are giggling nervously about things the rest of us learned in high school biology.

Consider the circumstances: we’ve just had a one-candidate coronation. In times of change, May promises stability. She’s dour and straight-laced and even a vicar’s daughter. All this was equally true of Brown, who once advertised himself as “not flash, just Gordon.”

Both claim to be the antidote to the shallow PR men who came before. In May’s case, David Cameron. For Brown, Tony Blair. They both resisted having a general election straight away and thus avoided the need for public approval of their appointments.

Both Brown and May make a virtue of avoiding bars in Westminster and gossiping about colleagues. In fact, they are both holier-than-thou in almost every respect—almost.

Do not be fooled by this faux piety. It doesn’t take much scratching of the surface to spot a pretty huge hypocrisy.

May became PM this week after one of the most brutal smears of a political rival in British political history. Her opponent, Andrea Leadsom, was left so traumatized by the campaign she pulled out before the vote took place, and even apologized to May for daring to run!

First, Leadsom faced a dubious allegation of attacking May for never having children. Then, her CV was pulled apart by people who spoke with authority but really didn’t know all that much. The campaign was bottom-of-the-barrel stuff—exactly what the public hates about the Westminster establishment.

One of Leadsom’s supporters, Tim Loughton, was so furious about how she was treated that he took to the media to offer a thinly veiled attack on May. He said: “Colleagues who have chosen to further their own ends by putting smear above respect will no doubt account for their motivations, but it is genuinely puzzling to understand who they think they are helping. It is certainly not our party or our constituents.”

The truth about May is that she isn’t a smear merchant or a negative campaigner because she doesn’t have to be. She is just like Brown in that she has surrounded herself with some of the nastiest political hatchetmen in the country.

They ran the media operation that broke Leadsom and, just as the Brown equivalents made sure Labour members never got to vote on his takeover, so will the Conservatives also be denied. May’s people might like to congratulate themselves on this stunning achievement, but before uncorking the champagne they should recall what happened to Brown after that.

Brown’s premiership began to fall apart when his nefarious tactics were exposed, and he was forced to rein them in. It happened because of the activities of his spin doctor: Damian McBride. McBride is polite in normal life, but a foul-smelling political bully when he’s at work.

In 2009, less than two years into Brown’s premiership, McBride was caught telling the media a pack of lies about the sexual habits of his political opponents’ wives. At the time, McBride rightly resigned in disgrace, but Brown was unwilling to reveal how much he had known about his taxpayer-funded minion’s activities.

Still, the damage was done. Brown lost the man who had, from the outset, held his leadership together through fear.

So far May has done everything Brown did and has sold herself as having the same values. If she continues to follow him this closely, we can only assume her hatchetmen will be exposed as Brown’s were.

She will be forced to respond by curtailing their activities and her premiership will die after a miserable three-year stretch.

Call it fate if you like, but actually, it’s just the inevitable churn of history. We shall see if this depressing prediction comes true. 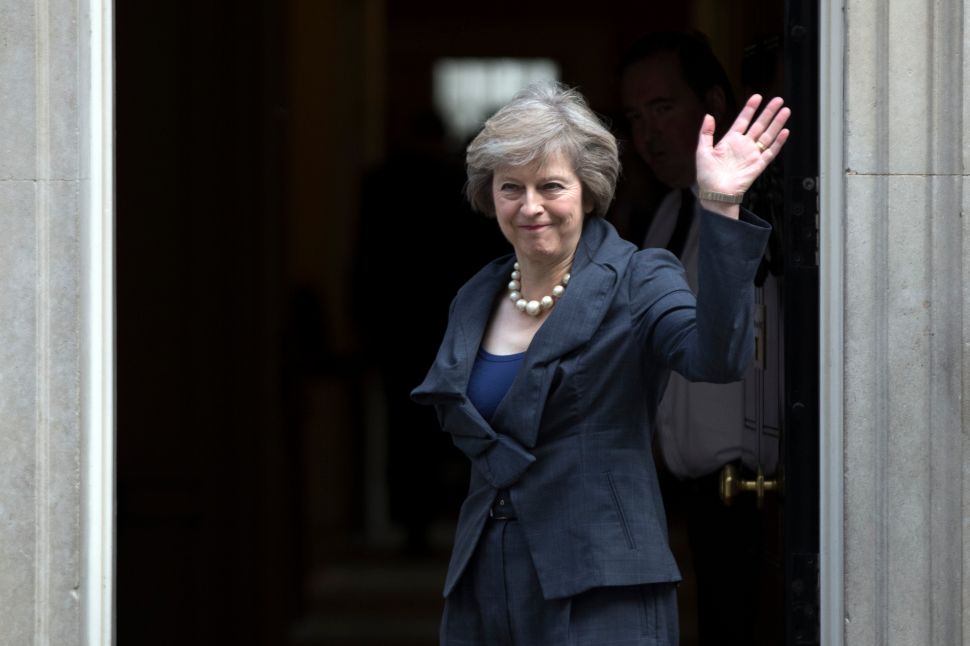