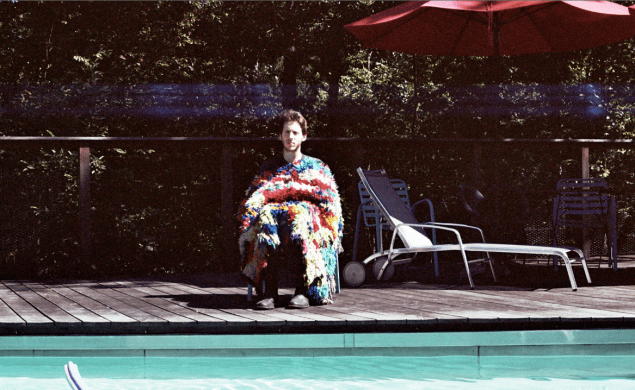 There’s been much to do this year about jazz’s amoeba-like qualities infiltrating popular music. Co-mingling with other genres and distancing itself from the bougie annals of hipster obscurity, the more adventurous artists reach out of their comfort zones and find in jazz a new entry into playing improvised music.

Among such genres, the rigid and locked-in rhythms of electronica seem like a particularly odd pairing, though. Jazz works when distinctly human factors like breath and playing style impose challenge on a song’s structure and form, and that human element remains something that mainstream electronic music often struggles to capture.

But more electronic artists than ever right now are grasping for that realness, that human presence, their laptops more of a jumping off point for instrumentation than a single, crucial element to the music’s existence. Pantha Du Prince’s evolving electronic soundscapes met the skilled hands of two players this year with the release of his first album in six years, The Triad. Sam Shepherd, the British DJ and composer who records as Floating Points, released a stunning first full-length last year called Elaenia that found him merging immaculate modal jazz themes with mellow electronic ambience, tethered by the warm tone of his Rhodes electronic piano.

When I step into an innocuous apartment in Ridgewood, Queens, a Rhodes sits in the corner of its cleared-out living room. Saxophonist and keyboardist Will Epstein’s debut LP as High Water, Crush, will come out on Brooklyn label Other People the next week, and Epstein’s decided to celebrate the album’s completion with this tiny show at a buddy’s place. His buddy’s name is also Will, and like the majority of Epstein’s friends who’ve shown up, they’re friends from the 25-year-old musician’s time spent at Brown.

Other People was started by Nicolas Jaar, a prodigious Chilean-American New York electronic artist, in 2013. A respected name in the avant-garde electronica community, Jaar’s most popular project Darkside (currently defunct,) a collaboration with mutual friend Dave Harrington and his treated but understated guitar improvisations, saw Epstein opening shows for his friends to thousands of people all over the world.

Other People released Dave Harrington Group’s debut, Become Alive, last spring. And now with Crush, with a groovy but personal record of singer-songwriter music centered around his Rhodes that features Jaar’s production and Harrington’s guitar work, Epstein finally assumes the role of bandleader with an earned and reciprocal level of help from his friends. 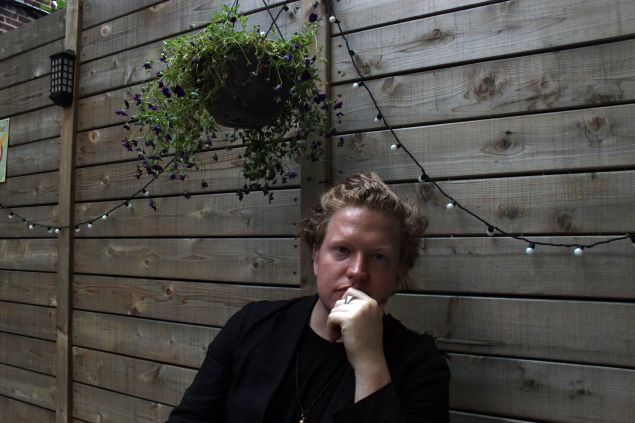 Though Epstein and Jaar grew up together downtown, Harrington said that his meeting Epstein at Brown when a musical mentor recommended the two work together, was the beginning of Other People’s OG crew. “Me and my buddies immediately drafted 18-year-old Will into our college, basement, psych-jazz party band,” he remembers. “Improvisation is also a lot of the thru-line between all of us because that’s totally how I met Will, and then Will was the one who introduced me to Nico.”

You might not hear jazz the first time you listen to Crush. It’s definitely a collection of slow-jams, ballads and groovy musings that strongly rely on simple structure and form. But several bits of sonic abstraction ease you in and out of the songs. Epstein’s saxophone surfaces as a textural tool, too, never overpowering his piano playing or his earnest, urgent cries. Sparse beats surface to keep the groove on track, allowing the songs to flirt with the form of R&B but still keep one foot firmly in the unclassifiable.

In his friend Will’s living room, though, surrounded by friends, family and candlelight, Epstein’s improvisational spirit won’t settle down.

He performs the songs from Crush as a trio, with Harrington on guitar and Spencer Zahn from Twin Shadow on double bass. The beats from the studio versions are gone, replaced by glorious walking bass and Epstein’s firm command of his chords. The saxophone still underscores the music’s texture, too, realized through Epstein riffing for a few bars in key to the music, recording the parts, then sampling them back while he plays his Rhodes.

When the sun’s gone down his friends intuitively stop talking about Brexit, grab a German tallboy from the stocked fridge, and head to the living room. Someone complains about how hot it is. “Well, the only light in here is fire!” Epstein says with a laugh.

We’re likely never going to hear these Crush songs played with this same intimate improvisational style again, and that’s O.K. When Epstein plays with his old friend Jaar, his aptitude for adding warmth and texture to electronic sounds comes to the fore. When he tours with Harrington’s group, the jazz and the jam take over. All members of the Other People crew have the ability to both write cohesive songs and create from an abstract place. They create new work together immersed in the ether between those sonic worlds. 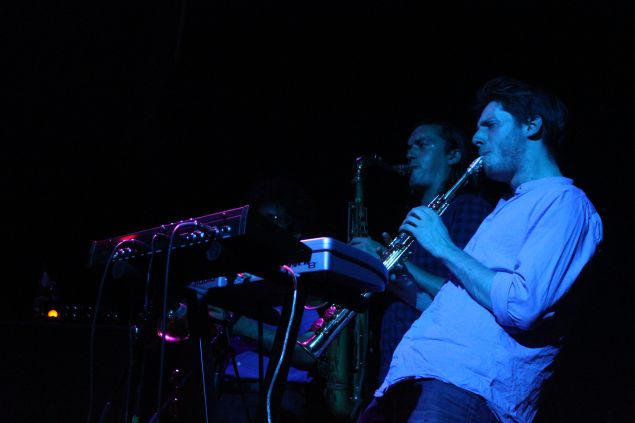 Epstein sharing Crush with the world feels cathartic for him, and though he doesn’t know where the yearning behind these songs came from, he’s ecstatic to finally let it out. “It was very unwieldy at first,” he recalls. “I was just playing my saxophone and kind of yelling. It was very intense. I just felt possessed by it.”

His words expose the fundamental thing that every “press play” laptop artiste seems to forget—when you take the time to play real sounds, people feel it. That’s a truism not just exclusive to jazz or the ethereal, unclassifiable music he makes with Jaar, but his solo music, too.

“The singer-songwriter thing feels more abstract to me than abstract improvisation, just because that’s just what I’ve done for the longest, and it’s very natural to me,” he says. “I want my lyric writing and my singing to be as instinctual and as fluid as just picking up the horn and playing.”

Epstein achieves this fluidity effortlessly—you would have never expected an impromptu, off-the-cuff cover of Bob Dylan’s “I dreamed I Saw Saint Augustine” as an encore at that living room show, but the Other People crew pulls it off. When he forgets the words to a few verses, Epstein mumbles through them in true Dylan fashion.

“These are the things that I love,” he says, “and I don’t love them in different ways. Bob is the great prophet. Listening to a Dylan record is a little different from listening to a Cannonball Adderley record, but it’s not that different to me really, and I like them for the same reasons, mostly. Intensity, melody and yearning and a deep spirit of searching. The music has a lot of searching.” 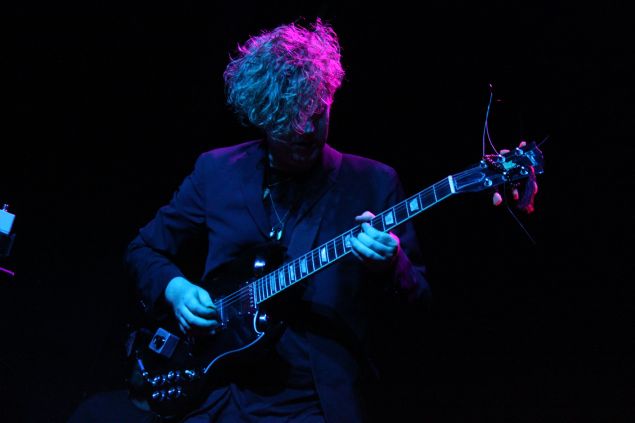 Hence Epstein can switch effortlessly between projects simply by making sure whatever genre he’s into evokes that sort of feeling. On this Friday he’s debuting the High Water material live for his friends. He’ll play one more such show at the apartment that Sunday, but in between he’s at the service of Harrington.

Chris Tart, the main man behind up-and-coming avant-garde show promoters and hot-sauce peddlers Tango Presents, booked Harrington to perform an improvised set as a de-facto after-party for Dead & Company’s Citifield show that Saturday in between those High Water gigs.

Inspired by the acid tests that gave birth to The Grateful Dead, Harrington assembles an eight-piece band he dubs ‘Dave Harrington’s Merry Pranksters.’ In addition to the other friends, Spencer Zahn plays an electric bass and Will Epstein pulls double duty with both his bari sax and some synthesizers. There’s a lot of ambient noodling, textural stuff reminiscent of Dave Harrington Group’s Become Alive, and it all sounds righteous. When they lock in, though, their jammy space crescendos switch from the wide-screen cinematic swells of Gilmour-era Floyd to conjure the groovy communal vibes of a line parade led by Dr. John with little notice.

Epstein, Harrington, Jaar and everyone in the OtherPeople fam co-mingle, co-collaborate and spread out because they trust each other’s tastes and perspectives. “You bring people in, you bring people out,” says Harrington, explaining a sort-of ‘session musician’s rationale’ that governs how they all hop around between projects. “It’s happened very naturally because Nico has very open ears and he’s open in a lot of different kinds of music. All of the stuff the label puts out reflects that, and that’s why I like being a part of it.”

For Epstein, the time to be most open is when playing live with his friends. “Live music is a very different thing than recorded music, and the most important thing is presence,” he says. “The best thing about a song to me is that you can play it in any number of ways. It’s like a totem you can hold and manipulate.” 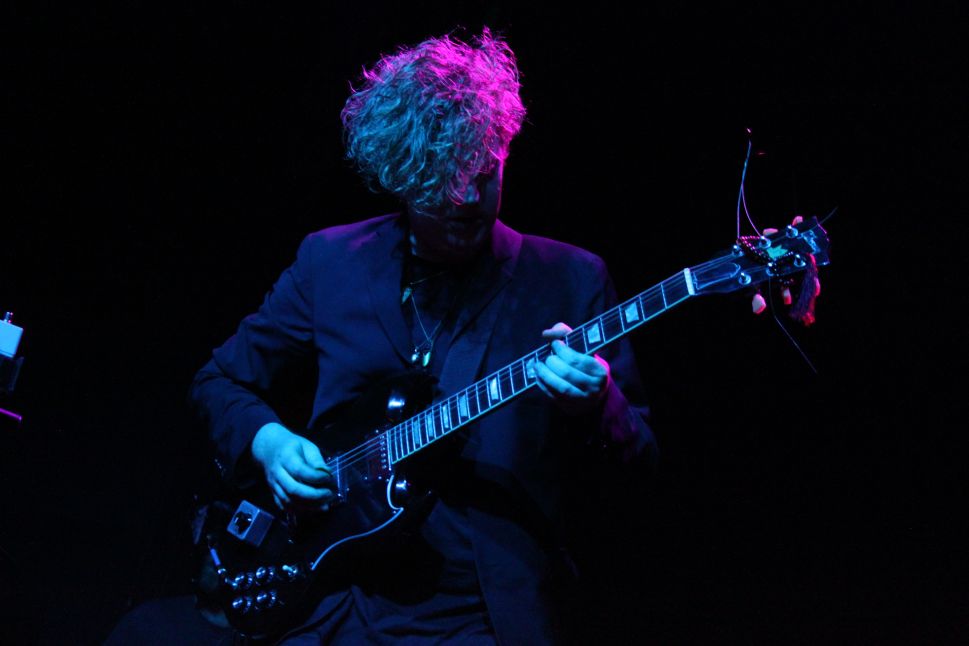