PHILADELPHIA — One state lawmaker at the center of New Jersey’s own recent rapprochement between opposed Democrats weighed in on the bad blood between Clinton and Sanders supporters at the Democratic National Convention. Hacked DNC emails notwithstanding, Assembly Budget Committee Chairman Gary Schaer (D-36) believes Democrats across the country need to unite behind Clinton or accept a Trump presidency.

New Jersey Democrats will be facing a challenge of their own on Friday, when a bill slated for a contentious override effort will be going to Schaer’s committee for approval.

Schaer, who recently met with State Senate President Steve Sweeney (D-3) and Assembly Speaker Vince Prieto (D-32) to devise a strategy for a potential override of Governor Chris Christie on a plan to fund the state’s ailing Transportation Trust Fund, said that Democrats and progressives need to focus on their common objective.

“I think the Democrats have got to recognize that although Clinton might not be their first choice, that compared to Trump she is their only choice,” Schaer said from the convention hall. “I’m confident that at the end of the day we’ll work things out. We’ll find a resolution, we’ll come together and elect a Democrat as the next president of the United States. We have no choice.”

Sweeney and Prieto had diverged on their how to push through a gas tax hike to fund the TTF, with Prieto opting to cut a deal with Christie for an alternate plan rather than put Sweeney’s favored plan to a close Assembly vote. Though the state Senate has voted to override Christie before, the Assembly has always fallen short. The episode has been the latest in a series of high-profile disagreements between the two, indlucing on a proposed state takeover of Atlantic City.

Schaer said that he, Sweeney, Prieto and majority leaders Loretta Weinberg (D-37) and Lou Greenwald (D-6) have been in talks to bring more Assembly members on board for an override. If it succeeds, the state would phase out its estate tax to offset a 23-cent per gallon gas tax increase. Christie’s plan to reduce the sales tax instead would cost the state $1.7 billion in lost tax revenue, twice as much as the as the estate tax phase-out.

Schaer said they are as committed to the override as they are to electing a Democrat to the White House.

“We had a meeting with the Speaker and the majority leaders, and the Senate President committed the Senate,” Schaer said. “And committed to be helpful to provide the votes necessary for override to the Assembly.  We’re looking forward to him fulfilling that commitment and that pledge.” 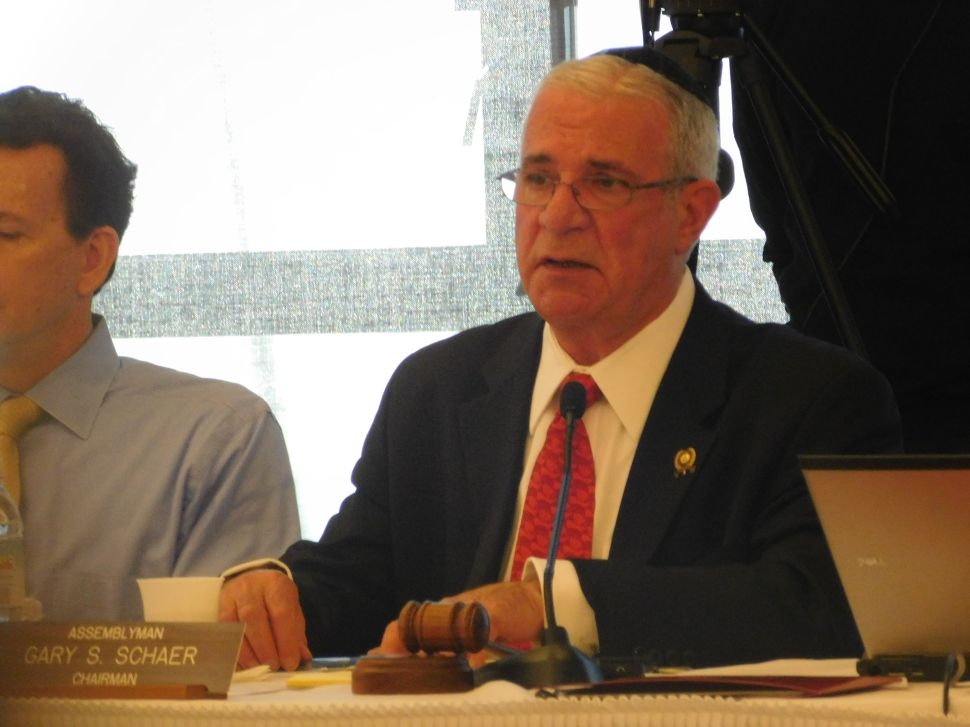