A month after the California primary, Hillary Clinton’s initial lead of 12 points has diminished to seven—still a substantial win, but not convincing enough to halt state-wide investigations into voter fraud.

The controversy stems from California’s semi-open policy allowing voters who aren’t registered Democrats to participate in the primary. Thousands of provisional ballots were cast, but these voters were not allowed to use the same ballot as Democrats—if they didn’t obtain a special crossover ballot, their vote was nullified.

“Independent voters may have been disenfranchised during the June 7th primary because of unusual rules that don’t apply to voters who register under a party,” wrote Judy Frankel for Huffington Post. “Independents, falling under the category of No Party Preference (NPP), needed to use special ‘crossover’ ballots in certain California counties – Los Angeles, San Francisco, and San Diego being among them – to vote for president.”

A grassroots organization, Watch The Vote, is collecting complaints to show a civil grand jury the various ways voters were disenfranchised during the California primary. According to Kelly Mordecai, director of Watch the Vote, a civil grand jury provides an expedited way for citizens to have their voices heard—easier, in many ways, than filing a lawsuit. Watch The Vote’s hope isn’t to overturn the primary results, but rather to prevent tampering and ensure a uniform, fair and reliable voting process for all voters—regardless of the political party with which they’re identified.

Many independent voters mistakenly registered with the American Independent Party—a little known ultra-conservative party that could not vote in the Democratic primaries. A Los Angeles Times investigation found three out of four people registered with the party did so by mistake—totaling almost half a million voters.

Even worse, a CBS News investigation found hundreds of deceased voters in Los Angeles County were still on voter rolls and voting. This discrepancy should have been corrected by the 2002 Help America Vote Act, but California is the only state yet to comply.

“The problem is California has been the most derelict state in the country in implementing statewide databases that are required under federal law. They just blew it off for over a decade,” J. Christian Adams of the Public Interest Legal Foundation told CBS News.

Leading up to the primaries, state election officials were investigating why and how the voter data of millions of Californians was posted online by a third party, despite public disclosure laws.

Voter tampering has been frequently cited in California, with many alleging their party registration was changed without their consent. In Riverside County, district attorney Mike Hestrin confirmed voters’ party affiliations were changed without their knowledge, and the San Francisco Examiner reported 1,400 voters in San Francisco were mailed the wrong party ballots before the primaries.

Voter suppression was also perpetuated by the media. Based on information from anonymous super delegates, the Associated Press formally called the Democratic primaries for Hillary Clinton on the night before the primary began, with most other major media outlets following suit.

“This is the perfect symbolic ending to the Democratic Party primary: The nomination is consecrated by a media organization, on a day when nobody voted, based on secret discussions with anonymous establishment insiders and donors whose identities the media organization—incredibly—conceals,” wrote Glenn Greenwald for The Intercept. “The decisive edifice of super delegates is itself anti-democratic and inherently corrupt: designed to prevent actual voters from making choices that the party establishment dislikes. But for a party run by insiders and funded by corporate interests, it’s only fitting that its nomination process ends with such an ignominious, awkward, and undemocratic sputter.”

As Clinton supporters and pro-Clinton journalists noted throughout the primaries, Hillary Clinton won because more people voted for her—but the manner by which she obtained victory is a disgrace for American democracy.

In nearly every state where Clinton saw a marginal victory over Bernie Sanders, the primary voting rules overwhelmingly favored Clinton supporters. Sanders, the longest serving independent in the history of Congress, inspired millions of disenfranchised voters affiliated as independent and Democrat. Unfortunately for independent voters, the bureaucracy and obstacles in place for one to vote in the Democratic primary prevented thousands of ballots from being cast for Bernie Sanders.

Voter fraud and suppression wasn’t limited to California—well-documented cases littered the primaries, with no solution rendered to those who were barred from exercising their right to vote. In Arizona, voters waited hours in line because 85 percent of polling locations were cut to save money. In New York, over 120,000 voters were inexplicably purged from voter rolls in a closed primary state where independent voters had to switch their affiliation six months before the primaries. In Massachusetts, Bill Clinton entered a polling station, drawing crowds so large they disrupted voters’ ability to cast their ballots. Clinton exploited a loophole in electioneering laws, claiming he could go in as long as he didn’t approach voters—but with his recognition, he knew people were bound to approach him. He repeated the same stunt in Illinois, but remained outside to avoid similar controversy.

The Democratic Party planned for Hillary Clinton to be their presidential nominee long before the primaries began. Prior to the Iowa caucuses, over 400 super delegates formally supported her candidacy—more than any other candidate in the Democratic primaries since the super delegate system was first introduced. Documents released in the Guccifer 2.0 hacks of DNC servers confirm the DNC, led by Clinton’s 2008 campaign co-chair, Debbie Wasserman Schultz, strategized around Clinton being the nominee as early as May 2015.

The mainstream media is also to blame for manufacturing Clinton’s coronation. CNN accepted and published an op-ed discrediting Bernie Sanders—written by a corporate lobbyist and edited by David Brock, but published under Atlanta Mayor Kasim Reed’s name. Daily Beast’s Olivia Nuzzi claimed she was pitched a story about Bernie Bros by the Clinton Campaign. The Bernie Bros narrative was the most prolific smear campaign of the Democratic primaries, as the mainstream media stained Sanders supporters as white male sexists. Nearly every major newspaper in the country formally endorsed Hillary Clinton, and their coverage of the Democratic primaries, from opinion columns to reporting, either blacked out Sanders or discredited his campaign.

Across the board, the DNC has failed to ensure a fair and balanced democratic process throughout the primaries. Americans are now faced with two of the most unfavorable and disliked presidential candidates in the past 10 presidential cycles, according to FiveThirtyEight. In terms of favorability, Bernie Sanders is 2016’s most popular candidate, but his penchant for activism over partisan politics ensured the Democratic Establishment would do everything in their power to prevent him from winning. 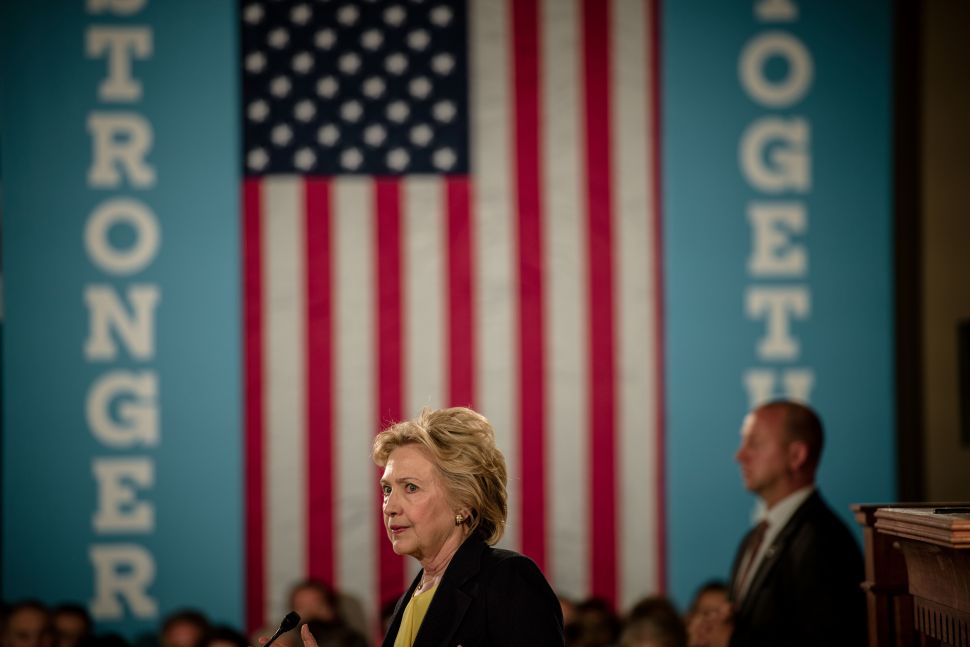