Well before the eighties, and before his governorship of California, Reagan ramped up his extraordinary political career in the early sixties by charging hard onto the national stage from the right. Known for a sunny optimism that masked his legislative venality, Reagan shot to national prominence as a strong arch-conservative whose unsparing vision for the country was laid out in no uncertain terms in his seminal speech, “A Time for Choosing.” Although it leaves me a little cold and is not nearly as emotionally stirring as Reagan greats “The Boys of Pointe Du Hoc,” or “Tear Down This Wall”—which make me cry like they’re “Watership Down”—today, this work is considered in a class with the great political speeches of Roosevelt, Lincoln or Obama. Reagan delivered it on a televised special intended to promote Arizona Sen. Barry Goldwater just weeks before voters headed to the polls to deliver the not-a-lot-of-laughs right wing ideologue one of the great electoral drubbings of modern times.

Reagan’s stirring words lit a fire and framed America’s identity at home and around the world, as warriors against the darkness of communism. They also went the extra polarizing mile by forcefully pre-sorting his own country’s people into us-and-them camps, placing our government on near par with communism.

Reagan positioned the time as a stark moment for humanity, and point-blank forced a choice encapsulating the urgency of the times. Whether one stood for freedom or its opposite, an oppressive government—Soviet communism or big, bloated American-style—both were portrayed as equally evil.

In “A Time for Choosing,” Reagan powerfully positioned the political as not perception but the personal. American life was, as he and the movement defined it, a choice for Republicans. Essentially, to what you hew, your philosophy, your core values and the tightness of your grip on conservatism—or its on you—determined your value and credibility as an American.

There was a fundamental selection with no room for prevarication to be made in that moment, between Reagan-edified polar opposite tropes of capitalism versus socialism, greatness versus ruin, personal freedom versus government strangulation. He was clear that this Republicanism, this Ronald Reagan strain, was American greatness.

Donald Trump, whose exterior is wrapped in synthetic fabric, dipped in lard and slathered with self tanner, doesn’t even have that.

As somebody who tries to think about Ronald Reagan as little as humanly possible, he’s been top-of-mind lately.

I can’t shake “A Time for Choosing,” given the choice that Reagan’s party faces today as it stares open-mouthed in horror, lust, or both at Donald J. Trump. Reagan accomplished many things in this speech—he quickly framed and deftly articulated modern conservatism as defined by the Republican party for a half century. He managed to throw red meat at the base, while theoretically opening conservatism up to the many; established a big-government equivalent of Arya Stark’s Kill List (take that, Tennessee Valley Authority!) and in one moment established himself as not just a thinker, a theorist, an idea generator, but an extraordinarily adept politician and articulator. Two very different things, usually.

Ronald Reagan also ensured, for that half century, no matter who occupied the White House or held Congress, his conservatism—his Republicanism—was the enduring frame of our political conversation. Sometimes it expanded, sometimes it contracted, but it was never out of sight.

Fast forward. Once again, it’s a time for choosing for Republicans. Simply this: Does Donald Trump speak for you?

Today, it’s the only question that matters. It’s a time for choosing. It’s cut-and-dry, black-and-white, yes-or-no.

Does Donald Trump speak for you?

Every Republican voter has to choose. And, much more than that, every Republican candidate or elected official, from a potential VEEP pick to untold governors, senators, Congress members and legislators from the statehouse to the school board to—for all I know—dog catcher has to publicly, here and now, answer that fundamental question.

Do you stand with a man who proudly brags of rounding up over 11 million Latinos living in this country, banging on their doors in a twisted fantasy that would play out as if “The Purge” and The Trail of Tears had a cruel baby, and expelling them from the country—a gesture so inexcusably lacking in humanity that it should turn the stomach of any decent person?

This is your time to choose. Answer us.

Ronald Reagan’s lifelong reverence, not just for capital but for the rich themselves, interestingly provided a space, or maybe a vacuum, for the decade of greed, excess, apathy and cruelty—and MTV—in which Donald Trump loomed large as an exemplar and is now a living fossil. Or, perhaps he is that drunk guest who won’t leave, who continues to blather about himself in a haze of grandiosity hours after the party has ended.

Republicans need to answer, privately and publicly, whether they think Donald Trump has the bearing, judgement, temperament and combination of heart and grit that make a good president great. Ronald Reagan, though I despised him as president, had that grace and dignity—at least on the outside.

Donald Trump, whose exterior is wrapped in synthetic fabric, dipped in lard and slathered with self tanner, doesn’t even have that.

Does a man who has made millions of voters all of a sudden gaze adoringly at George W. Bush—whose presidency is widely acknowledged to be one of the greatest disasters in history, and whose administration brazenly lied its way into war—speak for you?

If not? Then back away from Donald Trump. Disavow him in no uncertain terms. Refuse to share a ticket or vote for that ticket. Write in Jeb Bush, Marco Rubio, Ted Cruz, Carly Fiorina, Paul Ryan or any of the other cowards toward whom Donald Trump threw shade so weak and sophomoric that a six-year-old could have deflected it back.

Write in Ronald Reagan. Vote or run as an independent. Risk provoking his twitter mob and the torch-welding villagers and Spencer-and-Heidi types who now, apparently, make up the Republican base—because literally those Trump rallies look like a casting call for some panicky “Deliverance” meets “The Hills” mash up.

Have the guts. Stand for something. Make it clear that Donald Trump and his worldview do not speak for you. Unless, of course, they do. In that case, double down and own it.

It’s his time—and now it’s Donald Trump’s Republican party.  But it’s your time for choosing. What’s it gonna be? 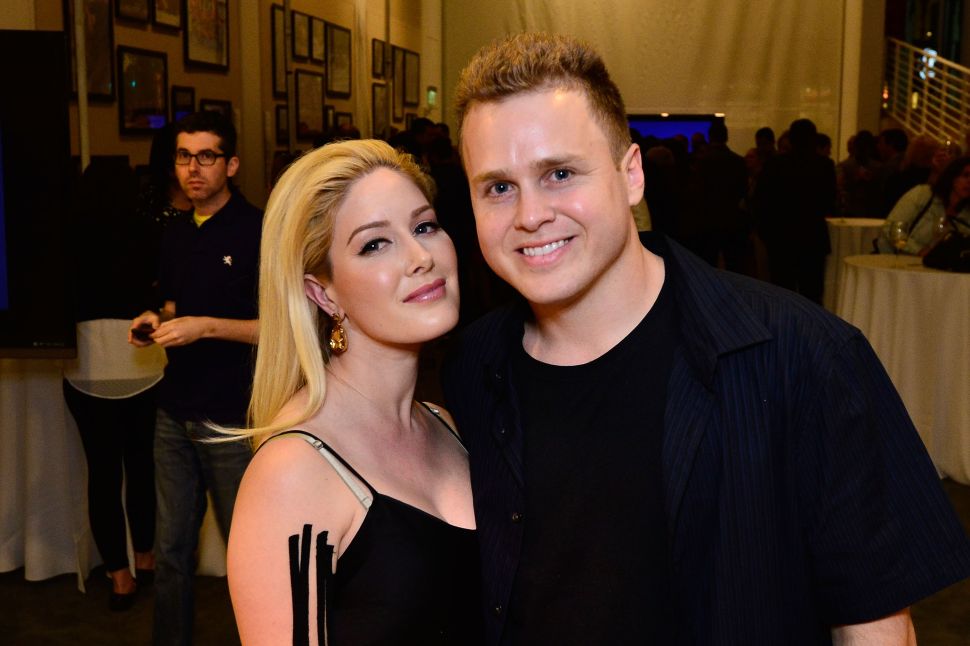