This is going to be an article about a psychologist who has developed a programmatic way for people to cope with their stubbornly self-defeating pattern of procrastination. But more about that later.

Before meeting Dr. Robert Schachter, founder of the Procrastination Centers of America and assistant clinical professor in the department of psychiatry at the Icahn School of Medicine at Mount Sinai Hospital, let’s ponder the problem. Procrastination is a subset of anxiety and depression and a salient feature of Attention Deficit Disorder. Among adults it’s estimated that 1 in 5 succumb to an automatically triggered pattern of putting things off, and with students the numbers jump to 70 percent. Procrastination eats up two full working days out of every American employee’s monthly output, at a cost of $600 billion a year in productivity; the credit card advisory firm R.K. Hammer found that in 2015 American consumers shelled out $11.5 billion just in credit card late fees. On a more ephemeral and yet personal level, it devours potential and spits out dreams.

The complexity of the problem is so daunting: There is a commitment to an ingrained behavior masking so much balled-up anxiety that a person who is merely writing about it first had to clean his apartment, make a Tom Colicchio-like elaborate sandwich representing the five basic food groups and the better part of 20 minutes’ effort, send out a slew of text messages, impulsively order T-shirts online, and then, in a panic, think of ways to phone the whole assignment in.

Finally, I caught the last train that would allow me to make the interview at Dr. Schachter’s East 57th Street office on time.

Well then, here’s more you might recognize: There are 20 types of procrastination behavior patterns listed on Procrastination Centers’ website, which I read en route to the interview while my train idled in a tunnel between stations. I wound up 10 minutes late.

1. You are not able to correctly estimate the amount of time for a task. The task takes longer than you think, or you have too short a time to do it.

It could be they’ve lost considerable amounts of money, botched a golden opportunity or desperately pulled the last straw in a lifetime-sized haystack of chaotic mismanagement.

So Dr. Schachter turns out to be just what one might hope for in a psychotherapist. He’s 60ish, graying with piercing blue-green eyes, and his soothing, measured voice is the cornerstone of a self-assured demeanor not unlike Michael Rennie in The Day the Earth Stood Still.

The type of cognitive therapy he applies to procrastination, Dr. Schachter explains, is based on the work of his mentor, Dr. David D. Burns, whose self-help book, Feeling Good: The New Mood Therapy, was a groundbreaking best seller in the 1980s.

Dr. Schachter speaks of his training with the enthusiasm of an acolyte. “This form of cognitive therapy is simply more powerful than anything I’ve ever seen. Working with him, Burns, you wind up studying all sorts of things, and he had all this interesting stuff about procrastination. And after putting it off for a while I decided that this was a very interesting topic for me,” he says without irony.

It would have to be a powerful form of therapy because people come to him for treatment, hoping that a relatively short-term fix (typically 20 sessions or less) can alter a deeply entrenched long-standing problem.

“I see many patients after they’ve been hit hard,” Dr. Schachter says—it could be they’ve lost considerable amounts of money, botched a golden opportunity or desperately pulled the last straw in a lifetime-sized haystack of chaotic mismanagement. “People don’t come to me because they want to,” he continues. “They come to me because they have to.”

Most patients who seek his services arrive with a cluster of issues, but Dr. Schachter analyzes a common cause: POSS, or “Piece of Shit Syndrome.” The malady he coined “underlies so many negative feelings people have about themselves. And procrastination is a good way to keep feeling bad.”

“We all learn patterns of behavior for a range of different reasons,” he goes on. “And those patterns become habits. With repetition, a corresponding ‘synaptic groove’ forms in the brain…so procrastination often is totally one of those habits, and you say, ‘Yeah, I ought to do that,’ and you don’t. When somebody wants help with this habit, one of the important things is helping them decide that they really, really want help because it takes tremendous effort…to override that groove.”

Taking action is merely the first step toward the cure. “People who wait to get in the mood will get stuck,” Dr. Schachter warns. “This is not something that’s done to you. You have to know it’s really hurting you.”

At the end of our session, Dr. Schachter prints out for me several pages labeled “Costs of Procrastination,” and on the fifth and last page the list concludes, “Feeling stress because you are late starting.” 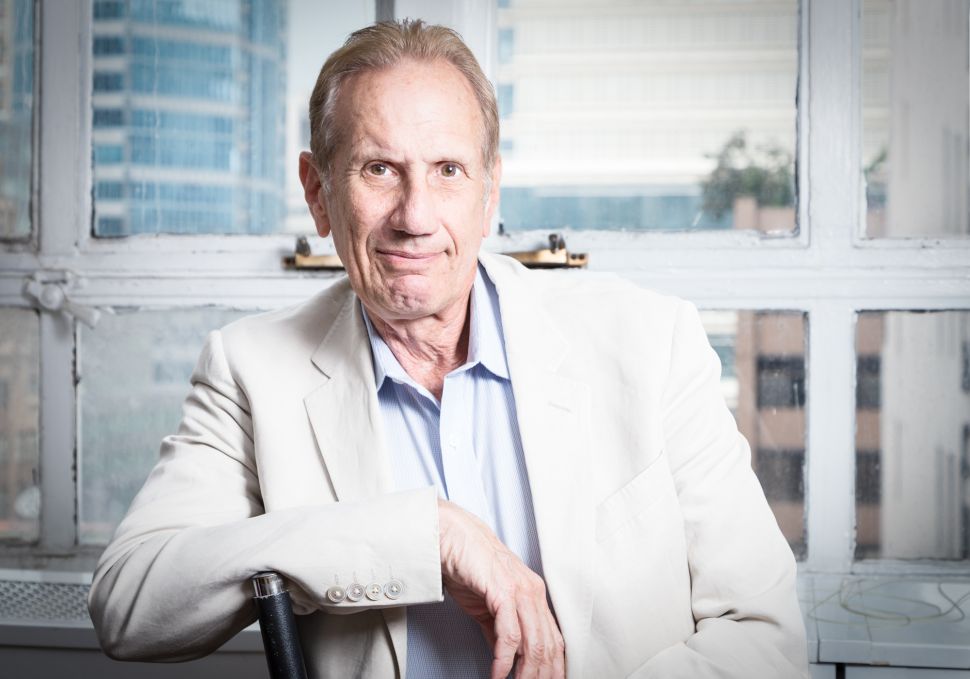