Nestled in the mountains of Dawodang, Kedu Town in the Guizhou Province of China is the largest and most powerful single-dish radio telescope in the world. With the installation of the final of its 4,450 panels just last week, the massive Five-hundred-meter Aperture Spherical Radio Telescope (FAST) is about to begin an unprecedented search for intelligent extraterrestrial life.

“FAST’s potential to discover an alien civilization will be 5 to 10 times that of current equipment, as it can see farther and darker planets,” said Peng Bo, Director of the National Astronomical Observation to state-run news agency Xinhua.

The project was first conceptualized in 1994 but it took years for the Chinese government to settle on an appropriate location for the telescope. The official green light was given in 2007 when Dawodang, Kedu was chosen due to its remote location and mountainous terrain. The area’s surrounding land formations will also help shelter the telescope’s precision instruments from interference caused by local radio waves.

The official construction of the FAST began in 2011 but came with a great human cost. First, the entire small population of a place called Green Village were permanently relocated to make room for the telescope’s enormous dish and support facilities. The 65 people of the village made up 12 families and were relatively closed off from the modern world due to their area’s natural land depression and enclosure by surrounding hills. These features saved the Chinese government from digging a hole the size of 30 soccer fields and from having to build a perimeter to protect it.

Xinhua then reported in February that a staggering 9,110 locals were forced to accept 10,000 yuan or about $1,500 for their homes and permanent relocation from the telescope’s surrounding area. This displacement was made to clear a 5-kilometer radio-silent perimeter around FAST to reduce any form of interference. Both the villagers and the thousands of locals have been moved to multiple settlements where the Chinese government claims they “enjoy better living standards.”

The FAST telescope itself cost 1.5 billion yuan or $180 million to build and when it begins the hunt for alien life in September, it will be the largest and most sensitive radio wave detector in the world — dwarfing the 305-meter Arecibo Observatory in Puerto Rico. FAST’s larger size and deeper dish will help radio astronomers detect fainter signals from more remote destinations in the universe.

As a radio telescope, FAST will be surveying distant galaxies and seeking out radio wave emissions from an array of star-orbiting worlds. While magnifying the search for a radio signal from an intelligent civilization, the telescope will also be used to study phenomenon like pulsars, quasars and other cosmic bodies that naturally emit radio waves.

“As the world’s largest single aperture telescope located at an extremely radio-quiet site, its scientific impact on astronomy will be extraordinary, and it will certainly revolutionize other areas of the natural sciences,” said Nan Rendong, Chief Scientist with the FAST project to Xinhua. The state-run newspaper also noted that among the Nobel prizes awarded for physics relating to astronomy, six were attributed to radio telescopes.

“The telescope is of great significance for humans to explore the universe and extraterrestrial civilizations,” said Liu Cixin, renowned science fiction author and winner of the 2015 Hugo Award for Best Novel. “I hope scientists can make epoch-making discoveries.” 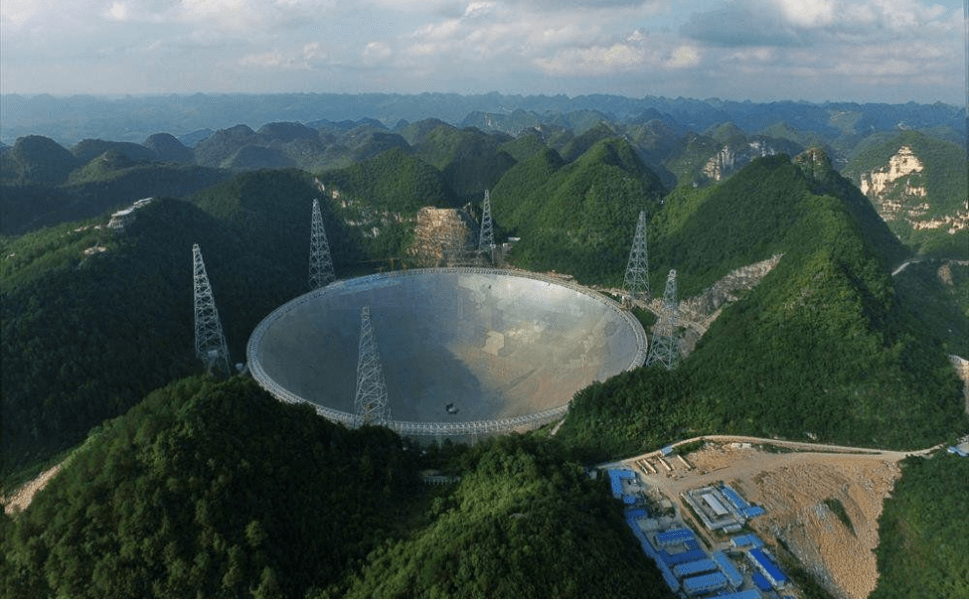