A Republican gubernatorial hopefuls is going after a Democratic rival over proposed changes to New Jersey’s school funding formula. Assemblyman Jack Ciattarelli (R-16) took a shot at Jersey City mayor Steve Fulop, calling for changes to the state’s school funding formula in light of what he described as Jersey City’s outsize share. Both men are expected to run in their parties’ respective primaries for the nomination in 2017.

Jersey City has been critics’ go-to example of how the current formula disproportionately offers aid to districts whose economic fortunes have reversed since it was last revised in 2008. Ciattarelli said that Fulop has neglected to mention the need for his city to relinquish its share of state funds for underfunded as he has boasted of its success in other areas.

Neither Ciattarelli nor Fulop have chosen a side in the debate over how to change the formula. While Governor Chris Christie has proposed offering flat funding to all districts regardless of tax income, Senate President Steve Sweeney (D-3) has proposed appointing a tax force to determine how to adjust the formula so that underfunded suburban districts stop losing out. Sweeney is also expected to mount a gubernatorial campaign of his own.

“The mayor’s boasts, which only add insult to injury to taxpayers across the state, call attention to just how terribly flawed and blatantly unfair the current distribution of state school aid is,” Ciattarelli wrote in a statement. “And it is exactly the reason we desperately need school funding reforms that are fair to taxpayers across the state.”

Ciattarelli was referring to an e-newsletter from Fulop.

“Without increasing taxes, we have been able to hire 150 additional police officers, increase the city’s open space by 10%, implement the state’s first paid sick leave policy, increase minimum wage for all city employees, and construct housing for homeless veterans,” Fulop had written. “We have also been able to lead the state in the number of construction starts, and have created more jobs than any other large city in New Jersey.”

“What the mayor never boasts, despite Jersey City’s economic fortunes, is weaning his school district off a state subsidy paid for the taxpayers of New Jersey,” Ciattarelli continued.

“Of Jersey City’s annual $665 million school budget, $420 million or 63 percent is paid for by citizens around the state – citizens who pay exorbitantly high property taxes because they’re subsidizing Jersey City’s school system.  After all subsidies, Jersey City pays less than 20 cents on the dollar for its schools.”

City spokeswoman Jennifer Morrill told the Jersey Journal that Ciattarelli would do well to remember that fact, saying that the longtime Assemblyman should “do his homework and look in the mirror.”

“Jersey City schools have been under state control for the last 30 years of which he has been part of the Trenton establishment,” Morrill said. 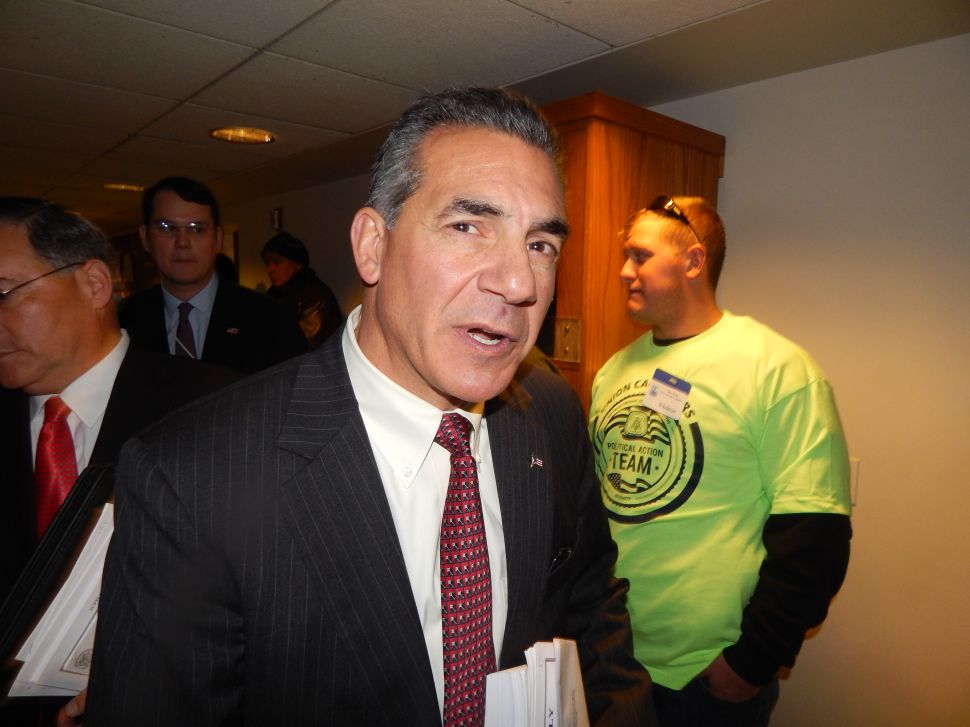