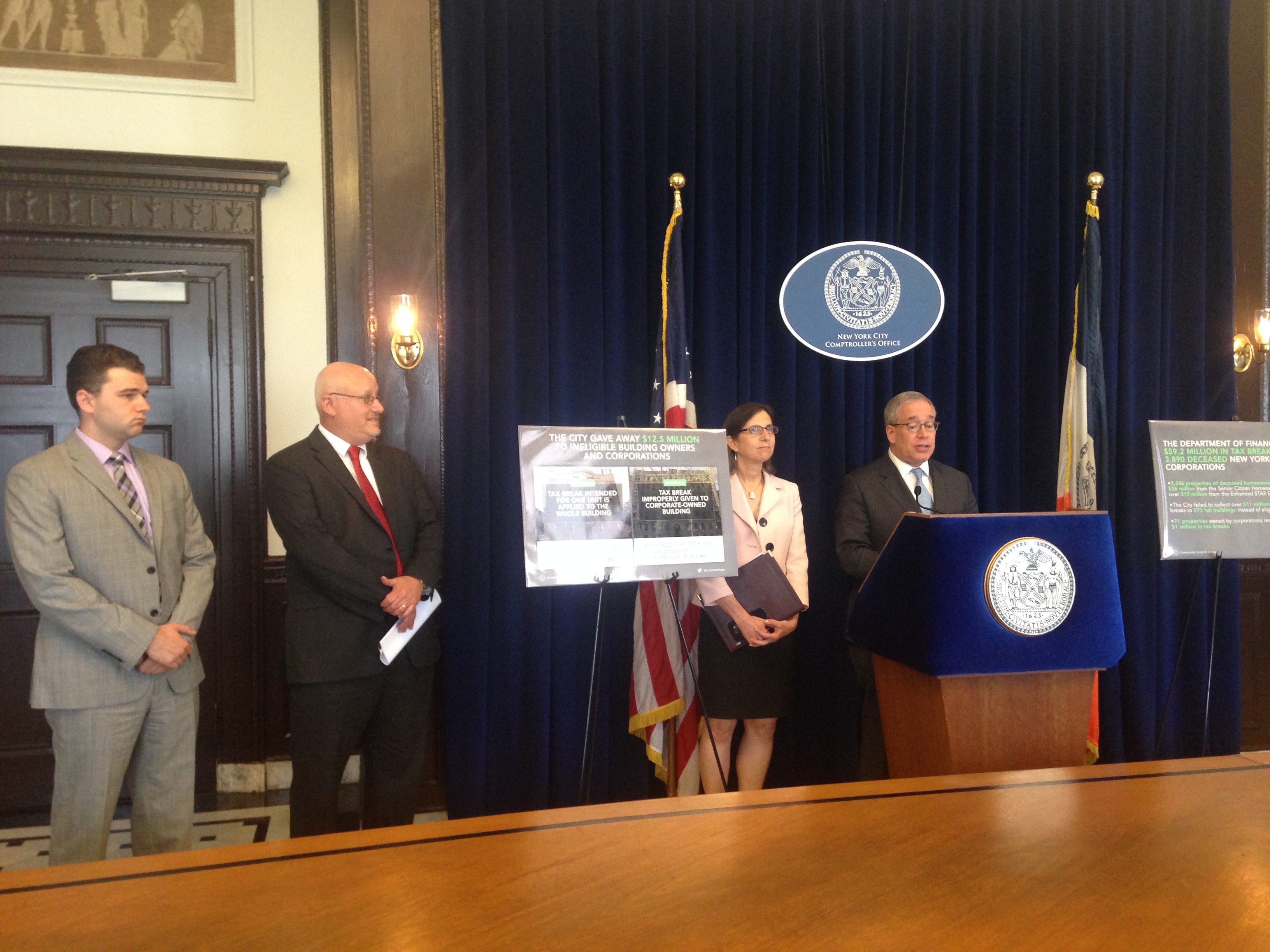 Comptroller Scott Stringer said today the city finance department has been “asleep at the wheel” for the last decade—to the tune of $60 million in senior citizen tax breaks that it has wrongly handed out to dead New Yorkers and corporations.

Speaking at the Manhattan Municipal Building late Thursday morning, Stringer unveiled an audit finding that the city failed to collect $59.2 million in tax revenue because the Finance Department credited a tax exemption meant for seniors to thousands of dead individuals and corporations.

The agency continued to do this for years because it did not comply with state tax law, which requires that any senior homeowner who has been granted the exemption re-apply for the credit every two years, the comptroller said.

“The potential impact of this lost revenue is huge,” Stringer said. “This is money we could have used to build affordable housing or help people who need it the most or improve our homeless facilities where 57,000 people slept in a shelter last night… The bottom line here is the Department of Finance was asleep at the wheel.”

The audit examined whether the Finance Department guaranteed that property owners receiving the Senior Citizen Homeowners’ Exemption as of July 1, 2015 were eligible for the program.

SCHE offers a partial property tax exemption for any senior citizen who owns a one-, two- or three-family house, condominium, or co-op apartment in New York City.

Applicants have to be age 65 or older, have a combined household income below $37,400 and live on the property. SCHE can lower the assessed value of a property by between 5 percent and 50 percent, based on the homeowner’s income.

In New York State, anyone eligible for SCHE automatically qualifies for the Enhanced School Tax Relief Exemption, whose income gap is $79,050 a year. The enhanced STAR Program exempts the first $62,000 of the full value of the home from school taxes.

From fiscal year 2011 to fiscal year 2017, the agency improperly credited $59.2 million in tax breaks to 3,890 ineligible properties, according to the audit.

Those same properties were also wrongly credited with an Enhanced STAR exemption after the homeowner’s death, adding up to another $10,460,540 in lost revenue.

Seventy-one properties owned by corporations received 307 exemptions for which they were not eligible—a loss of at least $1,377,622 from fiscal year 2011 through fiscal year 2016.

And 573 properties with four or more units had the SCHE applied to all units in their buildings instead of just the one that qualified. The city ended up losing out on at least $11,176,036 in tax revenue from fiscal year 2011 through fiscal year 2016, according to the audit.

After conducting six audits of the Finance Department since January 2014, Stringer’s office has identified close to $75 million in total lost revenue.

The audit recommends that the agency identify any dead homeowners who applied for the SCHE and remove it as well as the Enhanced STAR exemption from those properties retroactive from the date of death. It also urges the Finance Department to work toward recovering faulty tax exemptions applied to ineligible homeowners.

Mayor Bill de Blasio said at an unrelated press conference in the Bronx today that the lost money was due to a “broken policy” that pre-dates his administration.

“We’re going to fix it. Wherever appropriate, we’re going to work to get the money back, which won’t be easy,” de Blasio said. “This was obviously something that was not done right and it’s our job to fix it.”

Stringer said the finance department has agreed with the audit’s recommendations and committed to recouping ineligible benefits from corporations and consider refunding benefits improperly received by ineligible individuals.

“We want to be supportive as well,” Stringer continued. “To give them credit for anything is they recognize that because of our audit and what we showed them, they are now stopping the practice because of what we identified for them, so we want to work with them as well.”

Sonia Alleyne, press officer for the Finance Department, said that the agency inherited the problem and is fixing it, noting that the agency stopped doing renewals for all of its exemption programs about 10 years ago.

“The FY17 Adopted Budget allocates $1.6 million in baseline funds for 26 additional staff for the Homeowner Tax Benefits Unit to administer the initial and renewal exemption applications to ensure continued eligibility for benefits and compliance with State and local statutes,” Alleyne said in an emailed statement. “We are in the process of hiring the staff. As we implement the renewal program, we will revoke the benefits for all unqualified property owners prospectively.”

This story has been updated to include a statement from the Finance Department. 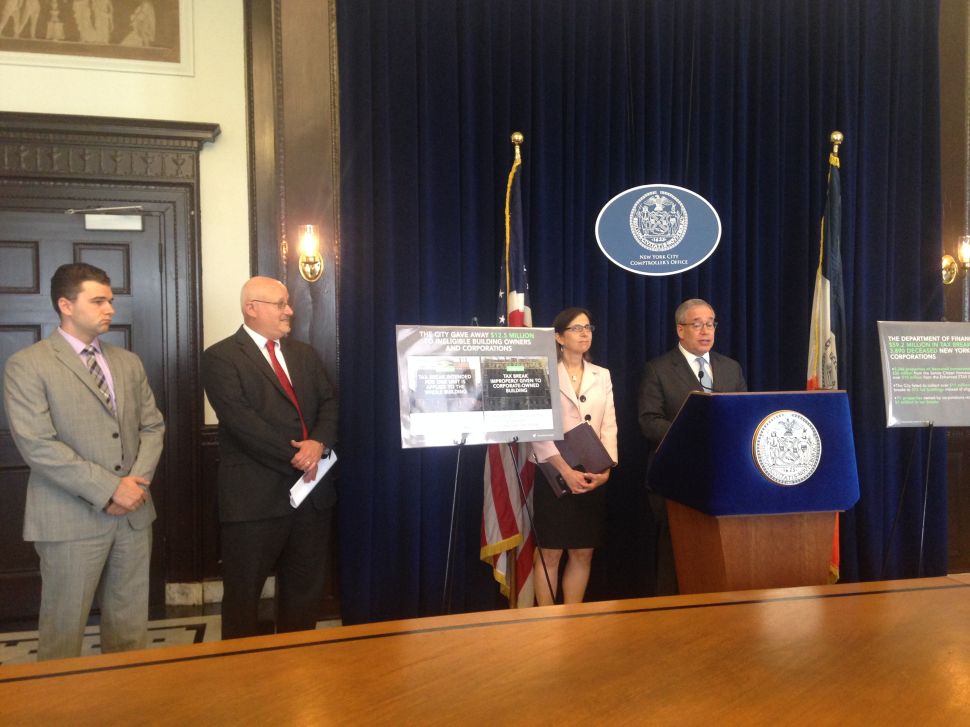