There has arguably never been a presidential candidate in modern history with more aversion to the press than Hillary Clinton. So far this year, the presumptive Democratic presidential nominee has coasted through the primaries without holding a single press conference—the last was on December 4, 2015. In fact, Hillary Clinton has had more interrogations with the FBI than press conferences in 2016—a historic achievement that Democrats would be up in arms if the circumstances pertained to anyone other than Clinton.

The First Amendment, protecting freedom of speech, is fundamental to democracy, yet Clinton has consistently, throughout her career, blocked press access. Emails obtained by the Associated Press reveal calculated efforts on behalf of Clinton’s staff to script remarks and plant softball questions at campaign events.

“While it’s not unusual for campaigns to plan detailed appearances,” the AP reported, “the exchanges preview the kind of image-control apparatus that could be deployed in a Clinton White House, including attempts to steer conversations with her audiences.” The report illuminates what millions of voters already know about Hillary Clinton: her campaign manufactures deception, consistently pandering to whichever demographics she is soliciting, while shielding herself from unfavorable exposure.

Clinton’s career has long benefited from manipulating press relationships. In February 2016, Gawker reported findings from a Freedom of Information Act request in which Clinton’s spokesperson, Phillipe Reines, withheld a copy of a speech Clinton was giving. Reines agreed to release the speech to a writer for The Atlantic only under certain conditions—including a promise not to say he was blackmailed into making particular edits. The same emails obtained through the FOIA request show Politico’s Mike Allen agreeing to interview Chelsea Clinton under the conditions the coverage would remain positive.

It has been suggested that the only reason Clinton wouldn’t run for president in 2016 is her fear of and scorn for the media, stemming from the Clintons’ initial experiences in the White House. “Back in the mid-1990s, Bill Clinton relied on a series of Machiavellian spin doctors to keep the press at bay. With the Clinton White House, the modus operandi was to stonewall as long as possible, lie if necessary—or just out of habit—and turn questions around on the questioners,” wrote Jonathan Allen in 2015 for Vox.

Hillary Clinton has employed similar tactics in 2016, avoiding the press as much as possible. This was initially facilitated by Clinton’s 2008 campaign co-chair, Debbie Wasserman Schultz, who, as current DNC chair, strategically scheduled debates to limit Clinton’s exposure. While mainstream media was entranced by Donald Trump and a crowded Republican Primary, Clinton’s presumed coronation in the Democratic primary was virtually unchallenged by mainstream media pundits. When Bernie Sanders’ campaign began noticeably picking up momentum, Clinton recoiled even further into secrecy.

On June 2, Politico reported, “a New York Magazine blog post with the headline ‘Stop bugging Hillary Clinton about giving a press conference’ was heavily edited and softened because the ‘headline and force of the opinion overstepped the mark,’ according to a spokesperson for the magazine.” The article was stripped of any criticism toward Clinton and instead defended her aversion to press conferences as a positive trait.

The most damaging tensions between the press and Clinton campaign have stemmed from the FBI and Department of Justice investigation into her controversial use of a private email server during her service as secretary of state. Although Clinton dismissed the issue in the primaries, in recent months the investigation has debunked her defense. The latest revelations leave Clinton and her staff with nowhere to run, beyond pleading the fifth in hopes they can downplay the inquiries long enough to secure a victory in the general election. 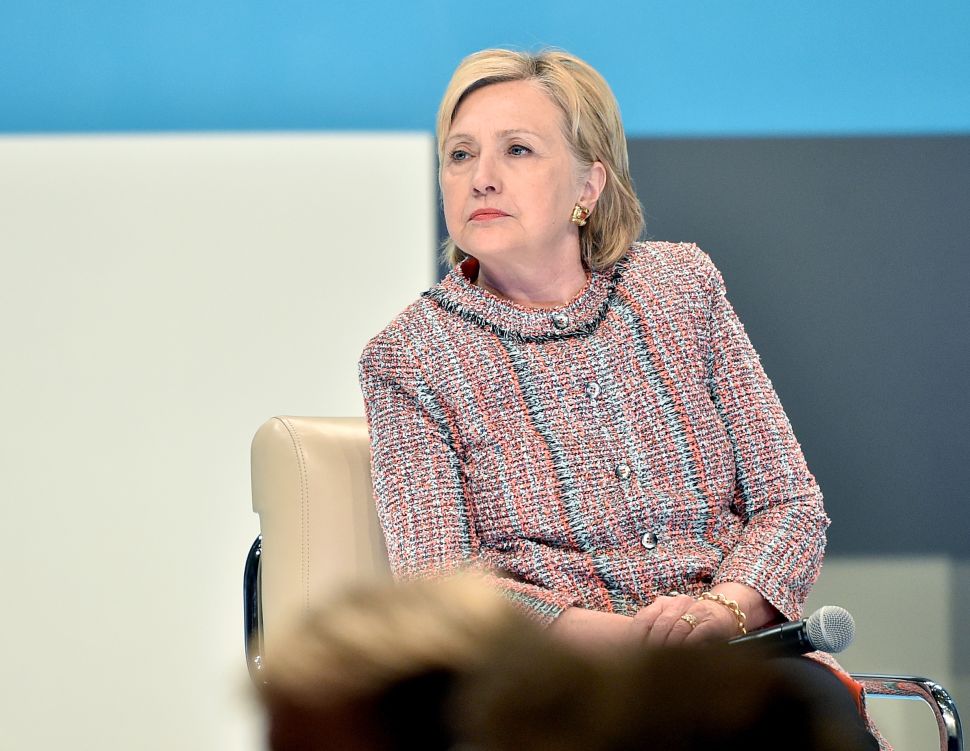