On July 22, Wikileaks released 20,000 DNC emails, exposing DNC chair Debbie Wasserman Schultz and the DNC staff of sabotaging Bernie Sanders’ campaign. In the wake of the fallout, Wasserman Schultz formally resigned from her position as DNC chair, only to be replaced by another Clinton surrogate, DNC vice chair Donna Brazile.

Rather than allowing Wasserman Schultz’s career to go down with her resignation, Clinton has awarded Wasserman Schultz a new role as honorary chair to the Clinton campaign’s 50-state program.

“There’s simply no one better at taking the fight to Republicans than Debbie—which is why I am glad that she has agreed to serve as honorary chair of my campaign’s 50-state program to gain ground and elect democrats in every part of the country, and will continue to serve as a surrogate for my campaign nationally, in Florida, and other key states,” Clinton announced.

Wasserman Schultz, who also served as Clinton’s 2008 campaign co-chair, should be banned from the Democratic Party for overtly violating the DNC Charter. Instead, she has been rewarded for rigging the Democratic primaries, with a new job where she can continue the corrupt brand of politics she perfected as DNC chair.

Of course, Wasserman Schultz’s resignation won’t serve as a catalyst for reform in the Democratic Party. By moving Wasserman Schultz to a different role within the party, her duties and authority will remain essentially the same.

Such damage control posing as reform is just the latest slight to progressives and Sanders supporters by the Clinton campaign. Many view the selection of Sen. Tim Kaine as an antithetical move to the progressive movement energized by Sanders. Members of the Democratic Convention panels selected by Clinton and Wasserman Schultz are current or former corporate lobbyists. Sanders’ efforts to have former Congressman Barney Frank and Connecticut Governor Dannel Malloy removed from the panels were rejected. Malloy is currently under an ethics investigation, and Frank was recently named in a Ponzi Scheme lawsuit, according to IBTimes.

Perhaps the only saving grace in Wasserman Schultz’s resignation is that the move reaffirms the authenticity of the leaked DNC emails. It will also provide her Democratic primary challenger, Tim Canova, with momentum leading up to August 30—when voters in South Florida decide whether or not to keep Wasserman Schultz in Congress. If Wasserman Schultz fails to win reelection, Clinton will surely find another job for her if she wins the presidency.

Hillary Clinton’s political machine, has refused to budge when it comes to making meaningful reforms. Bernie Sanders has yet to revoke his endorsement of Clinton, even as Green Party presidential candidate Jill Stein has pushed him to do the right thing for America. Regardless of what Sanders chooses to do, his supporters will continue the revolution—and will never reward the Democratic Party for corrupting democracy. 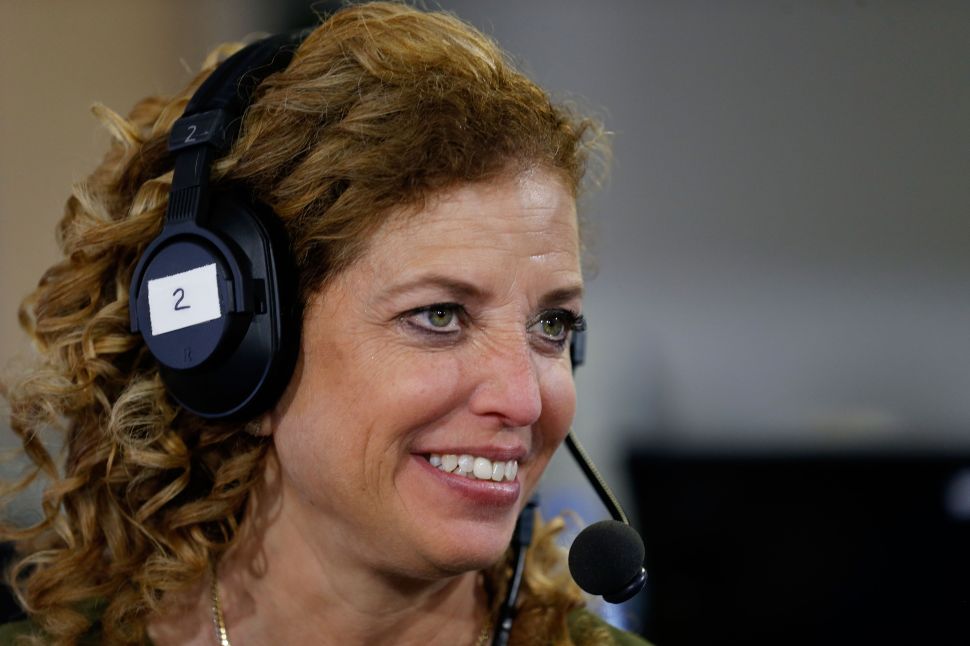