One of Brooklyn’s most successful video games started as something like a soccer adaptation played out on Governor’s Island one afternoon. Killer Queen Arcade, the first arcade cabinet game to ship with built in beer holders, had its first competitions on plain old grass.

Every summer on Governor’s Island, the Come Out and Play Festival brings its field day to New York City.  It’s a chance for game designers to try out innovative games that can only be played outside, with a lot of people and a lot of space.

This year’s field day showed off 11 games, weird new competitive creations that enthusiasts would be hard pressed to find another chance to play again. The Observer showed up and took photos during four of the most popular events from the day.

This is how the people who make the video games you love spend their summer weekends (sometimes). 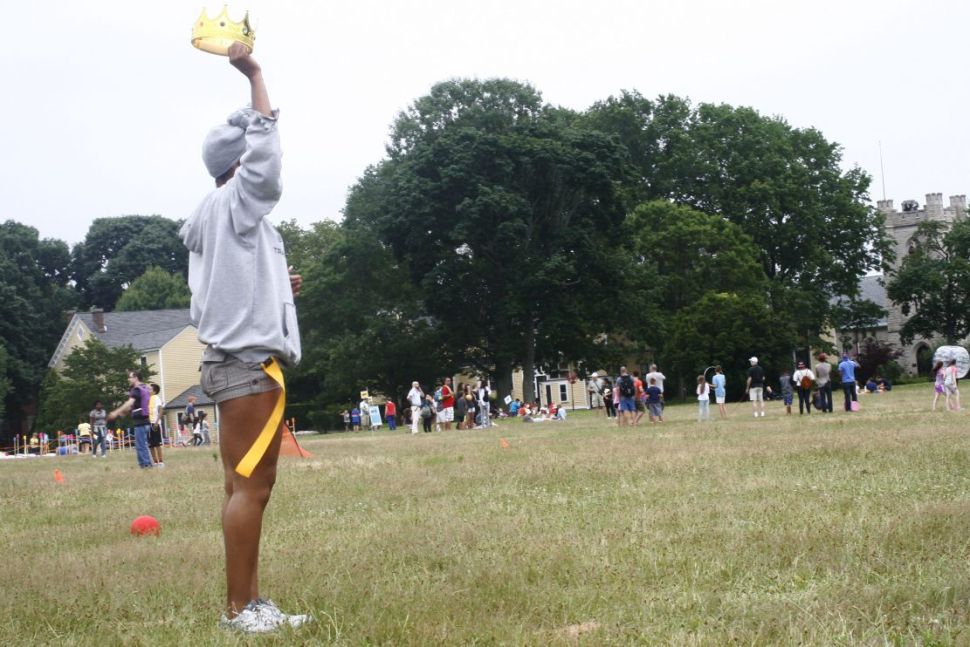