The Simpsons had long been my favorite TV show, but the premiere of “D’oh-in’ in the Wind” that night opened my eyes on another level. We learned the backstory of Homer’s mother after she left Abe Simpson, about the hippie colony she lived on and the two granola dudes she lived with, Seth and Munchie, voiced by Martin Mull and George Carlin.

As a somewhat unorthodox 11-year-old, not only was The Simpsons‘ style of anti-authoritarian humor familiar to me, but George Carlin’s was, too. So when Homer recommended that Seth and Munchie join him for an old-fashioned “freak out”, in which they would drive around and shake up the squares, I watched with eyes wide. Seth and Munchie picked the patchouli-scented standard, “Incense and Peppermints.” Homer shut it off. “Here’s something from my personal collection that’s guaranteed to blow some minds,” he insisted, before blasting Billy Joel’s “Uptown Girl.”

Munchie’s eye-roll taught me everything I hadn’t considered. Not only was Billy Joel uncool, but George Carlin, the undisputed comedic king of New York style and personality, knew it too. Was Joel’s “New York State of Mind” a farce? A migrating methane-cloud from Hicksville, Long Island, mastered for stereo? My world shattered.

I say “my world” because, like that old story of the Pavlov’s bell and the salivating dog, my affections for the music of Billy Joel were classically conditioned from a very young age. Joel’s River of Dreams came out in ’93 and I, at age 6, clung to its bastardization of Paul Simon’s world music appropriations.

Paired with Joel’s two-disc Greatest Hits, River of Dreams found itself in the regular rotation in the CD changer of my mom’s Ford. I came to associate the songs with a child’s vague caricature of the working musician who’s down on his luck—the piano man, moping at the counter of that diner in Boulevard of Broken Dreams, the entertainer down on his luck but still determined to make it, grateful but weary for having been all around the world; he’d played all kinds of palaces, laid all kinds of girls.

My affections for the music of Billy Joel were classically conditioned from a very young age.

That line, from Joel’s hit “The Entertainer”, sums up why so many people absolutely fucking hate him.

When he was younger, Joel’s shtick as the cool but lovable fuck-up had a “boys will be boys” factor to it, all-American, still convinced he’s cool despite doing things that are so incredibly uncool.

That lyric in “Captain Jack” about sitting at home and jerking off while your sister’s on a date? It’s going to be all right, because you’re scoring dope from a dude named Captain Jack on the corner. And that party Joel trashes in “You May Be Right”? Epic memories, bruh. “It just may be a lunatic you’re looking for!”

Soon after, four years at school in Boston introduced me to two things that would slowly lift the veil off of my blind Joel adoration—townies and LSD.

My introduction to the townies who came through Boston when the Sox were home at Fenway taught me that a commuter culture of townies exists just outside of most major cities. They’ll come in for a game, have a wicked fackin’ pahty with their buddies in the streets, trash their surroundings, then leave (or wind up in holding for the night). Recovering from a night of whiskey dick and unrequited lust, they could always take the train back and lick their wounds to “We Didn’t Start The Fire”.

The LSD, meanwhile, opened my ears to the complexities of what music was capable of.

Jackie-O Motherfucker, Acid Mothers Temple, Dead Meadow and similar headier flavors worth chewing on soon rendered my Billy Joel stale and obsolete. These were contemporary artists keeping it weird, finding ways to be anthemic without feeling sorry for themselves.

Acid taught me how there’s an exchange that happens when a songwriter writes about themselves, a transference of energy that’s either inwardly or outwardly directed. Joel, who mopes and whines about how hard his life is but still relinquishes his accountability, under the guise of an everyman despite ample riches and alimony payments, sucks that energy inward for himself. Suffice to say, I kept my secret childhood of adoring Billy Joel under wraps.

Why now, then? With grown-up ears and some time spent in the best city for music in the world, I feel pressed to understand why I still return to Joel’s songs.

The chronicle of his failed marriages gets into some pretty dark places, so many that you can’t help but feel bad for him—Joel trying to off himself by drinking furniture polish in the early-’70s, tortured over the awful relationship to Elizabeth Weber, the woman who would become his first wife.

“One year, he wrote ‘Just the Way You Are’ as her birthday gift, and after he played it for her, she said, ‘Do I get the publishing, too?’ writes Maureen Callahan. “She wasn’t kidding.”

Joel would go on to marry supermodel Christie Brinkley, who later divorced him as details of his serial cheating came to the fore. I saw Joel live with my folks in 2002 just a few years later, on tour with Elton John, and he was visibly drunk again, even from the cheap seats. Two years later, at 55, he would marry a 23-year old named Katie Lee. During his latest relapse, they too separated, just five years later.

How can you not feel bad for him? It’s not often fair game to bring up an artist’s personal life when evaluating their work, but with Joel, the two are tightly interwoven.

In the clear obliviousness and chauvinism that even his most touching love songs have toward women, “She’s Always a Woman“ lays out some severe issues the man’s been clearly working through for many years. In Joel’s romantic worldview, the fact that “She can ruin your faith with her casual lies….she steals like a thief…she’ll carelessly cut you and laugh while you’re bleedin'” are synonymous with her womanhood, and as such, something the singer just has to accept.

There’s a tacit lack of responsibility that unfolds in even the most sentimental of Joel tunes, a surrender to the firm belief that, when other people hurt you, you’re the lone victim. It’s part in parcel with the worst examples of suburban townie territorialism, the worst inwardly-focused entitlement and the psychoses you see unfolding in the lives of all your friends who are serially single.

Billy Joel is the sonic equivalent of the precise moment when your friend who casually day drinks stops having fun and starts seeming really sad.

So I feel bad for Billy Joel, and that’s why I continue to stand up for his brand of mawkish, self-aggrandizing schlock.

“Here he poses as the Irving Berlin of narcissistic alienation, puffing up and condescending to the fantasies of fans who spend their lives by the stereo feeling sensitive,” wrote Robert Christgau after listening to Joel’s Piano Man in ’73. “And just to remind them who’s boss, he hits them with a ballad after the manner of Aaron Copland.”

Four years later, Christgau would soften his vitriol. “Having concealed his egotism in metaphor as a young songpoet, he achieved success when he uncloseted the spoiled brat behind those bulging eyes,” he wrote. “But here the brat appears only once, in the nominally metaphorical guise of ‘the stranger.’ The rest of Billy has more or less grown up. He’s now as likable as your once-rebellious and still-tolerant uncle who has the quirk of believing that OPEC was designed to ruin his air-conditioning business.”

And that’s still the nicest that a fan can really say about Joel today—he’s “still tolerant.” But he’s also still going, selling out Madison Square Garden residencies largely due to the proximity of MSG to the Long Island Railroad. The townies have spoken.

My girlfriend Hannah and I have a ritual. Every time one of us has a birthday, we rent a nice hotel room somewhere in the city where neither of us have ever stayed before. And while celebrating her last birthday at The Waldorf Astoria, an odd wave of nostalgia washed over me. Maybe it was the Art Deco of the building or the ancient upholstery of our suite, but some vague memory Old New York surfaced, one that never belonged to me in the first place. And for some, unexplainable reason, I streamed “She’s Always a Woman” from my phone.

The lyric “she takes care of herself” immediately pissed Hannah off. In the context of Joel’s larger relationship with women, both in song and in life, it seems uncharacteristic of Joel to think of this as a virtue. “He probably means that she douches,” suggested Hannah. I couldn’t argue with her logic. 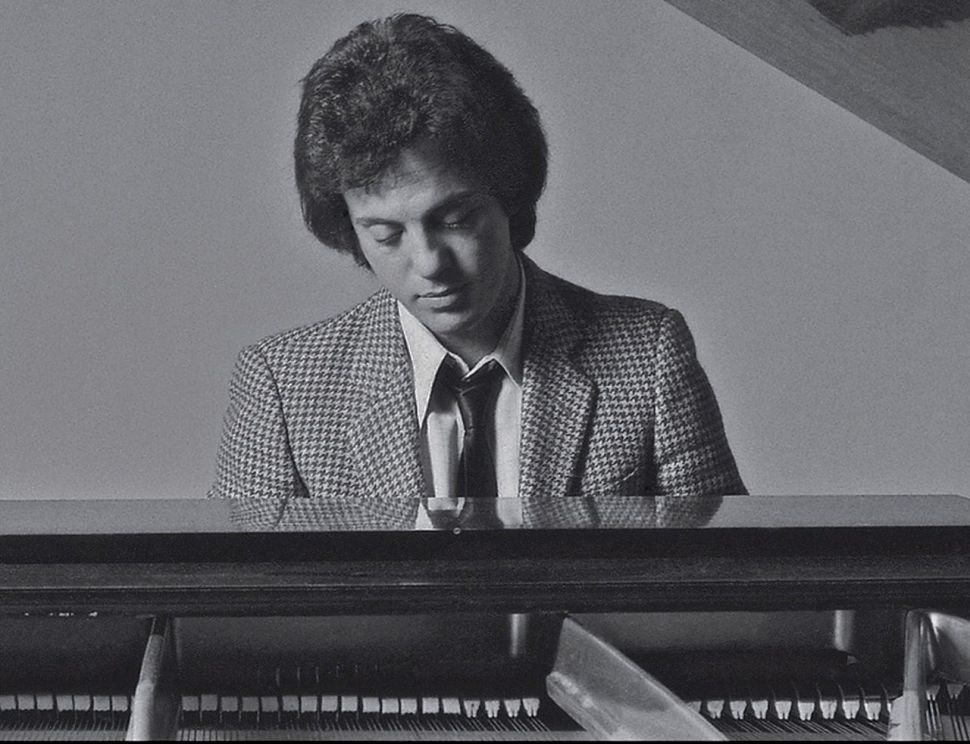