Gov. Andrew Cuomo trashed Mayor Bill de Blasio and the Democrat-dominated Assembly over their efforts to block a daycare center regulation package—as the governor prepared to sign “emergency regulations” instating the new rules over their resistance.

Addressing the press after an unrelated event at Grand Central Station, the governor bashed his fellow Democrats and praised the Republican-run State Senate, which backed proposals he laid out in February to allow the state to more easily shutter babysitting facilities. Assembly Speaker Carl Heastie initially endorsed the measures, but declined to bring them to the floor for a vote following heavy lobbying from the mayor’s office.

The de Blasio administration was ostensibly concerned that the proposal would deprive low-income New Yorkers of childcare options, but may have been alarmed at the potential for further Cuomo incursions into city business.

“I’m not going to allow political agendas to endanger the health and safety of children,” Cuomo told reporters. “We proposed that legislation. It was passed unanimously by Senate. Unanimously. The Senate has Democrats and Republicans, as you know. They all voted for the daycare reform legislation, because they wanted to protect children.”

“At the 11th hour it was killed in the New York State Assembly. There are various reasons why. But, politically, it was decided to be ended in the Assembly. I’m not going to allow children to be abused because of political reasons,” he continued.

The governor’s order purports to compensate for alleged haziness of existing law, which permits the state to close any daycare center in the event of “imminent danger” to a child. The new emergency regulations specify that the state may revoke a daycare provider’s license if it fails to keep enough adults on site, does not get an injured child medical attention, uses physical force to discipline a child or if the facility does not meet building, sanitation and fire code standards.

The order will also expand state records of providers’ histories of violations, increase fines, allow for law enforcement action against facilities and mandate a review an entire chain of daycares if one of its locations fails an inspection.

The governor alluded to a series of reports published earlier this year in the Daily News, which uncovered hazardous conditions at a number of nurseries across the city—businesses that often operate without insurance or government oversight.

“You have many daycare centers that are unlicensed, that are accepting children without regulations, that have health violations, fire and safety violations. You have children being hurt. You have daycare teachers that didn’t have any training. You have allegations of abuse against children,” he said.

The Assembly did not immediately respond to requests for comment. The mayor’s office, however, maintained that the governor’s regulations are redundant of existing city statutes and could leave working families scrambling for a place to care for their children.

“The proposed legislation provided no solutions for what happens to kids after a facility is unilaterally shut down. Based on our initial review, the reforms in the emergency regulations duplicate child-protection measures already in place in New York City,” said spokeswoman Aja Worthy-Davis. “We commend the state on meeting New York City’s strict standards in oversight of state daycare centers. This isn’t about politics, it’s about protecting kids—and we look forward to working with state on reforms that can effectively do that.” 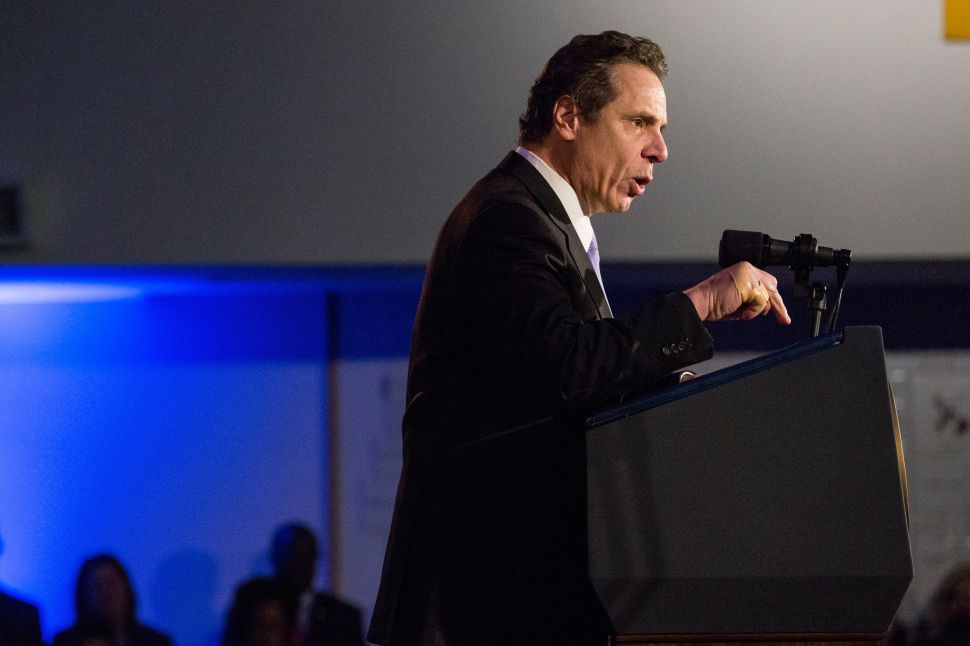