Drawing inspiration from the train systems of London, Paris and Toronto, the MTA expects that out of 1,025 new subway cars, up to 750 will feature an open car end design, which replaces the doors between cars with an accordion-like connector. This creates greater passenger flow movement and increases capacity, something commuters jammed onto the city’s overcrowded train lines have demanded.

As part of the MTA’s $27 billion, five-year capital plan—which was the subject of much sniping between the state, which is responsible for the MTA, and Mayor Bill de Blasio, who Cuomo insisted foot part of the bill—the agency will also renovate 31 subway stations throughout the five boroughs.

The agency, which said the first of several requests for proposals will be issued this week, is using design-build contracts to accelerate the process and ensure the shortest timeframe for completion of the project.

“The challenge for government today is to move as fast as society is moving and to move as fast as society dictates. The old rhythm of government…that doesn’t work anymore,” Cuomo said. “It just does not work. You cannot keep pace with the times. These projects have to happen and they have to happen now. It’s not just the MTA. It’s every state agency, it’s every federal agency, it’s every city agency.”

Cuomo said that despite the fact that the MTA system was designed “at a much, much different time,” the system is “all the same.”

“The challenge for the MTA is how do we increase that capacity with fundamentally the same design and then how do we do it quickly,” he continued.

The announcement today follows previous events during which Cuomo announced and unveiled USB ports and wifi for city buses.

The subway cars will also feature security upgrades, including cameras. 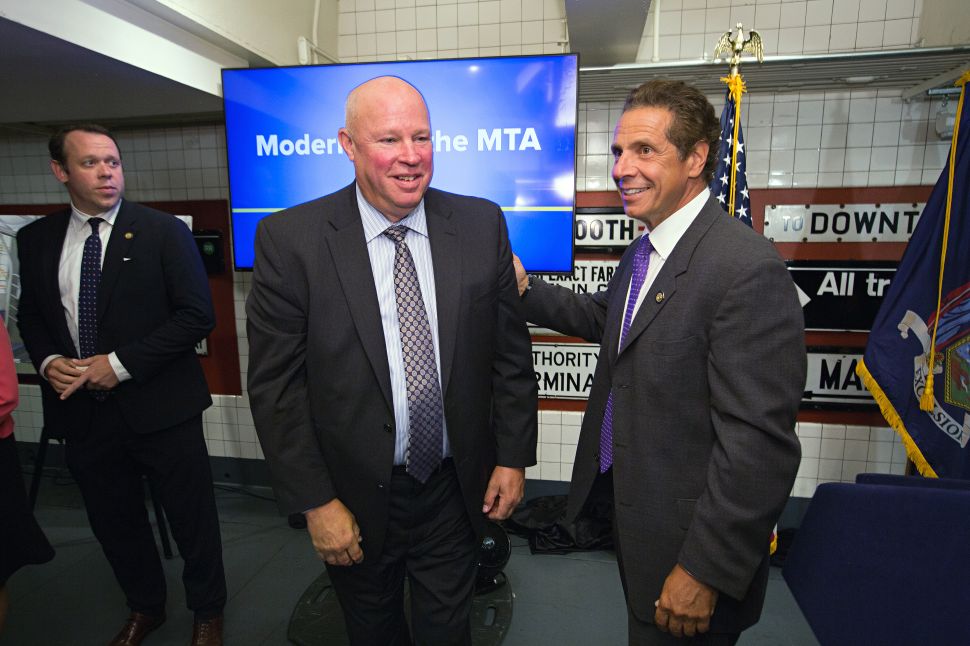