After a scathing report by the Department of Investigation revealed that City Hall was indeed privy to a discussion about whether to lift a deed restriction on nonprofit AIDS hospice Rivington House, Mayor Bill de Blasio said an erroneous policy that preceded his administration is to blame but admitted it was a “mistake” stemming from a “lack of communication.”

Two deed restrictions on the Lower East Side property called for it to be run as a nonprofit and as a nursing home. The city lifted them and got $16 million from Allure Group, a nursing home company that bought the site from its first owner, Village Care.

Allure Group then earned $72 million after it handed the site over to luxury condo developers. The mayor had insisted it was promised that the site would remain a nursing home, but the report says it did not quite happen that way—noting it was made clear to the Department of City Administrative Services that Allure could seek to sell the property for condo development.

The mayor said that there clearly wasn’t a “good flow of information” and that it was a “mistake”—and maintained he is taking “full responsibility”—but also said that members of his administration were merely adhering to an “old and mistaken policy.” And he says he would not have allowed it to happen if had known about it, but that the decision never came to his desk.

“I think the report makes clear that we were working as an administration on the basis of policies from 25 years ago. I think the mistake was not changing those policies,” de Blasio said. “We now have introduced a reform plan that will fundamentally change those policies, will make it impossible for this kind of thing that happened before.”

He also said various members of the administration made a tremendous effort to be “cooperative and helpful” to DOI and that a “huge amount of material was provided.” He indicated today that there would be no further punishments—or firings—in connection to Rivington.

“People make errors in judgment. There’s no question,” he continued. “That happens in life and it happens in government. This was a mistake but a mistake that I said was a policy that should have been changed.”

The report also claimed the city’s Law Department refused to hand over documents and city computers to DOI. The mayor acknowledged that there are issues between the two agencies but said the assertion that the city did not provide documentation is incorrect.

“I have no illusion about again, the tension between DOI and the Law Department,” he said. “It’s natural. We’re certainly going to make very clear that things were handled improperly.”

The report also found that even though the administration rejected a request by James Capalino—a lobbyist for VillageCare with ties to the mayor—to lift the deed restriction, it ended up using the exact same language used by Capalino in its own document defending the decision. 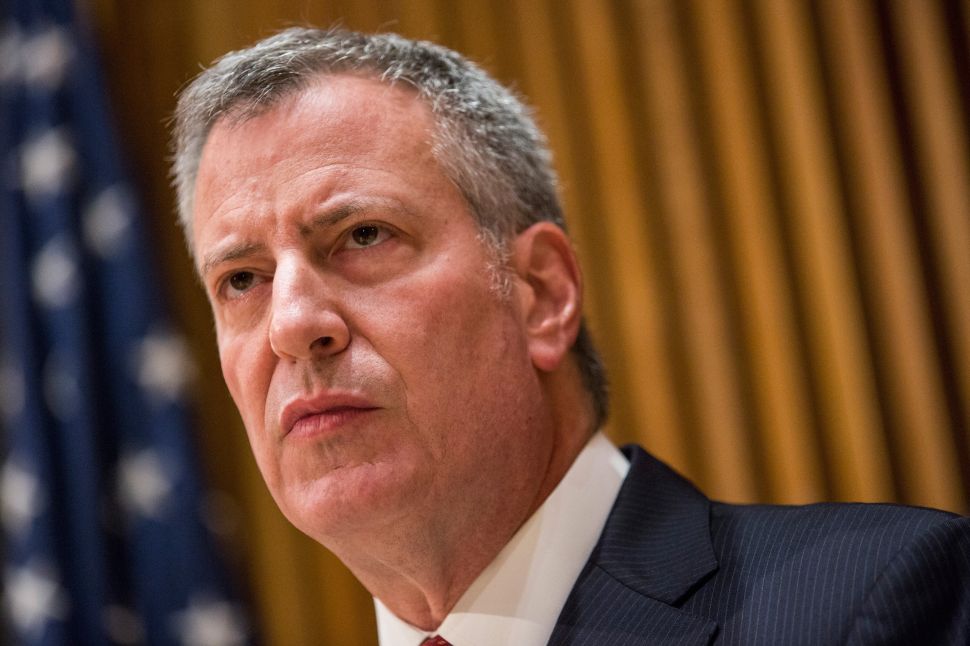