It wasn’t supposed to be this way.

After a chaotic convention for the Republicans in Cleveland filled with in-fighting, the Democratic National Convention was supposed to arrive in Philadelphia like the model family that lives next door—led by its matriarch and nominee Hillary Clinton, sitting around a dinner table where everybody can get along, despite their differences, in the service of some greater good.

Instead, the convention is kicking off with the upcoming resignation of its extremely divisive chairwoman, Florida Congresswoman Debbie Wasserman Schultz, after Wikileaks released e-mails seemed to confirm what supporters of Clinton’s rival, Bernie Sanders, have maintained for months—the DNC wanted Clinton to win.

Normally, a resignation at least allows a party or a convention or a campaign to move on. But Wasserman Schultz isn’t going quietly—and she’s not going until the convention is over. And even when she does leave the DNC, she’ll get a gig as an honorary co-chair on the Clinton campaign, an announcement that had Sanders delegates fuming last night.

And so the not-quite-ghost of her not-quite-dead role in the convention seems to be haunting everything in Philadelphia. She spoke (and was booed and jeered and met with chants of “shame”) this morning at a breakfast meeting for the Florida delegation, on her home turf. Today, she’ll gavel in the convention for its official start—a move that is sure to anger delegates for Bernie Sanders, who have flooded Philadelphia’s streets in organized protest, or simply just to show off their Bernie gear en route from one party or panel to the next.

That prompted an obvious question at this morning’s press briefing: why let her appear on the stage at all—particularly when the Democrats are so strongly pushing a theme of unity, with Sanders himself to speak tonight?

“The chairwoman’s statement yesterday speaks for itself. That’s what she plans to do,” Mook said, before pivoting again. “As I said earlier, our convention could not be at a greater contrast with what we saw with the Republicans last week…you had one of his opponents from the primary who wouldn’t even endorse him, and you had utter discord outside the convention hall,” Mook continued, with former presidents and governors declining to even show up.

But after invoking Ted Cruz, the Texas senator whose speech was met with boos because he would not endorse Donald Trump, Mook wouldn’t quite answer when asked whether the DNC had seen Sanders’ speech yet.

“In contrast to Ted Cruz, Sen. Sanders has already endorsed Secretary Clinton. He gave an outstanding speech in New Hampshire,” Mook said, saying he’d leave it to Sanders to share how he drafts his speeches. “We’re excited. We think it’s going to be a great way to close out the evening.”

But really, the e-mail scandal (the second one, for those keeping track at home) was all anyone wanted to talk about this morning. Mook declined to offer any specifics when asked whether anyone else in the DNC would be punished, saying there was a review of the e-mails underway.

He was more willing to chat about the belief that the e-mails may have been hacked by Russians—either the government or someone acting on their behalf—to help Trump. (Trump has frequently praised Vladmir Putin; he also recently said he was not sure he would defend NATO nations against Russian troops.)

“All we know right now is what experts are telling us. I would refer everyone here to reporting today in the New York Times and yesterday in the Washington Post,” Mook said. “They believe that it was Russian state actors who took these emails and what further experts are saying … is that then because they possessed those emails, the Russian state actors were feeding the emails to hackers for the purpose of helping Donald Trump.”


A storyline about Russian hackers trying to tip the election for Trump is an easier one for Democrats to deal with than left-wingers releasing the e-mails because they believe they have been disenfranchised. But asked more pointedly about whether Clinton believed the Russians were involved, Mook demurred.

“You’d have to ask the secretary that,” he said—shortly before another reporter noted how incredibly long it has been since she took questions. “I think she, like all of us, she is reading the same reporting.” 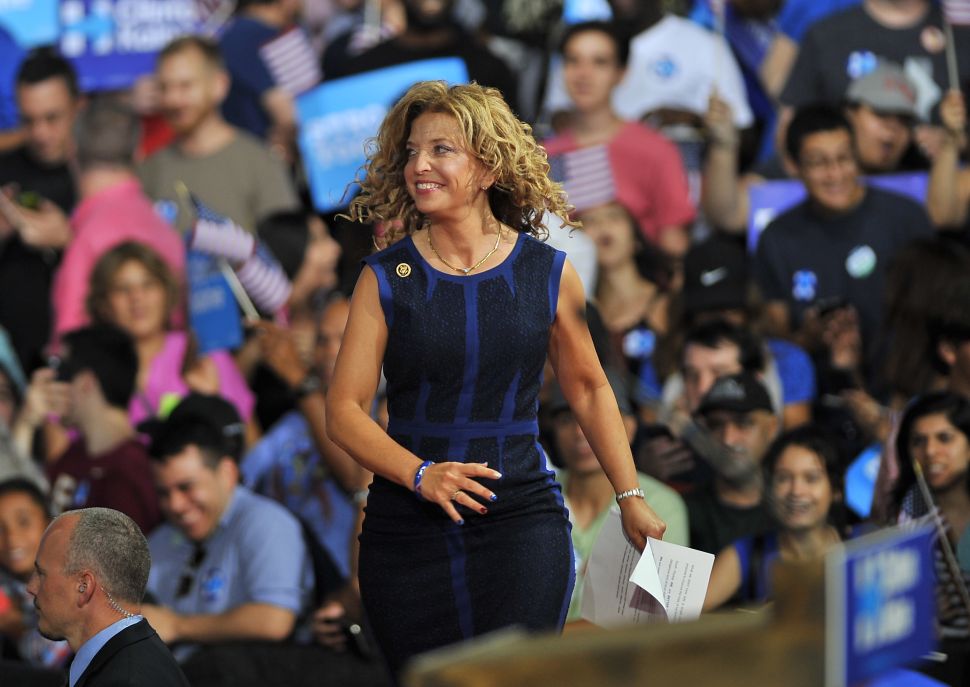