The teaser trailer for Gilmore Girls: A Year In The Life been out for approximately seven minutes and I’ve already watched it a dozen times. More times than should be conceivably allowed by the laws of time. But in my haste and excitement of writing a first post with the singular focus of OH MY GOD GUYS IT’S OUT IT’S HAPPENING THEY’RE BACK, I missed an important detail:

Zoom in. Even though it does look like she’s wearing a small ring on her right hand, she isn’t wearing anything on the ring finger of her left hand, where, traditionally the band goes after you say “I do.” A Year In The Life is taking place eight years after season seven, which means even nearly a decade after (spoiler) Luke and Lorelei shared a kiss in the gazebo in the series finale, they still haven’t locked things down.

It should also be noted that Rory isn’t wearing any hardware either.

Will that change over a “Year In The Life”? Guess we’ll find out November 25. 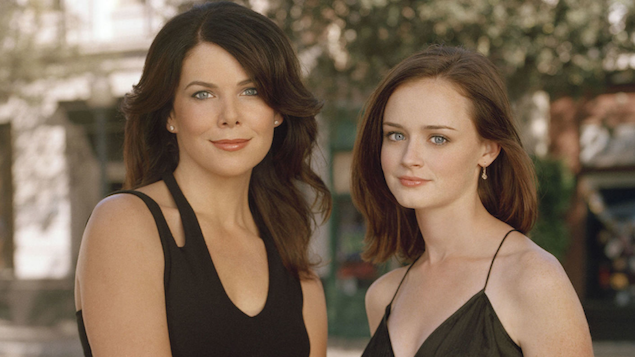