“DNC betrayed Bernie Sanders and the rest of America,” Turner tweeted on July 26, referring to WikiLeaks and Guccifer 2.0—both of which reveal the DNC rigged the primaries for Clinton. As one of the first prominent members of the Democratic Party to endorse Sanders, Turner is no stranger to criticism and backlash from Clinton supporters. In retaliation, the DNC banned Turner from nominating Sanders—along with Congresswoman Tulsi Gabbard—at the Democratic National Convention.

Turner’s communication director, Tezlyn Figaro, told the Observer “Sources have told me members of the Congressional Black Caucus said ‘She got what she deserved.'” Turner’s situation is by no means unique: Figaro added that such mistreatment of Sanders supporters is the norm within the Democratic Party.

Turner, who served as a pledged delegate for Barack Obama in 2008 and 2012, took a significant risk in serving as an avid public supporter for Sanders throughout the primaries, with the DNC and Clinton campaign seemingly intent on sanctioning her for doing so. In an interview with Mother Jones, Turner said she was told the decision to ban her came from the Clinton campaign. The DNC has not provided an explanation for the move.

Sanders’ revolution remains steadfast through Turner and other prominent female activists. These women are the truly inspiring figures to emerge from the Democratic primary—not Clinton.

Susan Sarandon has refused to cower to the pressure to formally endorse Clinton for president.

“Clinton and her supporters often point to the potential of a woman president to inspire little girls, letting them know that women can do anything. Yet her own life narrative is not a stirring feminist parable,” wrote Observer contributor Liza Featherstone in an op-ed for Truth-Out. “It is probably true that neither Bill nor Hillary Clinton could have come so far without the other. But who wants to advise our daughters to marry an ambitious, egomaniacal man; stay with him no matter what; and be the first lady for many years? Eventually it will be your turn. Is this a career plan?”

One of Sanders’ most popular surrogates has been actress Rosario Dawson. Instead of falling in line behind Clinton like so many other celebrities who initially supported Sanders, Dawson is strong in her resolve to fight the neo-liberalism Clinton embodies.

“Hillary Clinton—who I’ve said before, and I stand by—is not a leader. She’s a follower,” Dawson said at a rally on July 25. “Our revolution is dependent on your time, your energy, your blood sweat and tears, your sweat equity, your persistence, your commitment, your dynamism, you and us making waves together.” Dawson added that if Clinton falters on her campaign promises in the first 100 days of her presidency, civil disobedience will follow.

In her nomination speech for Sanders, Congresswoman Tulsi Gabbard boldly criticized the Democratic presidential nominee when she referred to the need for the United States to stop pushing for regime changes abroad. Hillary Clinton has received immense criticism from Gabbard and other Sanders supporters for being a leading agent in regime changes in Iraq, Libya, Honduras and Syria which have created political instability and resulted in the loss of thousands of innocent lives.

Gabbard resigned as DNC vice chair in order to campaign for Sanders—a move that was put into greater perspective after Wikileaks revealed the extent the anti-Sanders sentiment within the DNC. While the majority of the Democratic Party favors Clinton, Gabbard may be the only remaining elected official yet to endorse her.

Susan Sarandon has also refused to cower to the pressure to formally endorse Clinton for president. Sarandon recently responded “accurate” to a tweet of her at the Democratic National Convention with the caption “Susan Sarandon is literally having the worst time at the #DemConvention.” Her response captured the lethargic attitude within the Party: While Sanders received standing ovations as his supporters watched him speak, mentions of Clinton elicited booing.

“Bernie has ignited this spark and we’re not letting go,” Sarandon said in an interview with the Young Turks. “It’s important to know this army is going to continue. When we said this is a movement not a moment, we meant it.”

As the Democratic Party calls for unity, slights to Sanders surrogates and supporters illuminate the DNC’s ongoing issues with corruption. Wikileaks and Guccifer 2.0 further confirmed the DNC rigged the Democratic primary, yet the Party has yet to respond with any meaningful path toward reform. In light of the most recent Wikileaks scandal, DNC chair Debbie Wasserman Schultz resigned—only to be given a new job by the Clinton campaign.

Wasserman Schultz’s replacement, Donna Brazile, has shown just as much disdain for Sanders as Wasserman Schultz did. In 2013, Brazile said Hillary Clinton would have a coronation if she ran for president. Brazile has been unrelenting in favoritism of Clinton, stating, in a leaked DNC email, “I will cuss out the Sanders camp!”

The Democratic Party is completely neglecting the Guccifer 2.0 leaks, instead forcing Putin-focused rhetoric. By allowing Clinton to get away with everything, the DNC has enabled her campaign to undermined democracy.

The Democratic Party doesn’t want unity; it wants unabated loyalty to Hillary Clinton. Any criticism or dissent has been met with resentment and followed by emotional blackmail. This kind of Party isn’t an inclusive, diverse group open to new and different ideas, but rather one focused on unequivocally maintaining the status quo at the expense of disenfranchising voters who feel they have no other choice. 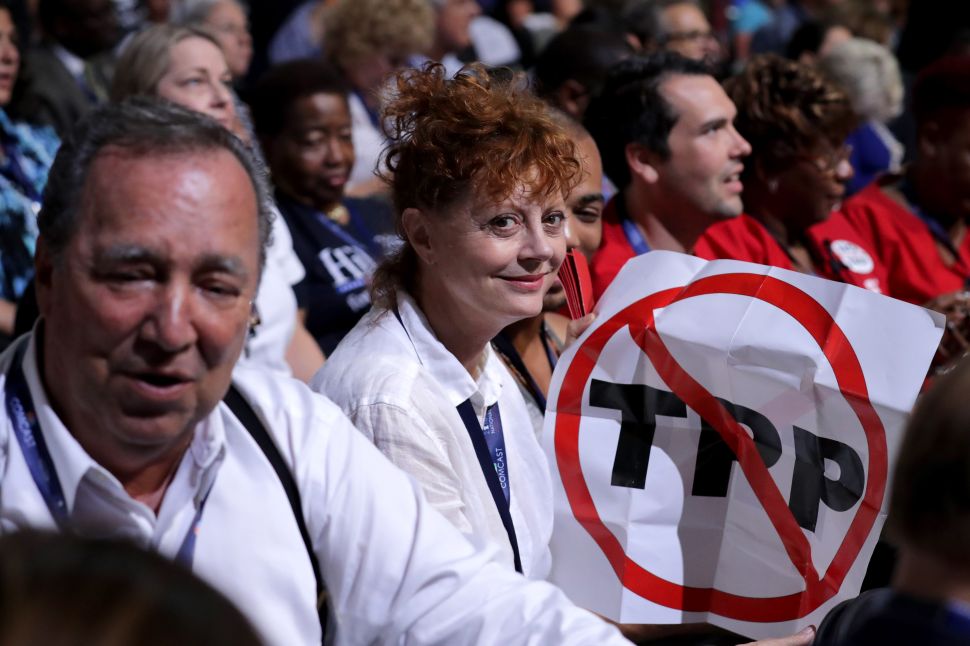