At the same time, CNN played a cellphone video that showed little but clearly recorded the sounds of at least six gun shots.

The cops killed the shooter. Simultaneously, on MSNBC, Sen. Bill Cassidy contrasted the murder of the three cops Sunday with the shooting death of Alton Sterling two weeks ago when Baton Rouge police tried to arrest him.

Video clearly showed a cop shooting Sterling several times when Sterling was on the ground, unable to move.

Which is kind of exactly what Republican Presidential candidate Donald Trump did with his first Tweet on the matter.

“How many law enforcement and people have to die because of a lack of leadership?” Trump asked in his first message after the incident. “We demand law and order.”

Turns out the killer, Gavin Long of Kansas City, was a black ex-Marine who served in the Middle East; one of the dead cops, Montrell Jackson, also was black.

The other two murdered officers—Matthew Gerald and Brad Garafola—were white.

The racial mixture of the victims didn’t lessen the ferocity of Trump, who is using racial, ethnic and religious divisions to boost himself in the coming race against the Democratic rival Hillary Clinton.

Without naming Trump, Obama clearly referred to the emotional, egotistical demagogue who wants to replace him. Obama said the political conventions—which begin Monday with the Republicans in Cleveland—sometimes bring overheated rhetoric.

“It is so important for everyone—regardless of race or political party or profession, regardless of what organizations you are a part of—everyone right now focus on words and actions that unite this country rather than divide it further,” Obama said.

The President last week attended the memorial service for five white cops who were killed by a bitter black man in Dallas. Many people feared the Baton Rouge attack was a copy-cat reaction to Dallas.

Not everyone agreed with Trump’s approach. One was Van Jones, a liberal commentator on CNN.

“We need a ‘Dad’ now,” Jones said. “He’s showing up as a drunk uncle, tweeting this horrible stuff today while people are grieving . . . That was your crazy uncle pouring more fuel on the fire.”

Even more vicious words came early in the day from white cop Steve Loomis, the head of the Cleveland Patrolman’s Association. He faulted Obama for seeing the African American point of view when white cops kill black men and when black men kill cops.

“The President of the United States has blood on his hands and it will not be able to wash off,” Loomis said by phone to Harris Faulkner of Fox News.

Sunday’s shooting event set the stage for what might be a rancorous convention, with anti-Trump demonstrators able to take advantage of Ohio’s law allowing the “open carry” of guns. Trump—like Alabama Governor George Wallace in 1968—has proclaimed himself the candidate of “law and order.”

As those who remember that campaign, or have studied it, know, “law and order” was a code phrase for a white, racist backlash against blacks, the Civil Rights movement and urban rioting. Richard Nixon won that election in part by echoing Wallace’s racism, although not as overtly.

Nixon might have liked one of Monday’s scheduled Republican convention speakers, Sheriff David Clarke of Milwaukee, an African American who has become one of Fox’s fire-breathing regular guests. Clarke often argues there is no such thing as police brutality.

“He (Obama) will not condemn the anti-police sentiment,” Clarke told Sean Hannity on Fox. “But when a terror attack happens, he gets out there and warns and condemns against Muslim backlash for the terror attacks. He will not do that for the American police officer.”

Hannity then launched into one of his false equivalencies. The President, he said, doesn’t find fault with blacks killing blacks in Chicago as often as he criticizes cops for killing young black men—as if killings by criminals are the same things as killings by police.

“Look, Black Lives Matter, they’re purveyors of hate,” Clarke said. “It is a hateful, violent ideology. It’s not an organization. It is not a movement. It is an ideology that I said has to be wiped off the face of the earth.”

(Mind you, Clarke spoke here of an American political group, not ISIS.)

Hannity then played some of his favorite tapes.

One was from almost one year ago in St. Paul, Minn., when a few demonstrators chanted “Pigs in a blanket! Fry ‘em like bacon!” In another, from December of 2014 in New York, a few marchers chanted “What do we want? Dead cops! When do we want it? Now!”

No other station or program showed as much fear-mongering and rabble-rousing as Fox. On CNN, the more measured Wolf Blitzer read a Facebook posting from Officer Jackson, who died Sunday, leaving behind a wife and a two-month old son.

The cop wrote it shortly after the death of the young black man in the custody of white police in Baton Rouge. Blitzer read it in a voice that choked in his throat toward the end.

“I’m tired, physically and emotionally,” Jackson wote. “Disappointed in some family, friends and officers for some reckless comments . . . I still love you-all because hate takes too much energy . . . I swear to God I love this city, but I wonder if this city loves me.”

Unlike Sheriff Clarke, Office Jackson seemed to realize the difficult duality of the African-American man who wears a uniform and a badge in the United States in 2016.

“In uniform, I get nasty, hateful looks,” Jackson’s Facebook post said. “And, out of uniform, some consider me a threat .  . . . Please don’t let hate infect your heart.” 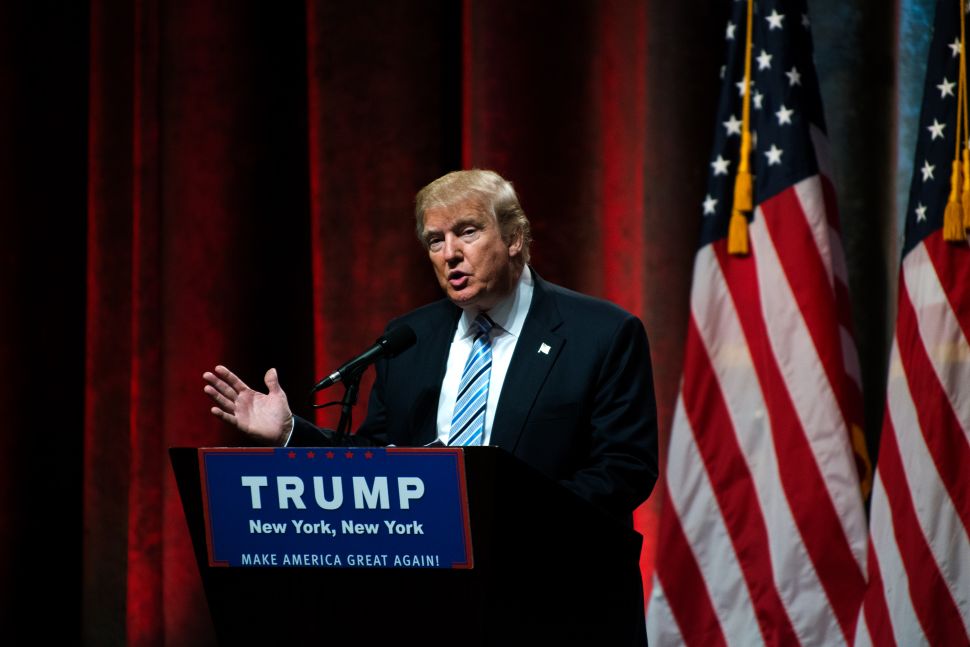