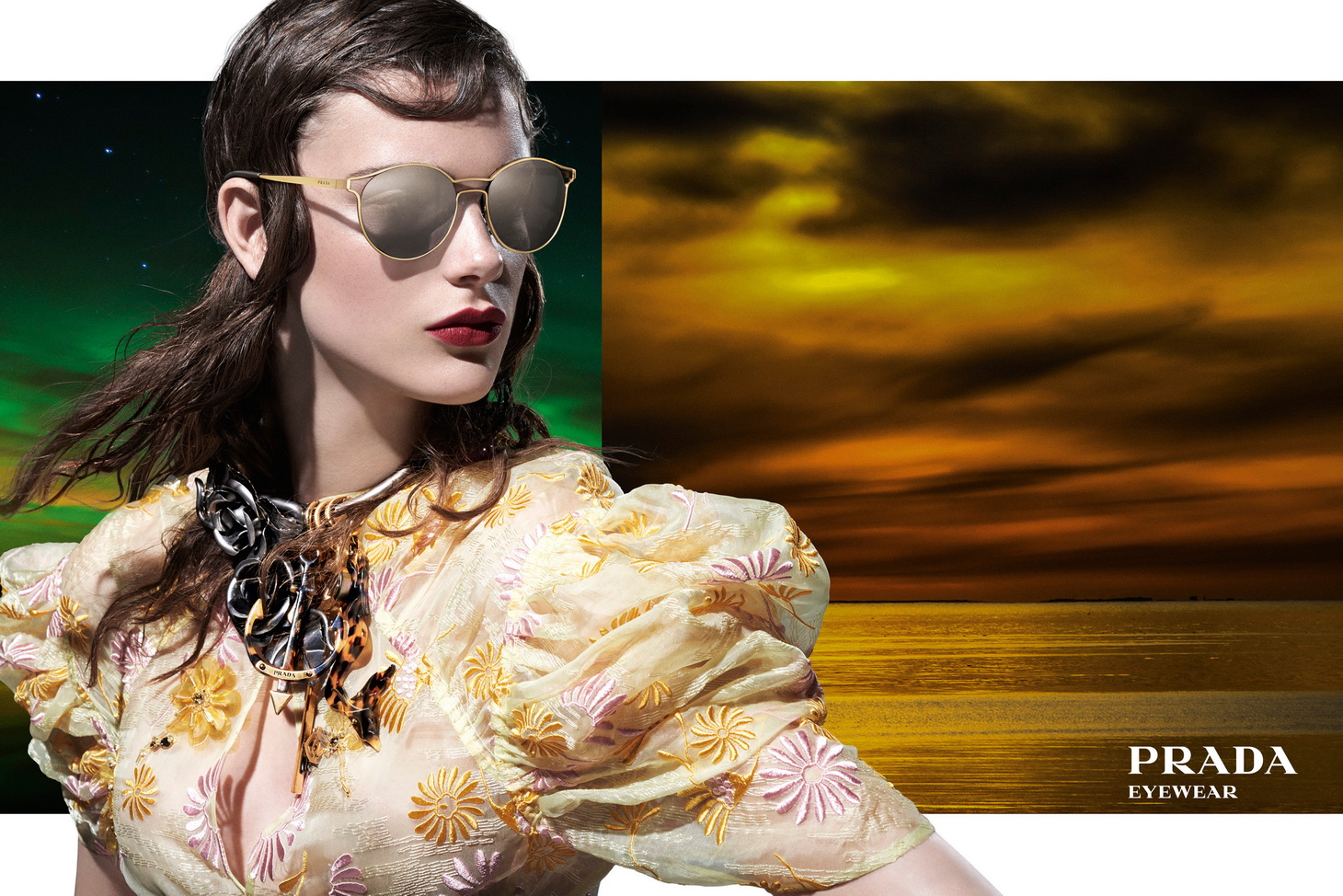 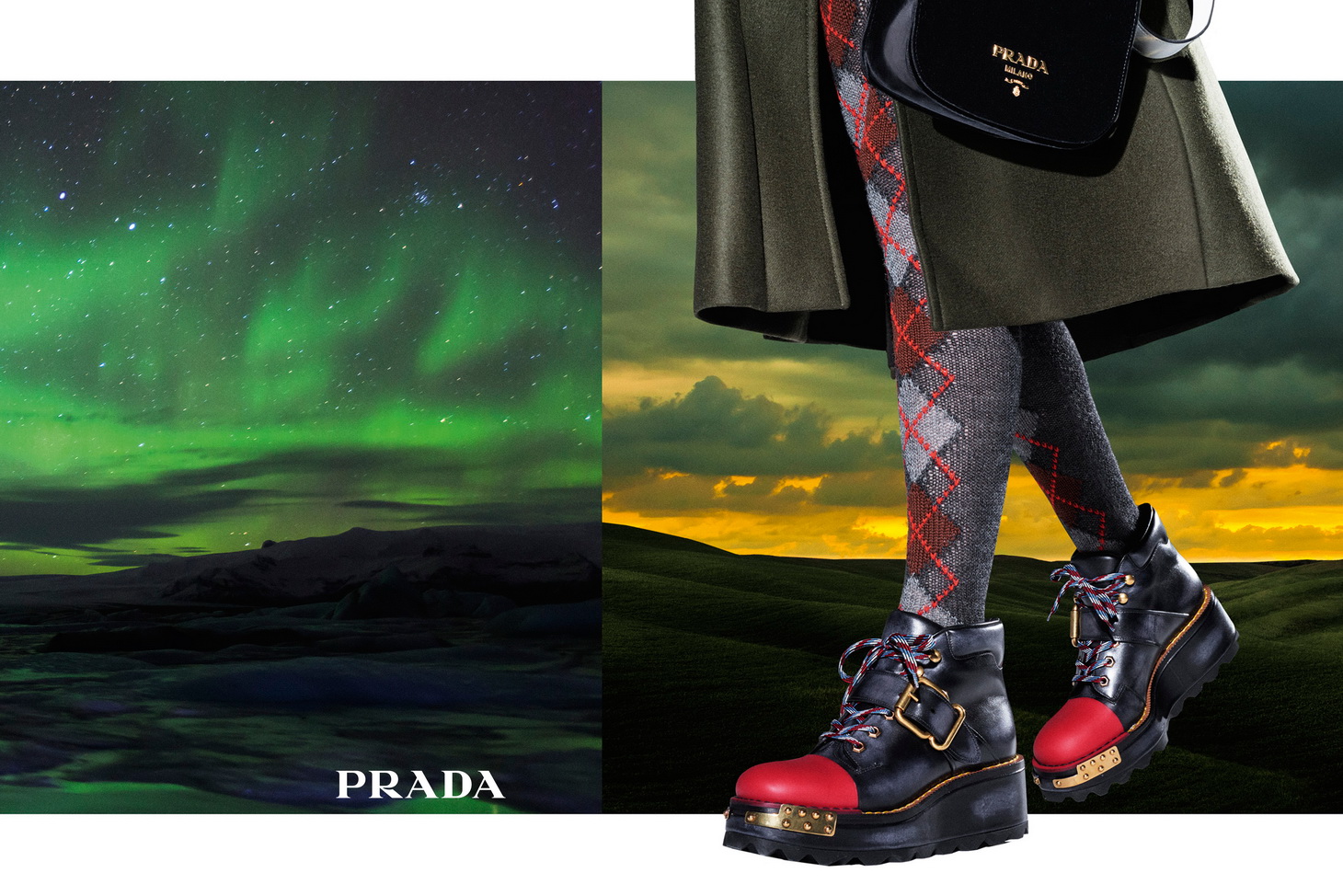 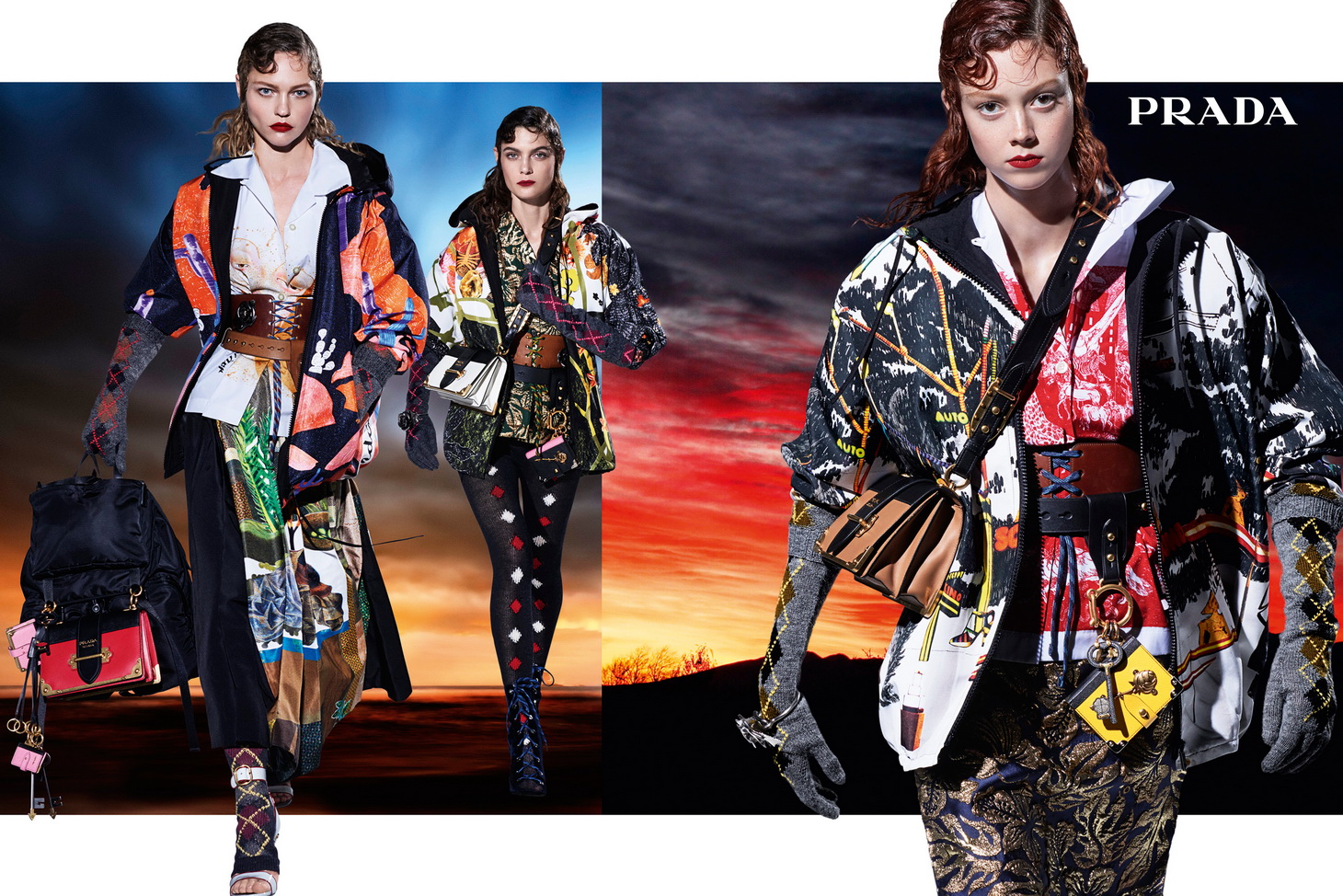 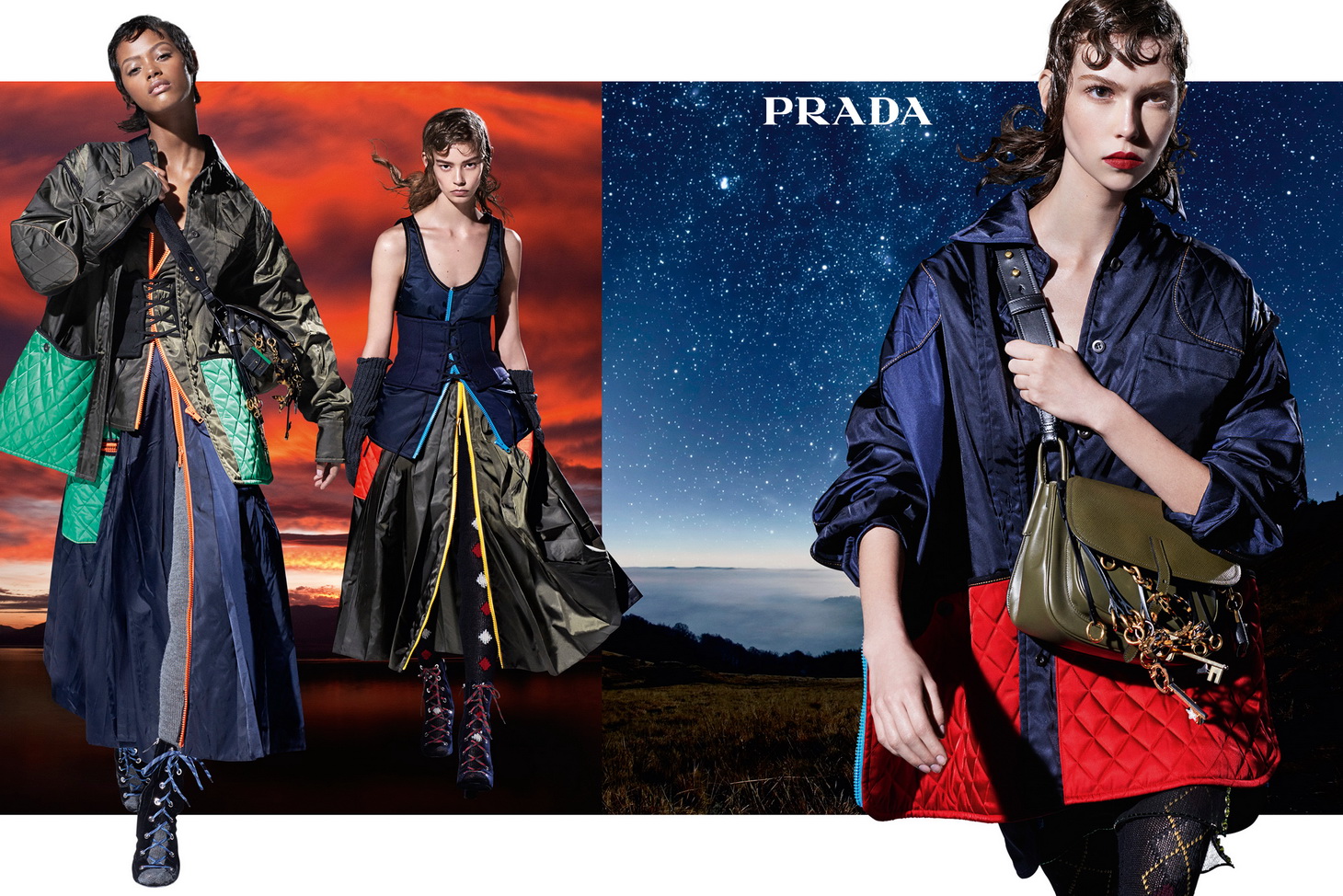 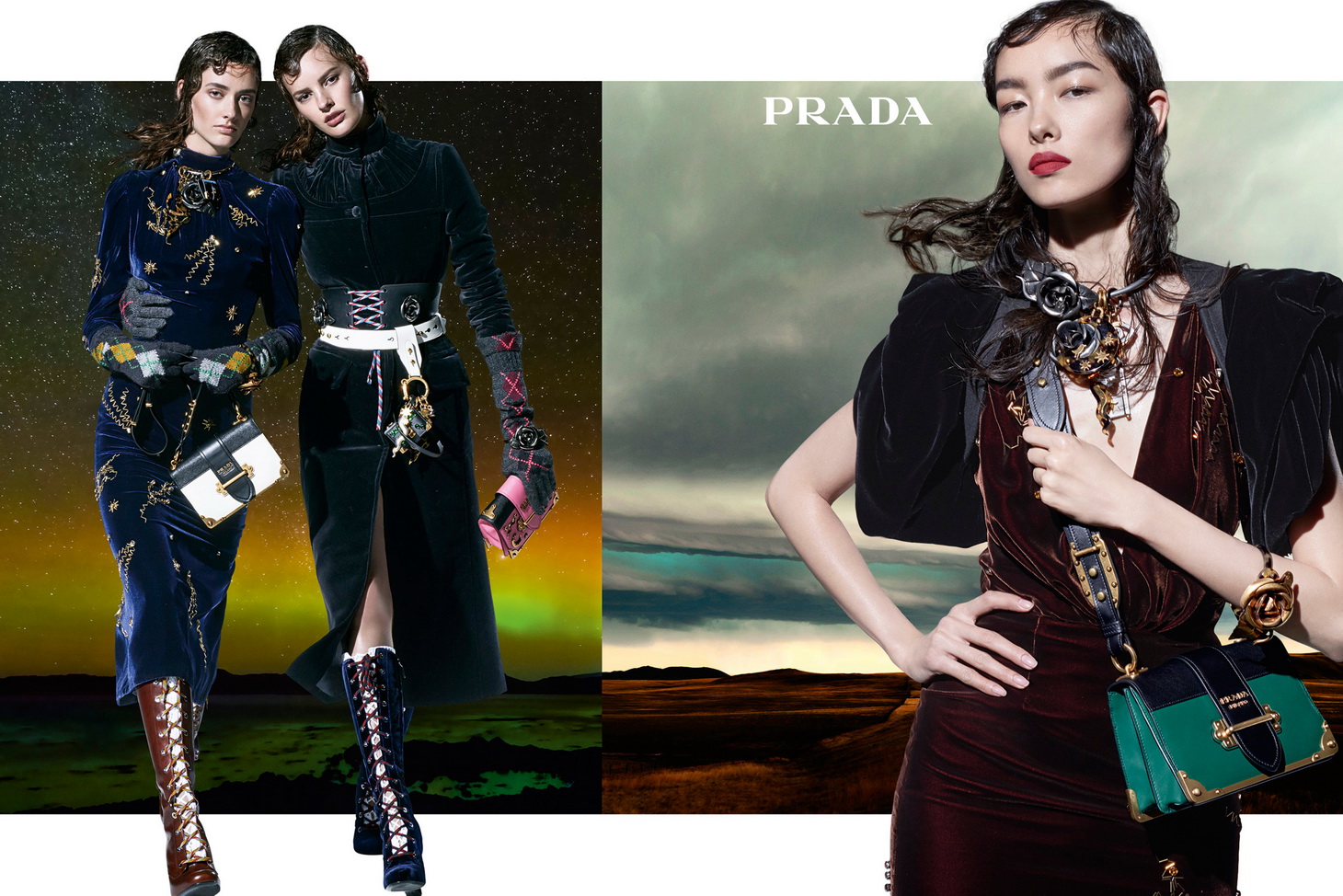 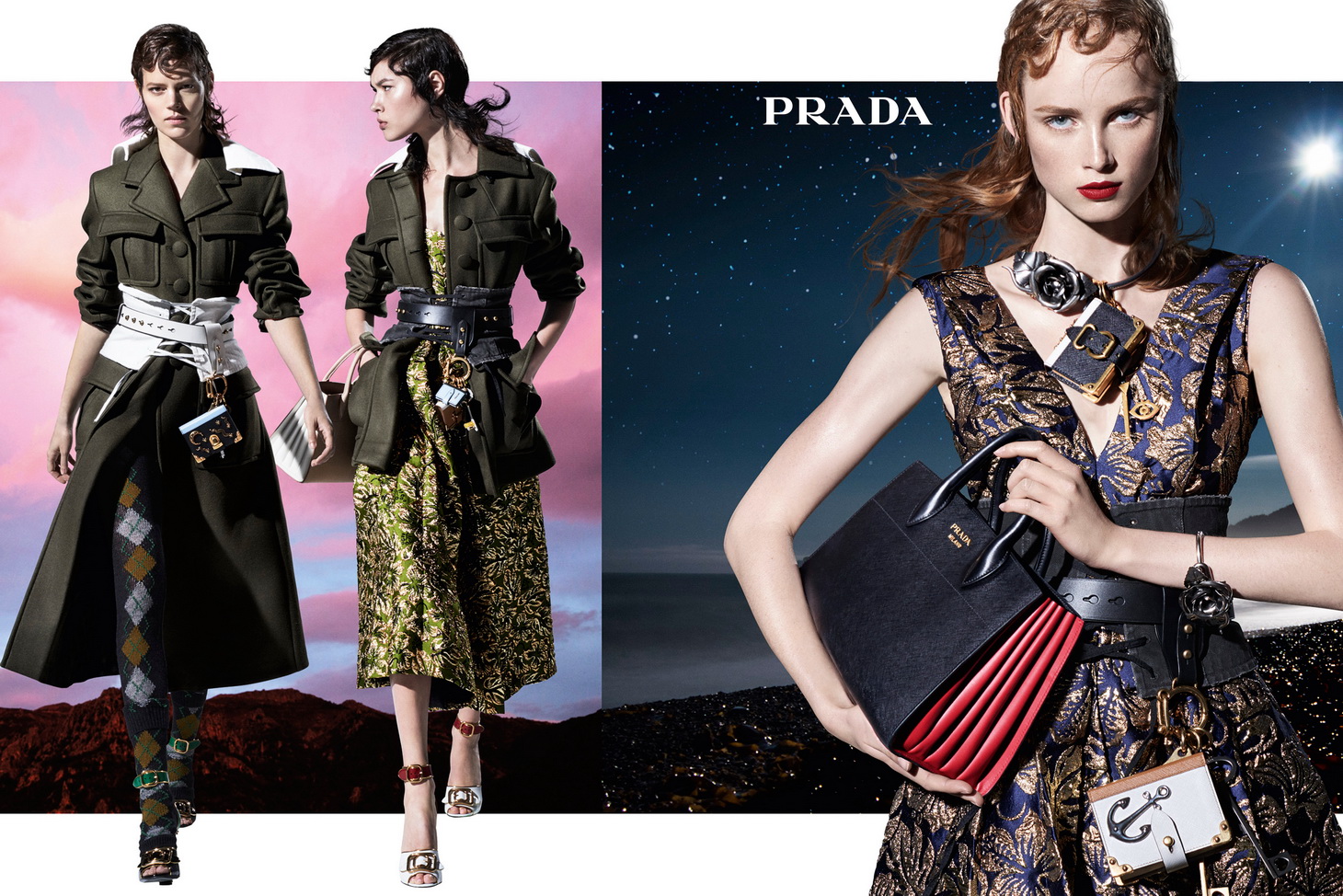 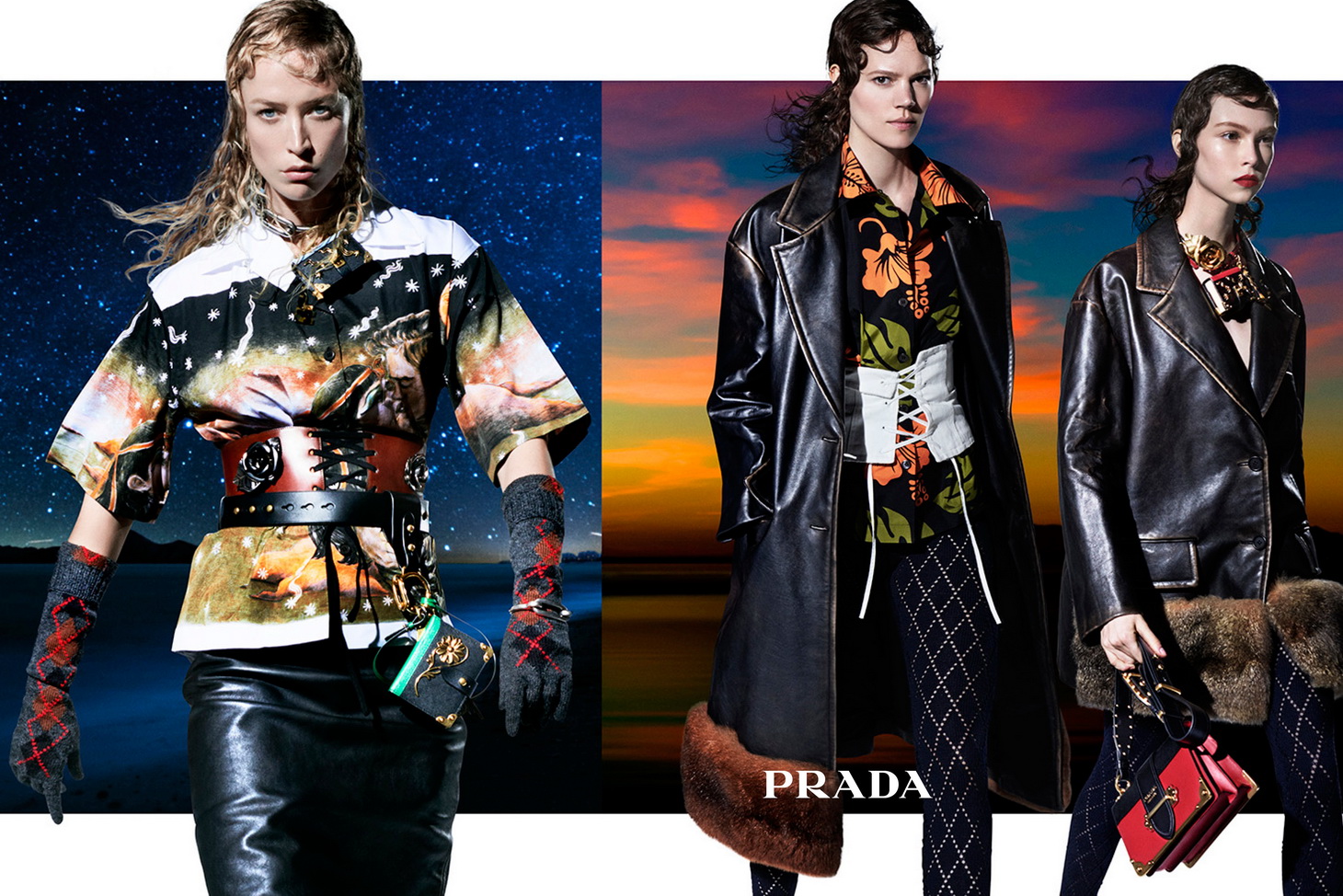 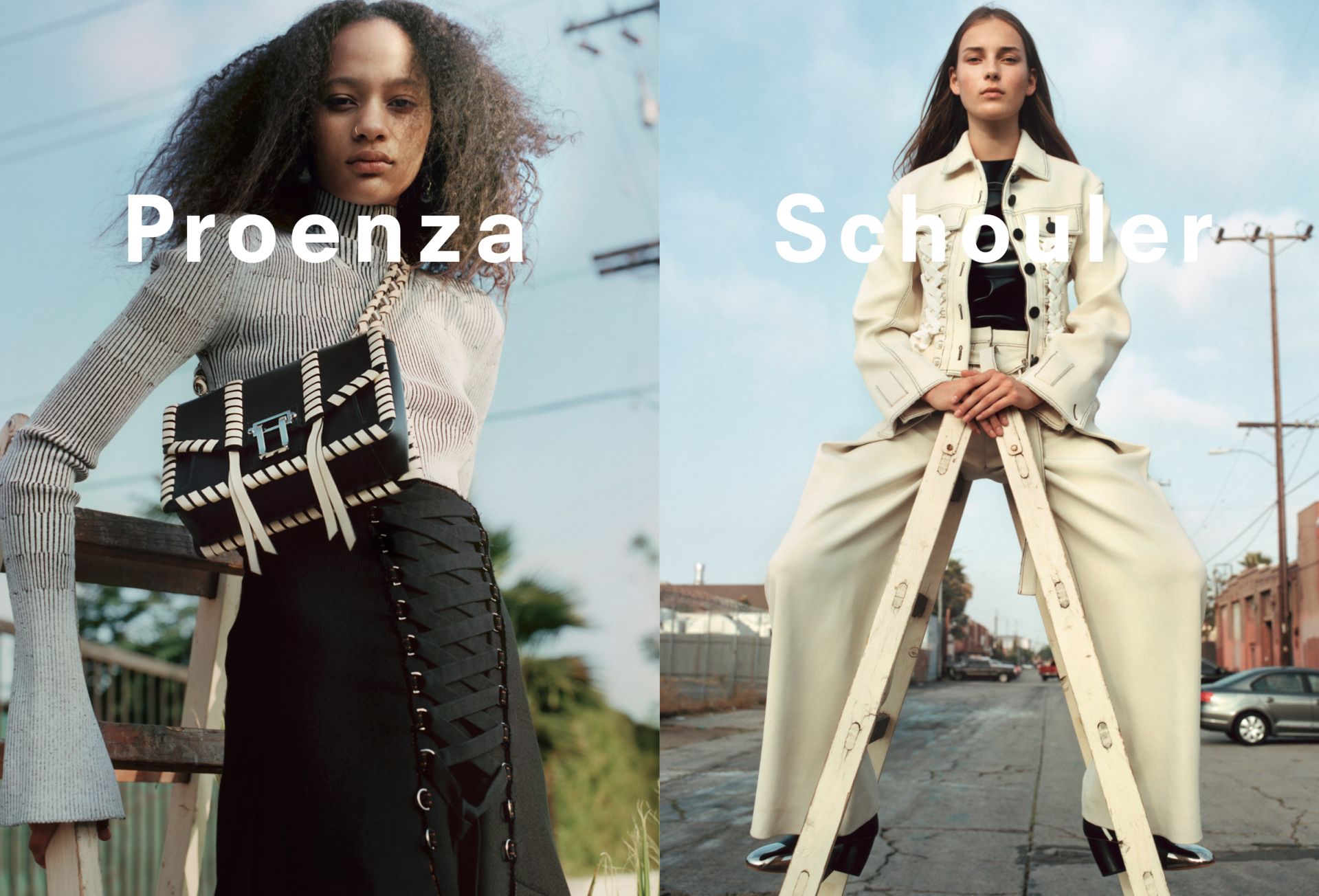 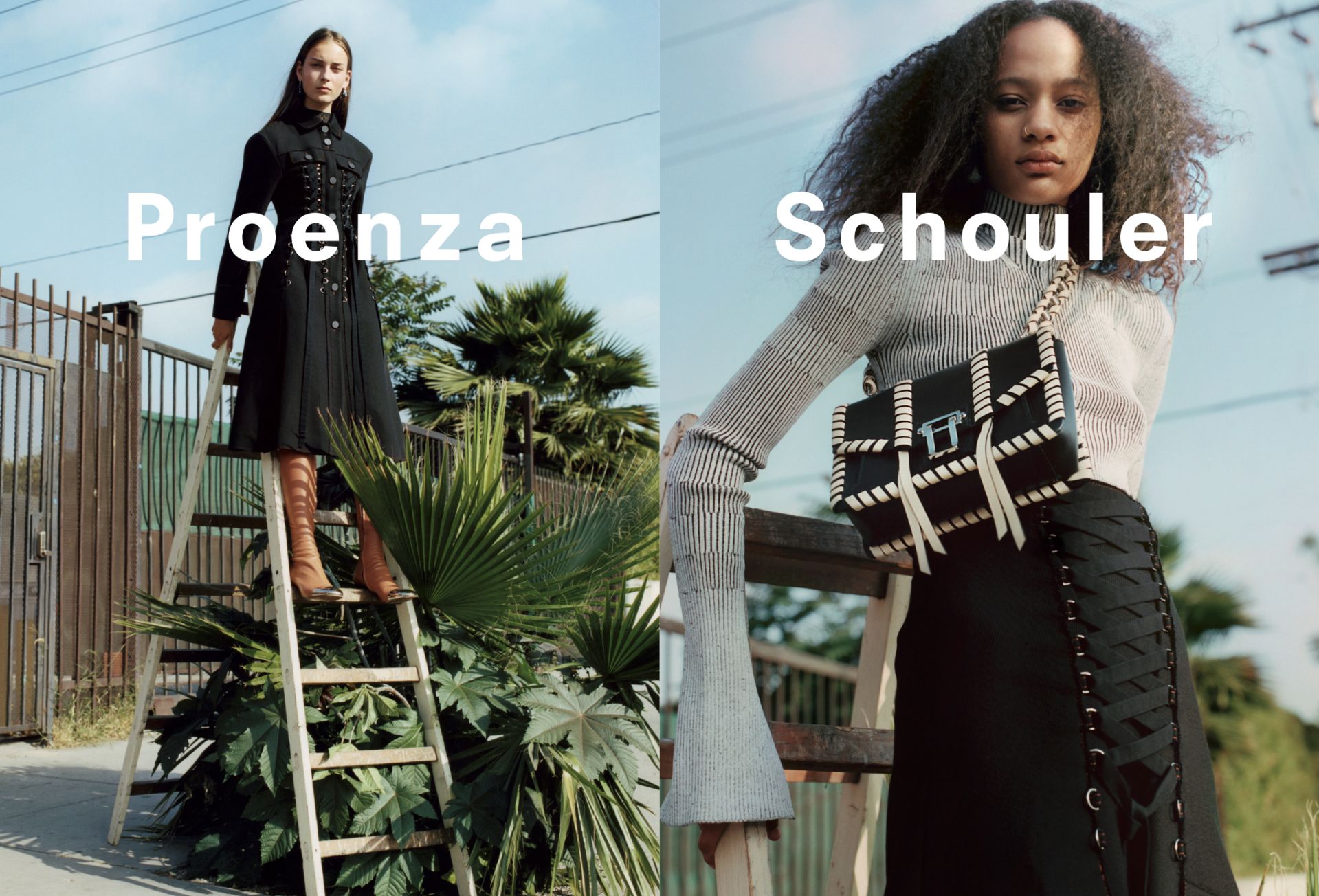 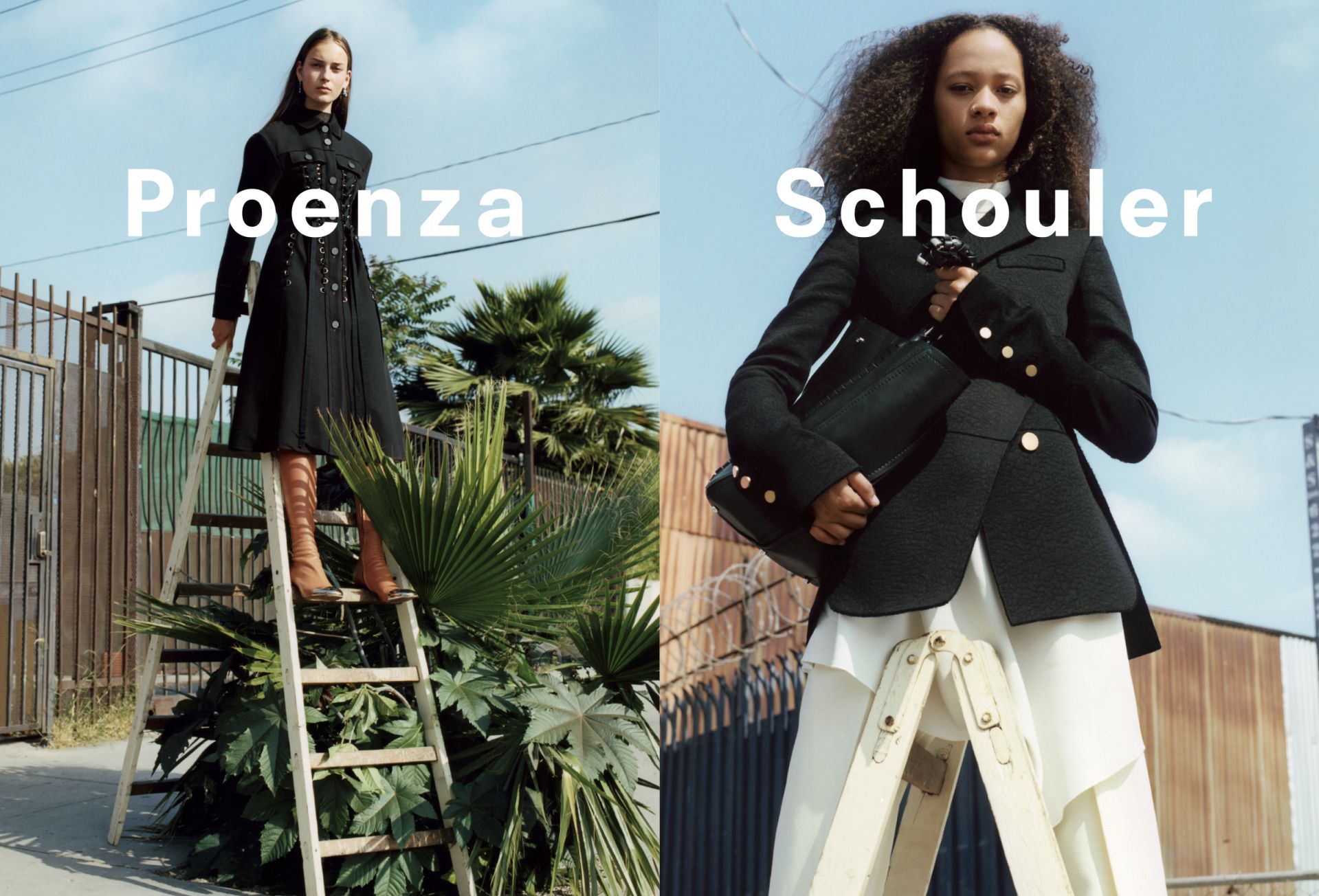 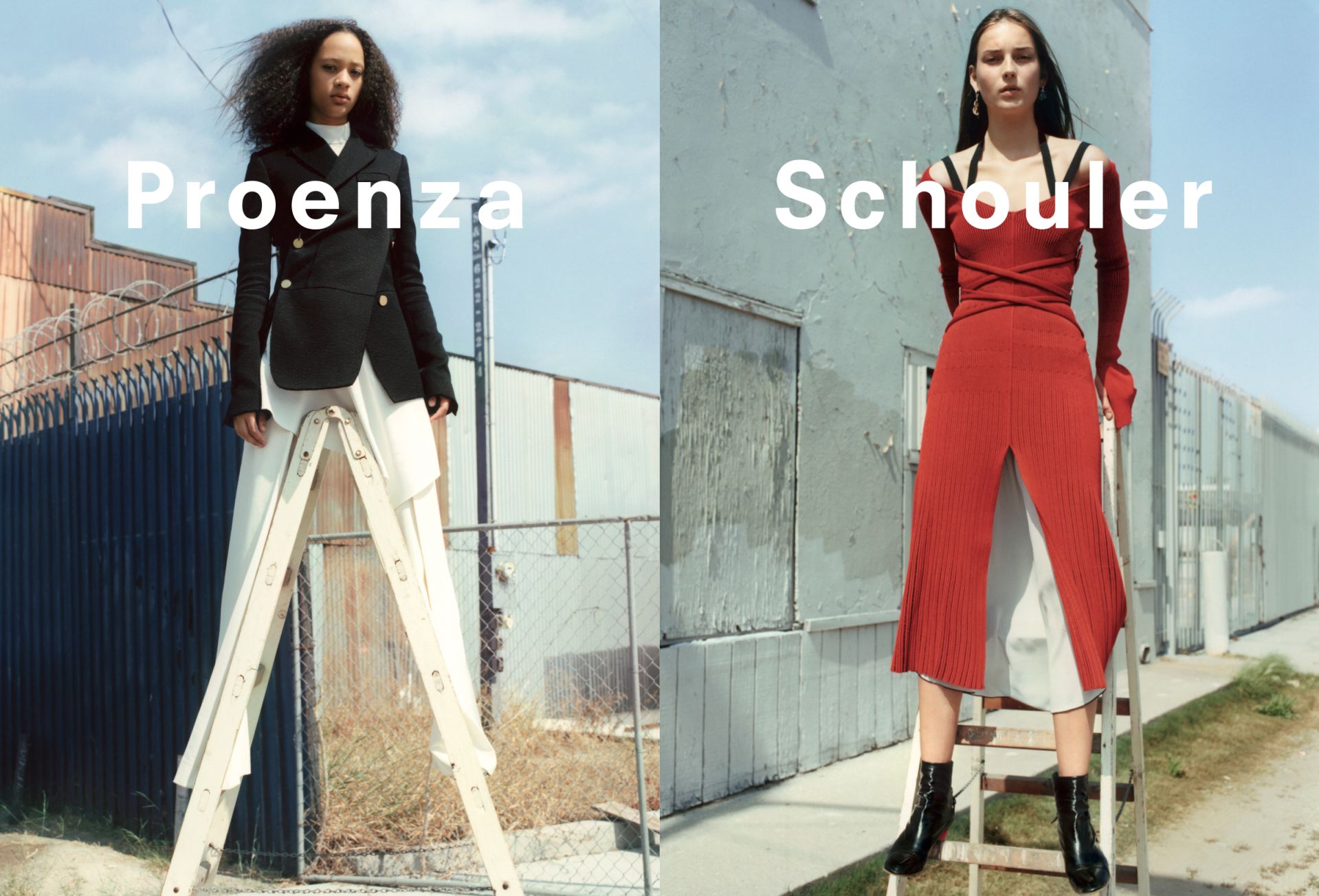 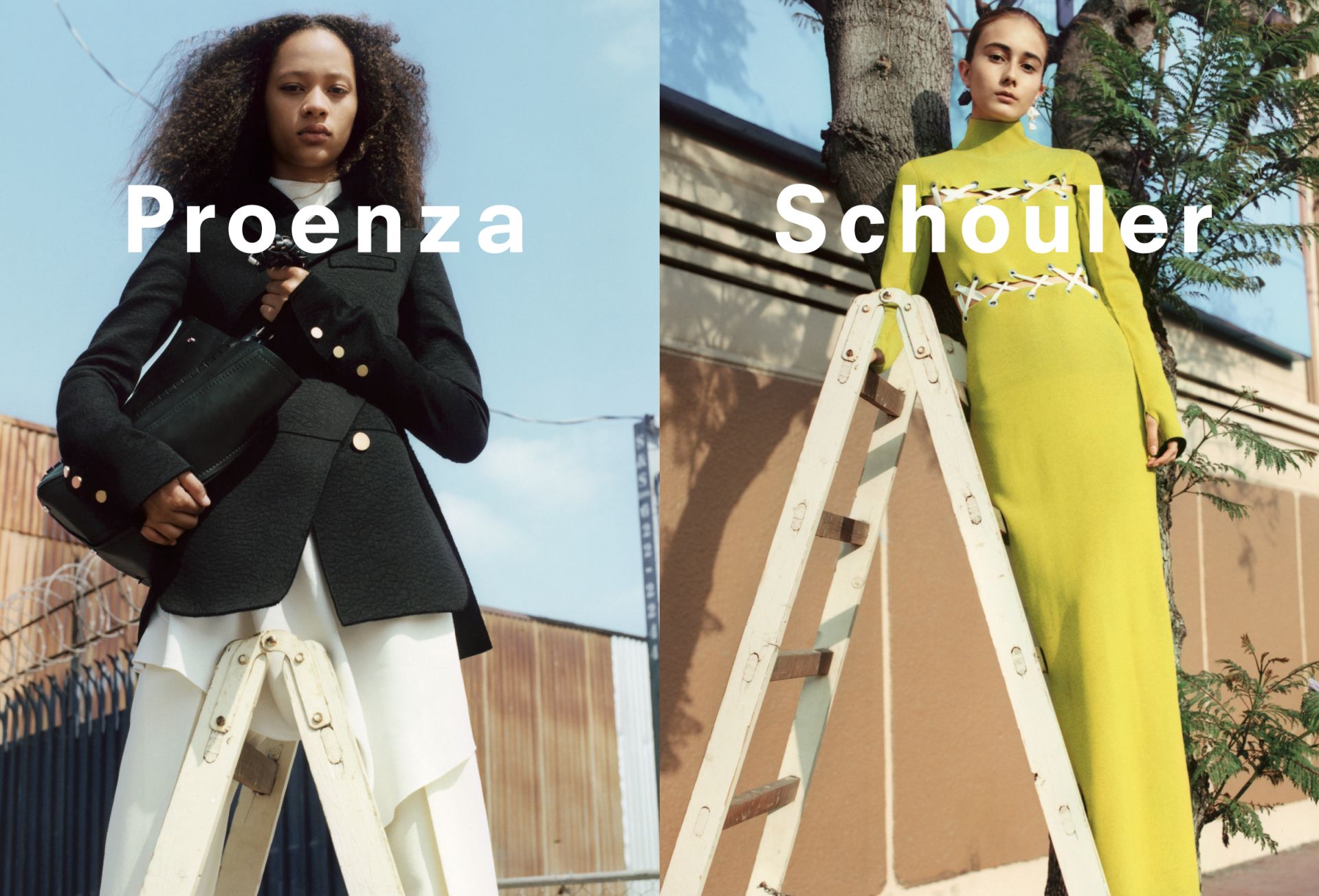 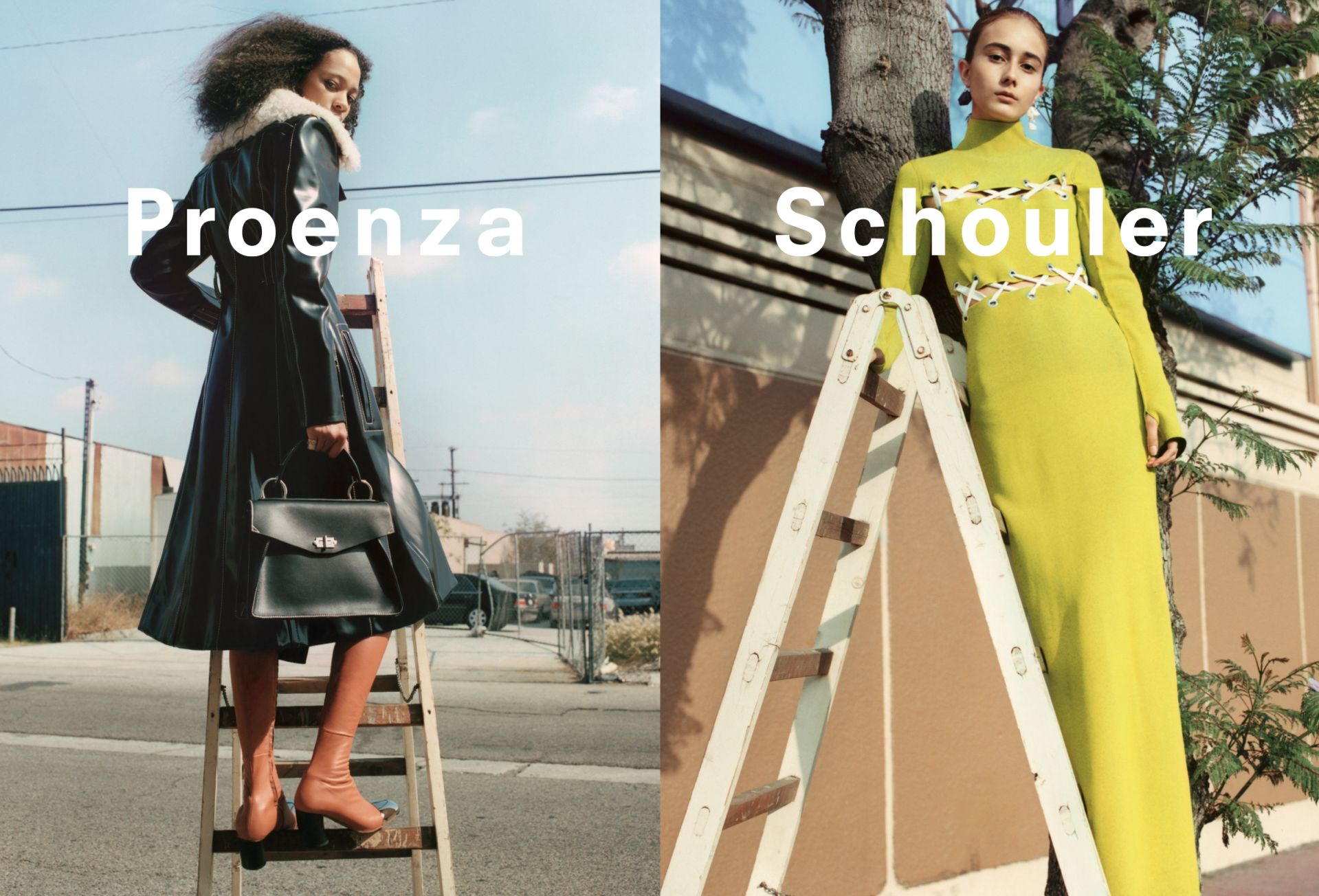 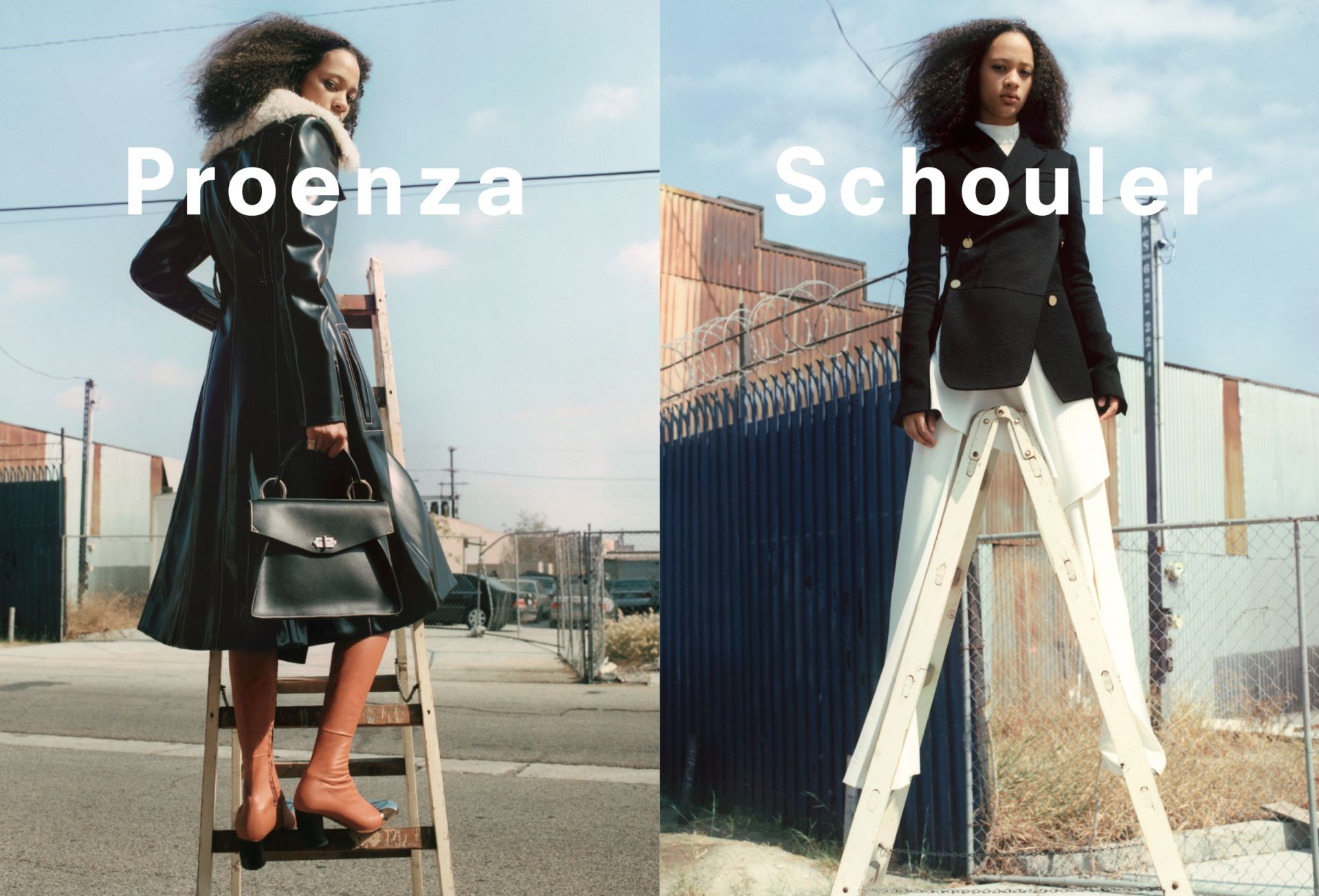 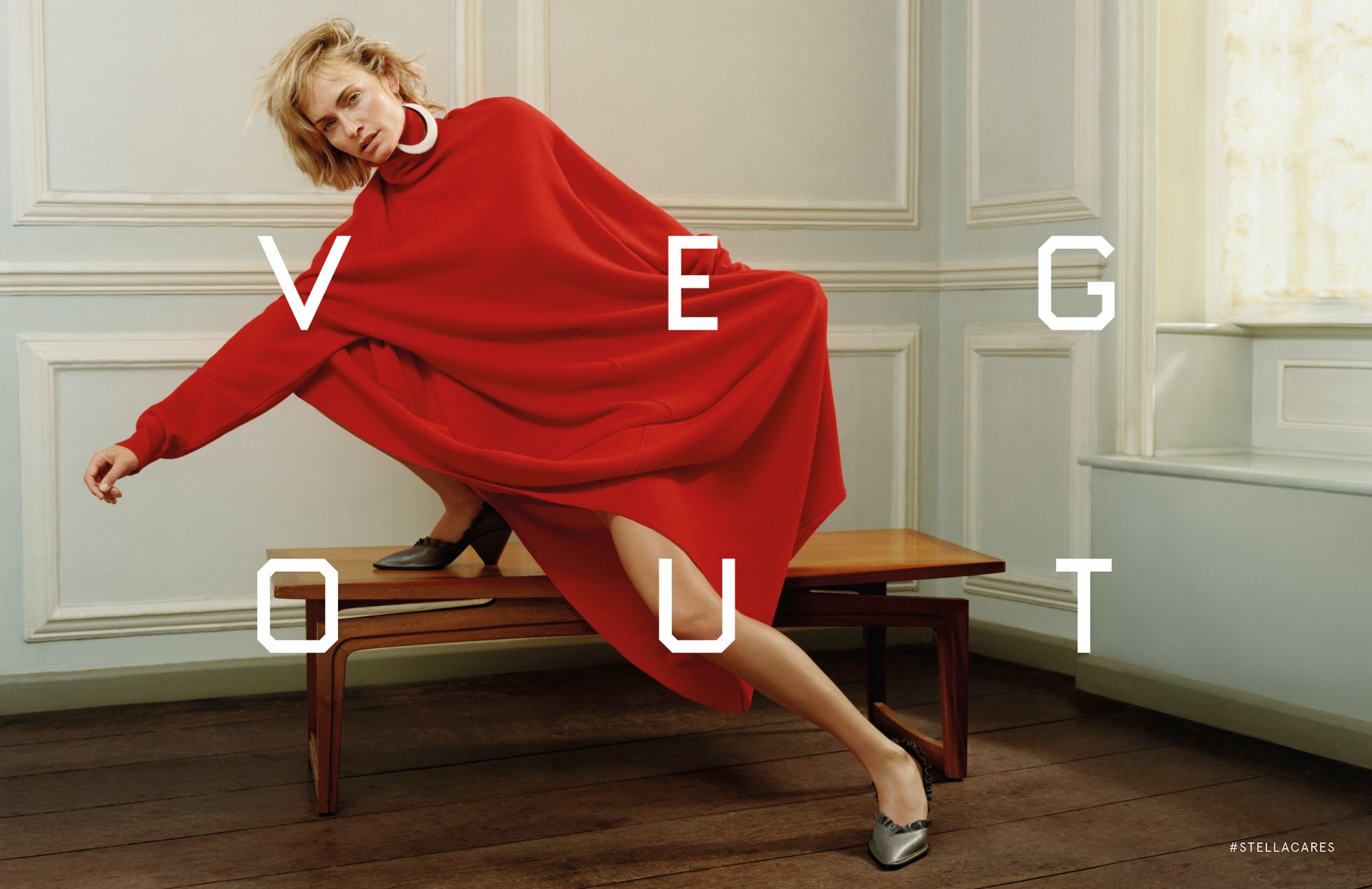 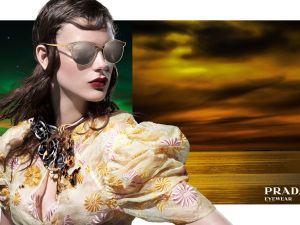 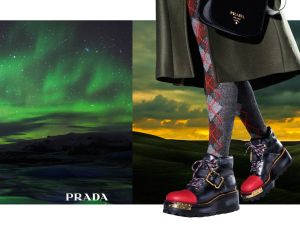 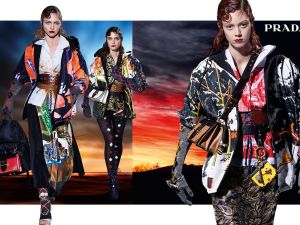 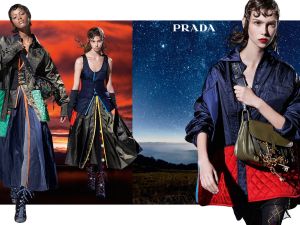 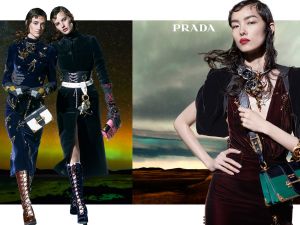 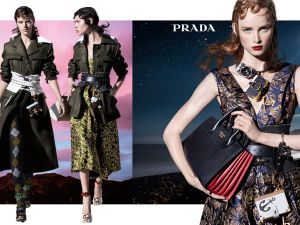 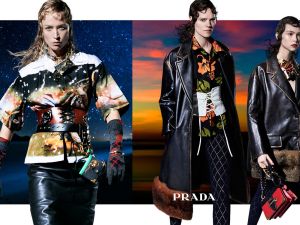 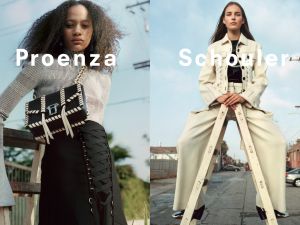 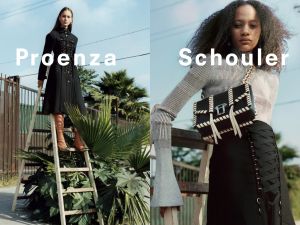 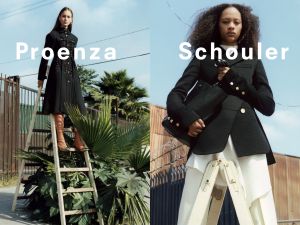 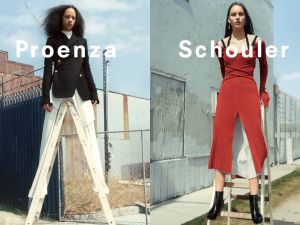 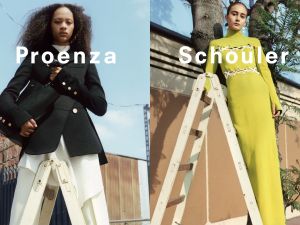 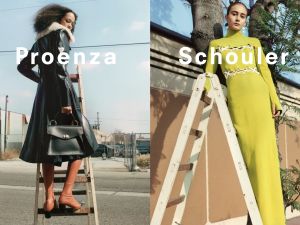 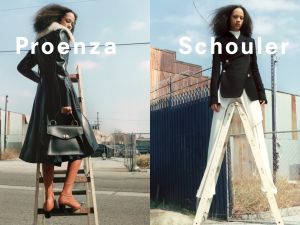 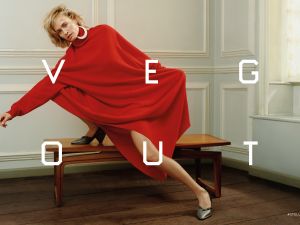 For a designer, the creative process of cultivating each collection of clothing and accessories doesn’t simply end once the season’s runway show is complete. There tends to be one more step to the process: Constructing an ad campaign that embodies the collection, while enticing customers to actually buy their product. But often, the artistic opportunity and bold platform that an ad campaign offers is often overlooked and wasted.

But this week, three campaigns were released that let their ethos shine, alongside the clothing. Take, for example, Stella McCartney, who teamed up with artist Ed Ruscha to cover images of Amber Valletta with text that aligns with her company’s values. The notoriously vegetarian designer, who doesn’t use leather, feathers or fur, had the artist write that exact statement on top of the model, while she lounges in a blue velvet puffer jacket. It helps that Valletta is an environmental activist herself; she’s an honorary board member of the International Fund for Animal Welfare and founder of Master & Muse, an e-commerce destination with a focus on “mindful manufacturing.”

“The collaboration with Ed Ruscha is a natural progression of Stella’s long standing personal friendship with one of the most iconic American artists of the 20th century who has pioneered the deceptively simple intersection of text and image by superimposing elliptical phrases over landscapes to create paintings,” wrote a statement accompanying the images, which were shot by Harley Weir.

Prada, another brand with strong values–albeit a penchant for liberally using fur, exotic skins and leather–took a similarly striking route for Fall/Winter 2017. One of the most poignant part of these images is the sheer number of models included. Shot by Steven Meisel, no less than 27 catwalkers were tapped to bring Miuccia Prada’s vision to life, which focused on bridging “the current cultural bricolage” for women. The long list of models included old school names, such as Milla Jovovich, Stella Tennant, Sasha Pivovarova and Raquel Zimmermann, alongside newer, bolder faces such as Lexi Boling, Julia Nobis and Amanda Murphy.

“In dressing each morning, a woman recomposes her unique collage of a life. Therein lies her strength,” wrote the press materials that accompanied Prada’s creations. Aimed to express the complexity of women’s lives, these images portrayed troubled love lives, various experiences that come with aging and dealing with the weight of past tragedies. These stark realities were juxtaposed against the presence of typically feminine pieces of clothing, including glimmering body-skimming gowns, white corsets, stockings and teetering heels.

Jack McCollough and Lazaro Hernandez had similar ideas for their Proenza Schouler images, focusing on “an attitude of complete individualism and strength.” By playing with silhouettes, like close cropped jackets paired with billowing pants and dresses that skimmed the body rather than restricting it, there was also a nod to the “notions of control and release.” Nothing embodies that sentiment more than the laces that wrapped across the bodice of a ribbed dress, danced up the front of a black jacket and encircled the border of a new bag shape.

Models Selena Forrest, Julia Bergshoeff and Alexa Peralta were all perched high on a ladder in each of these pictures. Perhaps the ladder symbolizes women’s struggle to break through the glass ceiling. Or maybe it just alludes to the fact that women stand tall and proud in their Proenza threads. Regardless, it elevates these pictures beyond just fashion graphics that are just that: pretty pictures. These campaigns have a platform, a statement, and they make that very clear. Plus, they’re sure to sell at least a few purses.