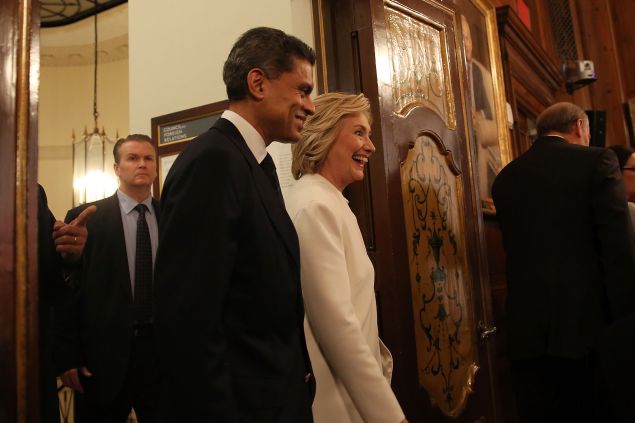 In their familiar company, Zakaria is relaxed, well spoken and self assured. He understands them. He speaks their language, no matter what it is.

But on June 17, the world saw a confused and bewildered Fareed Zakaria, when he had the misfortune to cross paths with Vladimir Putin at the 20th International Economic Forum in St Petersburg, Russia.

Zakaria found himself lost in translation while trying—unsuccessfully—to tame the seasoned KGB-trained Russian president. With his usual charm and overconfidence, Zakaria asked Putin a number of questions Putin had pointedly refrained from answering on many early occasions. Namely: “What does Putin think of the future U.S. President?” and “Will it be a he or a she?”

During the Q&A—which was widely televised around the world—Zakaria very carefully began to take Putin’s temperature on Donald Trump, but immediately found himself in trouble. The CNN favorite fell from grace at this exact moment:

“You made some comments about Republican presumptive nominee Donald Trump,” Zakaria began, in a careful tone, as though he was afraid to scare a big catch. “You called him ‘brilliant,’ ‘outstanding,’ ‘talented.’ These comments were reported around the world. I was wondering—what in him led you to that judgment, and do you still hold that judgment?”

Putin didn’t swallow the bait. He cleared his throat and looked at Zakaria with blood-thirsty enthusiasm. “Ah,” he said, the way a cynical Russian doctor addresses an incurable patient.

“You are very… you are a well-known man in our country—you personally,” Putin began, like a boa preparing to constrict. “Not only as a host on one of the biggest TV networks, but as an intellectual,” he continued.

The Russian audience understands their president. Putin is known for calling his arch-enemies in Washington “friends,” “partners” and “colleagues.” When he is mad, he adds “so-called” in front of these nouns.

Putin is always pointedly polite—but the less he values his opponent, the more generous and exquisite he is with his definitions.

After Barack Obama admitted there had been no plan about what to do in Libya after the fall of Kaddafi, Putin called the American president “a decent person” who “had courage.” At the time, he insisted: “I say it without irony.”

This style of political newspeak is echoed by a number of high-ranking Russian diplomats. While polite and literarily impeccable, the language is so influenced by city-street vulgar folklore that it can be understood only by a native-speaker and almost never by an outsider.

Here is an example: Sergei Kislyak, Russian Ambassador to the United States, said Russia would continue to sell space rocket engines to the U.S., but also wished Americans success in building their own. His exact words were: “We will continue [to sell the engines]. They [Americans] are now saying it is necessary for them to ensure that they fly on American ones. They can try. As one of my good old friends said, ‘Let there be wind into their sails.'”

On the surface, this was a positive message of well-wishes—but only when one doesn’t recognize the less-pleasant Russian proverb: “Get the flag to your hands and wind to your ass,” which means “you idiots don’t know what you are doing—you will fail, and I have warned you.”

Another example of modern-day Russian newspeak comes from Maria Zakharova, Director of the Information and Press Department for the Russian Ministry for the Foreign Affairs. Rejoicing over the latest Brexit developments, she wrote on her Facebook page that she soon expected to experience the “Whoexit” instead of “Brexit,” “Grexit,” etc. Whatever English speakers think about “Whoexit,” to a Russian ear, the first four letters of the word bring to mind Russian for “prick.” So, the full meaning of “Whoexit” is something to the effect of “the total fuck-up of the EU dream.” Zakharova “copyrighted” her invention.

Moreover, Putin is notorious for not watching TV.

Russians knew very well that Putin had likely been briefed, or reminded who Zakaria was, just five minutes before meeting the American.

“Why are you trying to juggle so much?” boa-Putin began to squeeze the journalist, to the joy of his audience. “You are a journalist, not an analyst. Look at what I said. I said Trump is a bright person. What do you think—he is not bright? Bright. I did not give him any other characteristics.”

Upon further examination of Putin’s diplomatic newspeak, his ‘bright’ definition of Trump can imply the Russian president believes Donald would be a disaster for the United States.

But Putin likes Trump for other reasons: “Trump said he was ready for a full-scale reconstruction of Russo-American relations. What is wrong with this? We welcome it. But you, [Fareed Zakaria], you don’t?”

Against a backdrop of murderous laughter bubbling up from the audience, Zakaria desperately tried to save face. Instead, he made another blunder:

(Russian television was quick to point out that the Interfax English translation used the word “bright” indeed. “Putin Won CNN Journalist on Information Tatami Mat” was the headline of the day.)

As Zakaria tried to move forward, turning the spotlight on another candidate for U.S. presidency, he stepped on yet another linguistic landmine:

“Let me ask you about another person you have dealt with a great deal,” Zakaria continued. “Trump, you have never met—but Hillary Clinton was secretary of state… you made a joke about [her]. You said, I think, the Russian idiom is ‘husband and wife are the same devil,’ and what that means in English is ‘two sides of the same coin.’ What did you mean by this? What do you think—how did she do as a secretary of state—as you dealt with her extensively?”

Once again, Zakaria used the wrong translation of what Putin said, changing the meaning of Putin’s words for himself, maybe—but not for the Russian-speaking audience. If Putin wanted to say “two sides of the same coin” there is a Russian proverb for this: “Two boots make a pair.” The proverb Putin used was “husband and wife are the same Satan,” which is very close in meaning to “the same shit.”

Undertanding the difference, the audience burst into laughter again.

Trailing off, Putin smiled: “What one can say in a hot-tempered moment…” But Clinton was never his equal, he quipped. Putin deals only with top-ranked heads of government, and Clinton has never been top.

Lavrov, master of Russian diplomatic newspeak himself, only once allowed himself to spill sincere emotion: During a press conference he called Fareed Zakaria’s colleagues from the pool of Saudi Arabian journalists “fucking idiots”—instead of his usual “esteemed representatives of the journalist corpus.”

He, too, was smiling.

“But Ms. Clinton,” Putin continued, “probably has her own thoughts on the development of Russo-American relations.”

He calibrated his words carefully. He did not call her “bright,” “colorful” or “talented.” Rather, he left it as this: if Clinton is elected U.S. president, she will have to adapt to a burden of new responsibilities. Very often it is hard to recognize people who have found themselves in a position of power, he said.

This wasn’t met with laughter—just applause.

For a shrewd observer, this is a sure sign Putin puts his money on Clinton to be the next U.S. president.

But, for Fareed Zakaria, this was likely another moment lost in translation. 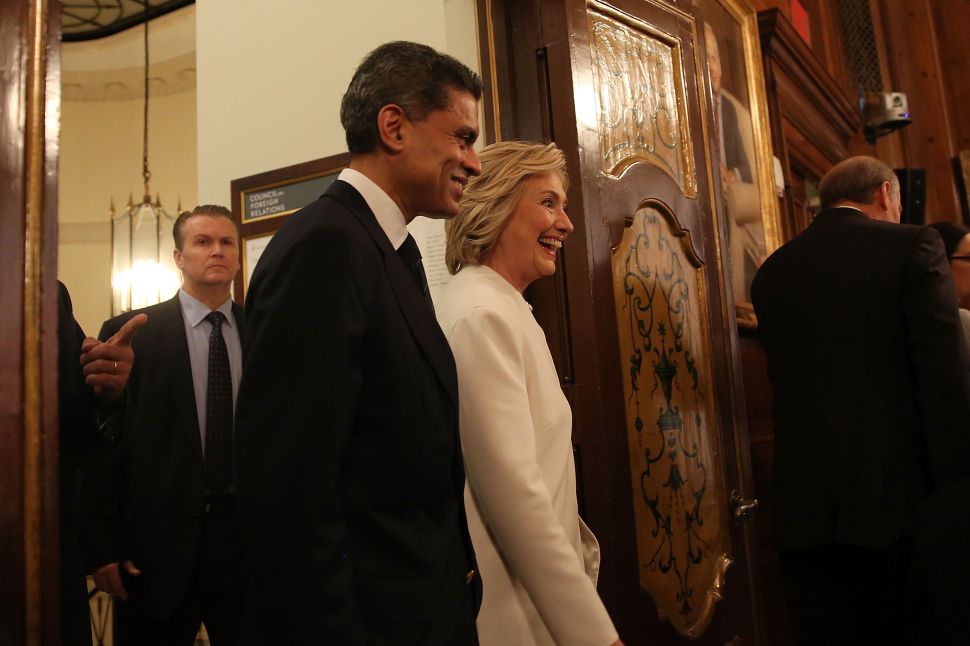