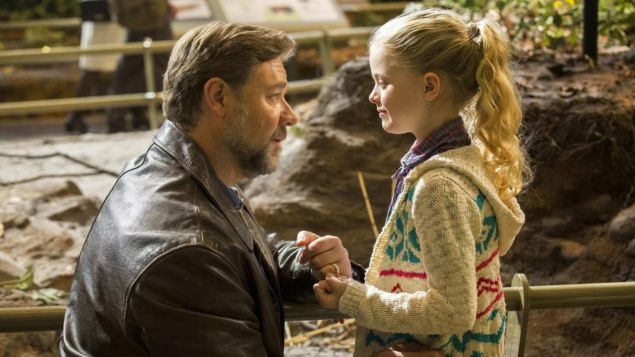 Fans of overwrought weepies might find something to relish in a thing called Fathers and Daughters, but despite a starry cast that includes Russell Crowe, Amanda Seyfried and Jane Fonda, this turkey is too clumsy and boring to make much of a ripple in the summer landscape. It opened last fall in Europe to terrible reviews and now I know why.

Directed by Gabriele Muccino, who piled up the Kleenex with the Will Smith flop The Pursuit of Happyness, this is another father-child soap opera with scruffy, miscast Crowe, looking more like a bearded John Goodman every day, as a Pulitzer Prize-winning novelist named Jake Davis, who loses his wife in a tremendous car crash and battles mental illness while trying to raise his traumatized daughter Katie (cute child newcomer Kylie Rogers, whose expressive face almost makes up for the fact that you can’t understand 80 percent of what she says). After seven months of electroshock treatments, Jake emerges from the loony bin broke, guilt-ridden and suffering from manic-depressive psychotic seizures. To make matters worse, his late wife’s vindictive, alcoholic sister (Diane Kruger, clutching a wine glass in every scene) and her smart-lawyer brother-in-law (Bruce Greenwood) file for custody of Katie. The movie jumps around like a yo-yo with a juxtaposition of time sequences that careen out of control until the audience is thoroughly dazed and confused. One minute Katie is an 8-year-old begging her daddy to love her. Sixty seconds later, she’s a grown woman (Amanda Seyfried) destroyed by sex addiction—dry, barren, unable to relate emotionally and a promiscuous child psychologist whose boss (Octavia Spencer, wasted in a cameo) assigns her the case of a tormented orphan who does not speak. The time sequences are soon so out of control that it is impossible to figure out what’s going on, and why.

As the clichés multiply, Jake pounds away on an obsolete manual typewriter and writes a novel his agent (Jane Fonda in a terrible wig, looking like Mary Tyler Moore) predicts will win a Nobel Peace Prize. She has nothing to do in the movie, but she must be a great agent, because when he throws his completed novel on her desk she sells it before lunch, without even reading it. The book tanks, his seizures and psychotic breaks accelerate, Katie’s one true and unconditionally loving boyfriend (Aaron Paul) leaves her after he discovers a used condom wrapper under their bed that is not his, and the mentally damaged orphan whose troubles become the focus of her affection is taken away. Katie and her father are never shown relating to each other as adults, robbing Crowe and Seyfried of the chance to appear in any scenes together—and it takes the whole movie to figure out why. Turns out he’s been dead for years, see, and…but why go on? Fathers and Daughters was doomed to a flat tire from the opening car crash and the detour lasts nearly two hours.


Butterfingered direction, an implausible screenplay by first-time writer Brad Desch oblivious to narrative coherence and too much sappy music in all the wrong places so loud it sometimes drowns out the dialogue, all conspire to leave the audience writhing in stupefaction. The cheesy happy ending that saves Katie from delusional self-destruction is as phony as it is contrived. The word for Fathers and Daughters is anguish—for everyone on the screen and in the audience, too. 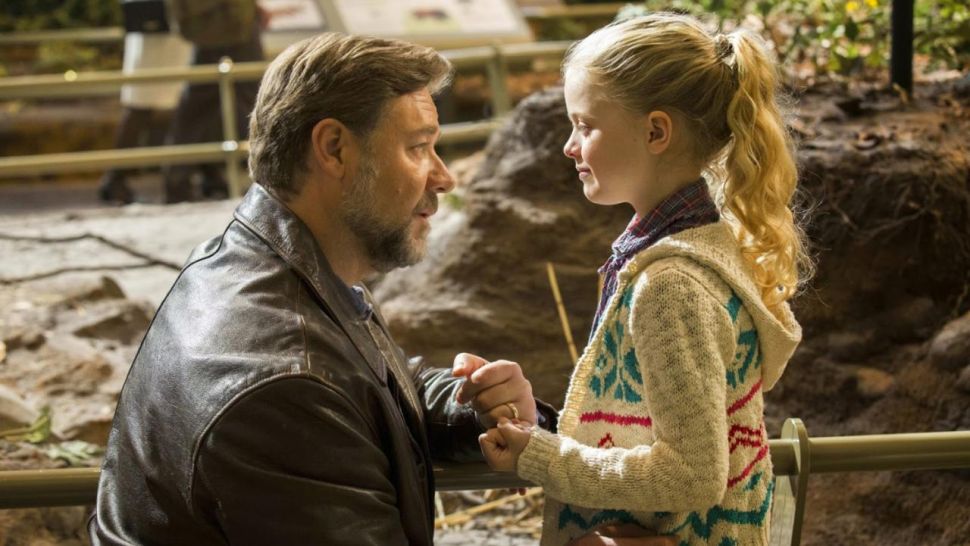