After examining over 100 public and private colleges and universities from January through June of 2016, the study found 287 anti-Semitic incidents occurred at 64 schools, compared to 198 occurrences that took place during the same time last year, reflecting a 45 percent increase.

“The growing problem of campus anti-Semitism is no doubt a serious threat facing the Jewish community. But this disturbing and dangerous spike and the bolder, more brazen methods of those perpetrating this hate are particularly alarming,” warned Tammi Rossman-Benjamin, AMCHA Initiative director and co-founder.

Suppression of free speech is among the more disturbing trends revealed in the study. The report cites “14 incidents in which Jewish students’ civil rights were violated by suppressing their speech, blocking their movement or hindering their assembly. Found on 12 campuses, these incidents reflect a significant increase from the first half of 2015, in which eight incidents of suppression occurred on seven campuses.”

‘Instead of just boycotting Israel, the anti-Zionists are now boycotting Jewish students.’

The AMCHA report, which uses the definition of anti-Semitism established by the U.S. State Department, revealed that campus events denying the right of Israel to exist—which nearly tripled in 2016 compared to 2015—correlate directly with “conduct that targeted Jewish students for harm.”

The study confirmed the rapidly-growing correlation between anti-Semitism and activism on the part of the anti-Israel Boycott, Divestment and Sanctions (BDS) movement.

“Instead of just boycotting Israel, the anti-Zionists are now boycotting Jewish students,” stated Professor Leila Beckwith, AMCHA co-founder and one of the study’s lead researchers.

“Sadly, all too often it is not debate but hate. The lines between political discussions on Israeli policy and discrimination toward Jewish students are being blurred. Anti-Zionists are attempting to harm, alienate and ostracize Jewish students; it is Jewish students’ civil rights that are being trampled.  To properly address this rise in anti-Jewish bigotry, universities must adopt a proper definition of contemporary anti-Semitism and use it to educate the campus community about the distinct line between criticism of Israeli policies and discrimination against Jewish people.”

The report findings—especially the relationship between BDS activity and anti-Semitic incidents—came as no surprise to David Brog, Executive Director of the anti-BDS education group, Maccabee Task Force.

Brog told the Haym Salomon Center, “BDS is fueling an all-out effort to portray Israel as the world’s most monstrous abuser of human rights. For the idiots who believe this, it is but a short logical leap to the conclusion that those who defend Israel—primarily Jewish students—must themselves be monsters. The link between BDS and anti-Semitism is crystal clear. BDS is an inherently anti-Semitic movement that multiplies anti-Semitism wherever it goes.”

The schools with the largest increase in anti-Semitic activity are Columbia University, Vassar College and the University of Chicago.

Columbia and Vassar each had 20 documented incidents of anti-Semitism, increasing from two and three, respectively from the same time last year. University of Chicago jumped from two to 14 incidents. New York University and the University of Minnesota rounded out the campuses with the largest increase in anti-Semitic activity.

The study looked at 113 schools identified by Hillel International as the public and private colleges and universities in the United States with the largest populations of Jewish students. The schools investigated in the 2015 study were included in the latest report.

With First Amendment rights of Jewish students also being thwarted, AMCHA suggested schools establish clear guidelines about free speech protected under the First Amendment and conduct which violates others’ civil rights—including disrupting or shutting down campus events and interfering with the rights of those you disagree with to assemble. 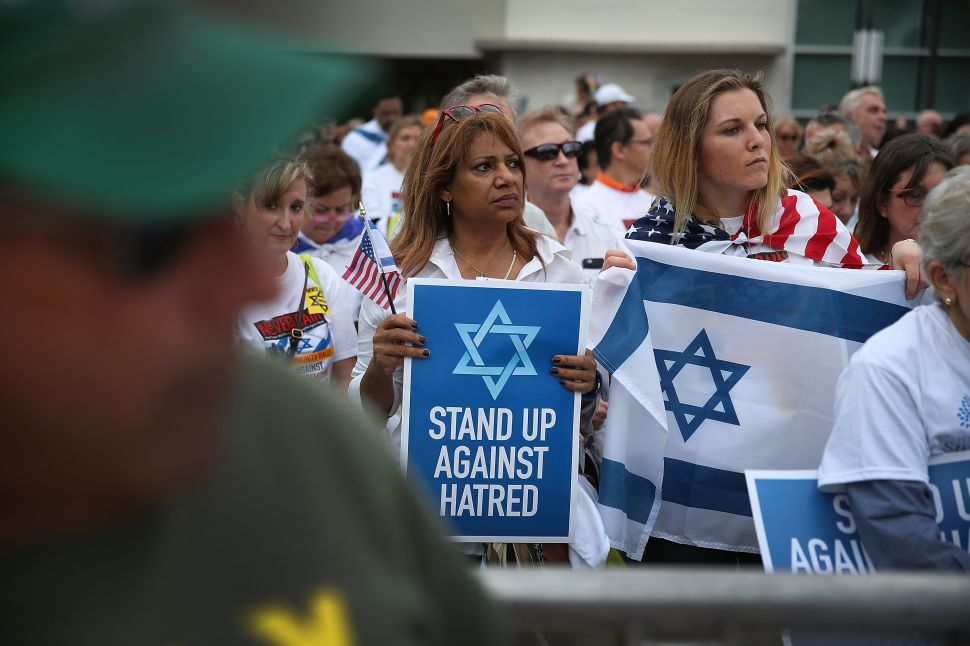