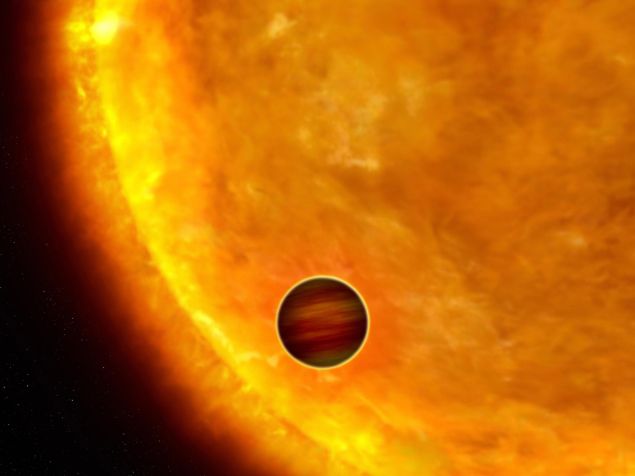 An artist’s impression of a Jupiter-sized planet passing in front of its parent star. (Photo: NASA/AFP/Getty Images)

WISE 0855, a failed star 7.2 light years from Earth, may have clouds or ice in its atmosphere—possibly providing the first evidence of clouds on a celestial object outside the solar system.

WISE 0855 is what’s known as a brown dwarf: too small to be considered a star, yet too large to be classified as a planet. The first brown dwarf was discovered in 1995, and some astronomers believe they could be as frequent in the universe as stars. Brown dwarves are thought to form in a similar manner to stars—from a collapsing cloud of gas and dust—but do not develop into an object dense enough for nuclear fusion to occur. Stars shine due to a conversion of hydrogen into helium by nuclear fusion. As brown dwarves do not achieve this, they are very dim and difficult to detect, hence their alternative identities as “failed” stars.

Using the Gemini North Telescope in Hawaii, astronomers from UC Santa Cruz deduced the composition and chemistry of WISE 0855.

“We would expect an object that cold to have clouds, and this is the best evidence that it does,” said Andrew Skemer, assistant professor of Astronomy and Astrophysics at UC Santa Cruz, in a press release. Astronomers believe WISE 0855 is about five times the mass of Jupiter, and shares many similarities with our solar system’s gas giant.

“Our spectrum reveals the presence of atmospheric vapor and clouds, with an absorption profile that is strikingly similar to Jupiter,” wrote Skemer and his research team in a published study of their findings in Astrophysical Journal Letters. “The spectrum is high enough quality to allow the investigation of dynamical and chemical processes that have long been studied in Jupiter’s atmosphere, but now on an extrasolar world.”

Previous observations of WISE 0855 from 2014, when it was first discovered, provided some hints of clouds based on how bright the object is in specific wavelengths. The brown dwarf is too cold and faint for traditional methods of obtaining an infrared spectrum, so astronomers used the same methods used to study Jupiter’s deep thermal emission.

“It’s five times fainter than any other object detected with ground-based spectroscopy at this wavelength,” Skemer added. “Now that we have a spectrum, we can really start thinking about what’s going on in this object. Our spectrum shows that WISE 0855 is dominated by vapor and clouds, with an overall appearance that is strikingly similar to Jupiter.” 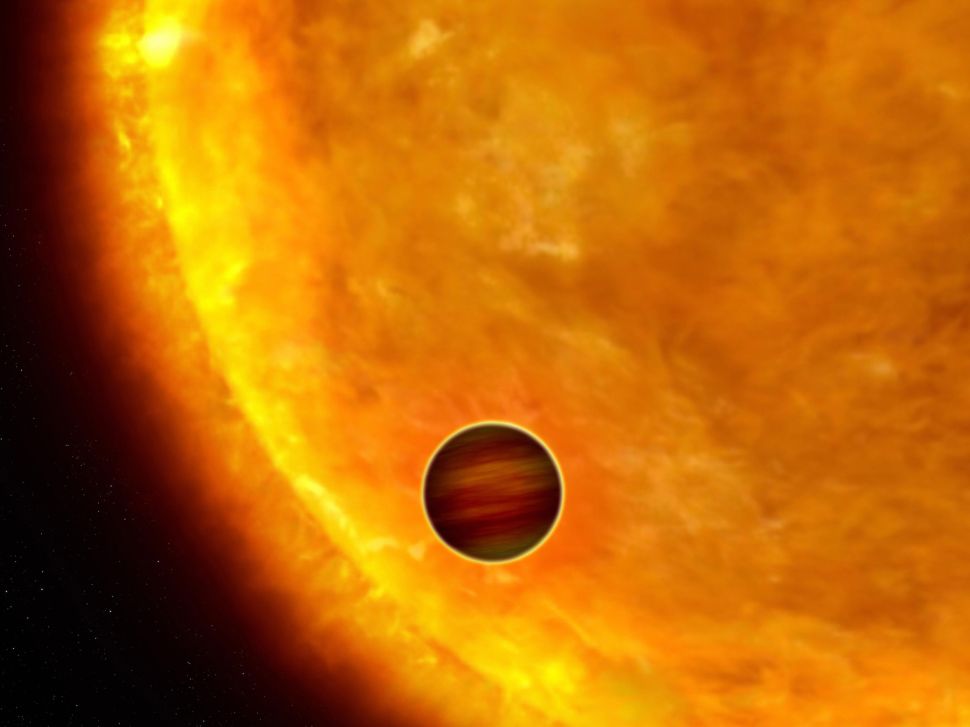