Hillary Clinton and her supporters can use the fact that she wasn’t indicted for extremely carelessly handling national security matters, but for the rest of us, there are a lot of questions still left unanswered. While this is by no means a comprehensive list, here are the most pressing:

1. What’s the difference between “extremely careless” and “gross negligence?”

FBI Director James Comey was asked this multiple times by members of the House Oversight committee but never gave a coherent answer. It seemed to boil down to a question of intent, but intent doesn’t seem to apply to either phrase.

“The question of whether that amounts to gross negligence, frankly, is really not at the center of this,” Comey said at the hearing.

I beg to differ. Comey further argued he was glad the federal government wasn’t prosecuting people for being careless (as we all know, that would imprison a significant portion of bureaucrats).

“As a citizen, I want people to show they knew they were breaking the law, and then we’ll put you in jail,” Comey said.

Attorney General Loretta Lynch was also asked the question multiple times but was even less forthcoming. Her answer amounted to deferring to the FBI’s recommendations not to indict Clinton. Helpful!

One of Clinton’s aides, Bryan Pagliano, reportedly pleaded the fifth more than 100 times during his interview with the FBI. Pagliano was the former IT staffer who set up her private email server. Other top Clinton aides, including Huma Abedin and Cheryl Mills, were also interviewed.

Comey didn’t mention any of them or other aides in his comments about the case. He didn’t say in his statement that he recommended no charges be filed against them either, but he must have behind the scenes because Lynch refused to indict any of Clinton’s aides.

So I guess we’re to believe that in this entire part of the State Department—the part that surrounded Secretary Clinton—not one person knew what they were doing was wrong? Is that what we can expect from a President Clinton—a group of incompetent people putting our national security at risk?

3. Why didn’t Comey push for a special prosecutor?

Lynch met with Hillary’s hubby and former president, Bill Clinton, on an airplane just a week before Comey recommended no charges. Lynch insisted during her testimony before the House Judiciary committee that the conversation was just social and that the investigation wasn’t discussed, so no special prosecutor was needed.

Hard to believe her, but even if that was the case, the optics of the meeting make it impossible to believe the investigation wasn’t discussed, especially, as she said, Clinton requested her time. This is the kind of thing that’s ripe for controversy. A special prosecutor would have gone a long way to assuage concerns.

4. Why is it okay for Clinton to get off the hook over “convenience?”

Clinton said repeatedly that she set up the private server for “convenience.” We’re all supposed to assume it would be much easier to install, maintain, update, replace and run our own email server than let someone else—like the federal government who already has a system in place—do it. Okay.

But getting past that, Comey said during his congressional testimony that Clinton set up her private email server out of “convenience” and that there was no evidence she did it to shield the public from her emails. That may be the case, but I’m going to have to roll my eyes. Clinton’s “convenience” put national security at risk, as Comey suggested during his official statement on the matter prior to the hearing.

At that time, Comey said that because of Clinton’s carelessness and her use of personal devices overseas in hostile nations, “it is possible that hostile actors gained access to Secretary Clinton’s personal email account.”

All of this, for convenience. This seems like it should have pushed Clinton’s extreme carelessness into the realm of gross negligence, since doing this out of “convenience” suggests a motive as to why she was so careless. It was a purposeful decision made by Clinton and her team that endangered the country. And they’ll go unpunished.

5. Why did Clinton lie repeatedly if she did nothing wrong?

For more than a year Clinton consistently told the American people that she did not have more than one mobile device, she did not send classified information through her private server, she turned over all work-related emails and that her lawyers read all the emails she turned over. None of these things were true. Why did she lie? 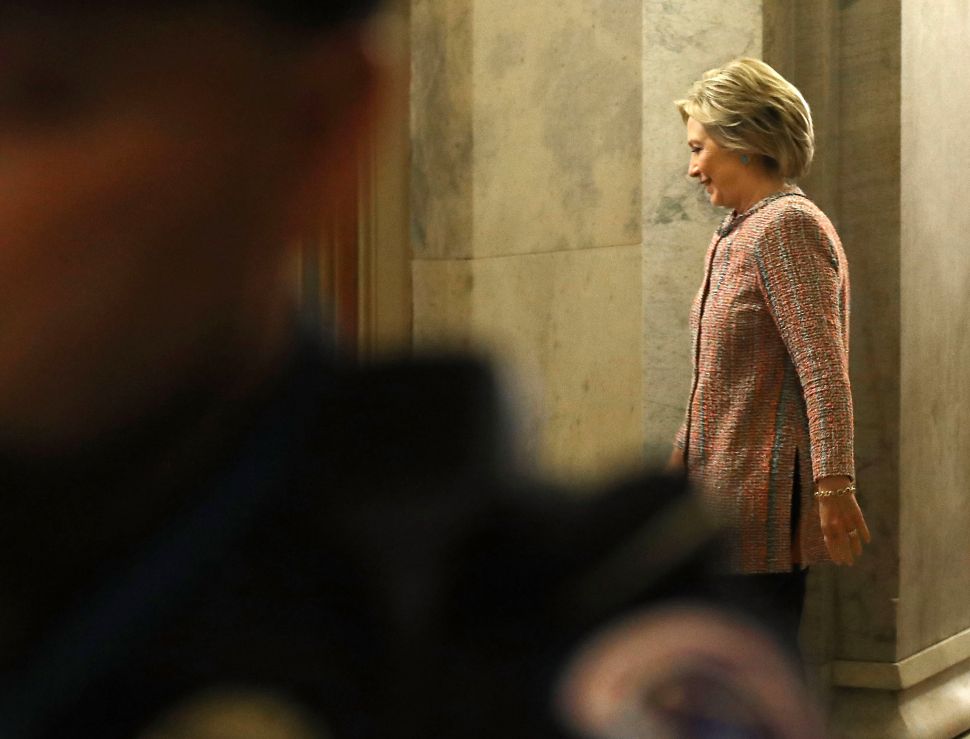