Donald Trump ended weeks of media speculation this morning when he tweeted that he had chosen Indiana Governor Mike Pence as his vice presidential running mate. Pence, who described himself as “Rush Limbaugh on decaf” when he was a radio talk show host, is not an aggressive “attack dog” like Chris Christie or Newt Gingrich, who were also vetted for vice presidential potential. But historians say that’s less of a problem in this election than in previous ones.

“Donald Trump is the most aggressive attack dog in American political history,” Robert Watson, a professor of American Studies at Lynn University, said. “But Pence is a governor and Trump has never governed, and he also adds geographic diversity to the ticket.”

“I don’t think anyone would describe Mike Pence as fiery, but I think that might fit well because Trump is such an aggressive attack dog,” Christopher Devine, an assistant professor of political science at the University of Dayton and co-author of the book The VP Advantage, told the Observer.  “A calm, controlled critic of Hillary Clinton is what he needs.”

“If the Trump campaign decides to moderate his behavior I’m sure Pence could fill the attack dog role,” Kyle Kopko, an associate professor of political science who co-authored The VP Advantage with Devine, added. “But he’s not gonna be nearly as fiery as Donald Trump.”

It remains to be seen whether having an attack dog at the top of the ticket will help Trump win the White House, but many vice presidential attack dogs have helped their candidates seal the deal. The most notable recent example is current Vice President Joe Biden.

“Biden is very experienced and a great orator—he placed a lot of blame on the Bush administration for economic problems and linked that to John McCain,” Kopko said.

“Joe Biden was an aggressive attack dog in his own way—he told African Americans that Mitt Romney would ‘put y’all back in chains,'” Devine added.

Many of the most notable attack dogs before Biden were off their leashes in the 1950s and 1960s. The first example each historian brought up was Spiro Agnew, vice president under Richard Nixon.

“Agnew is the model for an attack dog,” Devine said.

“He didn’t bring much to the ticket aside from being an attack dog,” Watson said. “He was a one trick pony.”

“He gave Nixon (a Californian) a geographic balance in the Mid-Atlantic,” Kopko explained.  “He was combative (he called opponents of the Vietnam War “an effete corps of impudent snobs who characterize themselves as intellectuals”).  He was also one of the more controversial vice presidents since he resigned because of tax problems” (Agnew pleaded no contest to criminal charges of tax evasion.)

Agnew’s predecessor was also quotable, but without the controversy. As a Texas native, Lyndon Baines Johnson proved particularly effective at lobbying voters in the South.

“LBJ made Southerners believe the Republican Party didn’t care about them,” Kopko said. “He was instrumental in waging criticism at Nixon and Henry Cabot Lodge.”

Before becoming a target of Johnson’s vitriol, Richard Nixon had been an attack dog for much of his political life. He was aggressive in Congress, painting opponents as Communists, and proved to be effective at dodging bullets as vice president, most notably when he gave the famed “Checkers speech” defending his use of a special fund to pay political expenses.

This controversy ended up helping President Dwight Eisenhower because “Ike wanted to be above the fray,” Watson said.

Some vice presidential attack dogs can have an impact on the public discourse even when they lose the election—Kopko pointed to Lloyd Bentsen, Michael Dukakis’ running mate in the 1988 presidential election. When Dan Quayle, who was running alongside George H.W. Bush, claimed in a debate that he had as much congressional experience as John F. Kennedy, Bentsen uttered the immortal line “Senator, I served with Jack Kennedy. I knew Jack Kennedy. Jack Kennedy was a friend of mine. Senator, you’re no Jack Kennedy.”

“A vice presidential candidate can lobby and voice criticism on the other party’s candidate so the president can have a more positive message,” Kopko said.

“It allows the presidential candidate to have his cake and eat it too,” Watson said. “He can look presidential but release his vice president.” 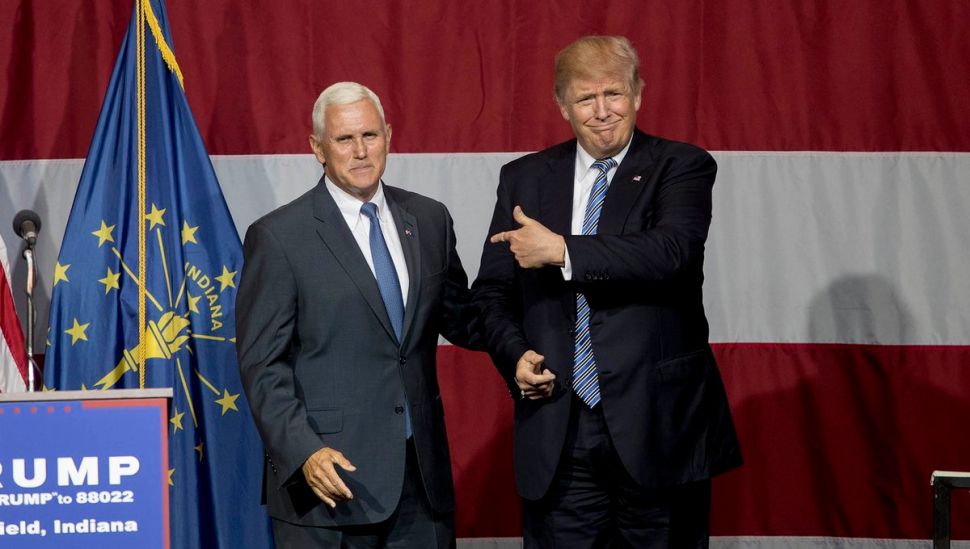