They say that the grass is always greener on the other side. That seems to be how former Avon CEO Andrea Jung feels about Park Avenue—at least the west side of the exclusive boulevard.

Jung, who is currently the president of CEO of the nonprofit organization Grameen America, already resides in a duplex co-op at 1021 Park Avenue, but she’s now purchased another duplex, only four blocks away, at the new Toll Brothers-developer 1110 Park Avenue.

The former CEO and chairwoman of Avon used an LLC to purchase her new 5,702-square-foot condo, for which she paid $17.62 million, per public record. The duplex is one of just nine units in the limestone building.

Jung once resided in 620 Park, before heading to 7 Gracie Square, along with her then-husband, former Bloomingdale’s CEO and chairman Michael Gould.

But she just couldn’t stay away from Park Avenue. Her luxurious new pad features fumed oak flooring, custom mahogany paneling, and Juliet balconies, and is reached through a private keyed elevator. The five-bedroom, 5.5-bath abode has ceilings over ten feet as well as a Christopher Peacock custom-designed kitchen with Gaggenau and Wolf appliances, per the listing held by Toll Brothers broker Julie Rosenfield.

Each of the bedrooms has an en-suite bath, and the master bath has onyx vanity countertops, marble interiors, white shell mosaic floors, and a freestanding soaking tub. There’s also a rain shower and radiant heated floors, of course.

So how does her new duplex, which is on the eighth and ninth floors of the Toll Brothers condo, stand up to the co-op at 1021 Park? Well, her former pad is located on the second and third floors, so her shiny new purchase probably has a better view.

Of course, for those who don’t mind being a tad closer to the ground, and perhaps prefer the customary old-world vibe of a traditional Park Avenue co-op, Jung’s former digs are currently listed for $13.5 million. Sure, it’s not exactly pocket change, but considering she was first asking $16.2 million for the space back in October, it’s a comparative steal! 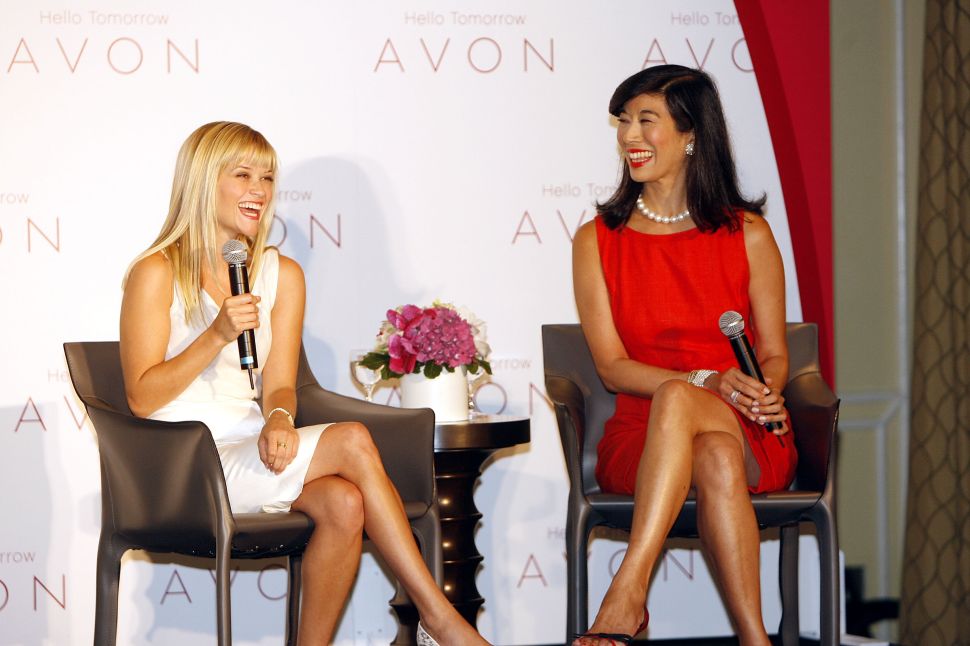