Today, New York City lost its skipper. Like a great coach, former First Deputy Mayor Peter Powers was a brilliant manager, leading a huge team of city workers and making us all want to play harder and smarter under his leadership.

Peter was the quiet thinker of the Giuliani administration, the rational one you went to at City Hall when you needed to get something done.

The only lawyer in the inner circle who wasn’t a former assistant US Attorney but instead  started his own successful firm and understood there were two sides of every aisle, whether it was at City Hall or in a courtroom.

Peter knew Rudy the longest and the best. This post-City Hall profile of Peter in the Observer from 2000 credited Peter with “know[ing] the Mayor’s mood swings better than anyone.” That was not a trivial asset. They were cut from the same cloth. Both were borough boys, he from Queens, Rudy Brooklyn. They met as sophomores at Bishop Loughlin High School and were together until the end. Rudy was at his bedside today at Calvary Hospital when Peter took his last breath.

After surviving Catholic high school as political debaters they went to Manhattan College along with Monsignor Alan Placa, who rounded out the trio.

They graduated NYU Law School in 1965 and then pursued different legal careers, Peter a tax attorney and a CPA…a double threat.

Eventually they were reunited in Manhattan living blocks away from each other remaining closer than brothers.

After a disastrous start of the 1989 Mayoral campaign, down 30 points, Rudy fired all the Beltway bullies who may have known more about national campaigns but didn’t know the difference between Murray Hill and Washington Heights.

Rudy smartly turned to his BFF and the one he trusted most and Peter became the campaign manager. Despite the snickers by reporters predicting further failure—Peter had no political experience nor a Harvard degree (what, like it’s hard?)—Peter managed the campaign to a virtual dead heat, losing to then Manhattan Borough President David Dinkins by only 2 points.

Many in Rudy’s camp begged for a recount and to wait until the absentee ballots, which usually favor Republicans, were counted before conceding victory.

Peter advised Rudy and the team that to do so would be not only disruptive to the City but disrespectful of the history what was made that night by David Dinkins becoming the first African American to be elected Mayor.

Oddly enough I was returning to the office from Mayor Dinkins’ 89th birthday party when I got Joe Lhota’s text today about Peter’s passing.

I had just told a story to some at the party who were  surprised to see me there about how, yes, we did battle but Peter, who ran City Hall while Rudy ran the city, extended the olive branch and we were taught to respect the office.

Four years after Rudy’s loss in 1989, Rudy defeated Mr. Dinkins in the 1993 rematch. Peter Powers helmed that campaign from the start. In Rudy’s book, Leadership, he tells of showing up at City Hall a week before he was to be sworn in.

“On December 26, 1993, Peter Powers, my campaign manager, soon-to-be deputy mayor and lifelong friend, and I went down to City Hall. It was a Sunday and the office was nearly deserted. We walked through the whole office for two hours, taking notes on the floor plan and how it was organized. By the time my staff moved in the following week, I had already decided where everybody should sit—before we got off on the wrong note by bickering over who sat where.”

That was the Rudy and Peter show at its best—planning, plotting, getting out in front of things.

During the transition, Peter often said that the campaign was over and the business of governing is very different. I recall he met with all of us at the campaign headquarters as we were frantically interviewing potential commissioners and said if you can’t embrace that motto you shouldn’t expect to make the team at City Hall.

Some of us interpreted this new mantra akin to The Godfather’s …”keep your friends close and your enemies closer.” Peter was like Robert Duval’s Tommy Hagen,  the consigliere to the boss. Being the Irish guy wasn’t the only thing they had in common. It wasn’t about enemies or leaving behind guns and taking the cannoli, it was about management. Peter ran City Hall like a business. Facing huge budget deficits, mass unemployment and sky-high crime, Rudy trusted Peter to do what Peter did best. Pick the best team and coach us to victory.

Peter was an extraordinary manager, mentor to so many, a loving husband, a caring dad and doting grandpa.

As tough and serious of a manager Peter was in business, the moment the conversation turned to his two daughters Heather and Krista, he swelled with pride. And when the grandkids arrived, my gosh. He became a mush of love proudly displaying photos and touting accomplishments.

I will miss Peter and only regret not thanking him enough for teaching me so many valuable lessons and maxims, which he repeated endlessly. Two stand out that I would like to share with others, as Peter would.

First and foremost: “No surprises.” And secondly, “It’s not what you expect but what you inspect.”

His service will be on Monday at St. Patricks Cathedral. No surprise, in lieu of flowers Peter’s wish was to mentor more generations, so please consider making a gift in his honor to Bishop Laughlin or Manhattan College. 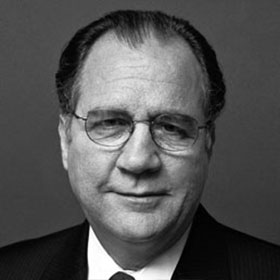