Former Governor Tom Kean has no plans to attend the Republican National Convention (RNC) later this month in Cleveland, Ohio, according to a report by the Record’s Mike Kelly. He has attended every RNC since 1964 so the decision to sit out this year marks the first time the former governor will not attend in 52 years.

According to the report, the decision to stay out of Cleveland stems from Kean’s disagreements with presumptive nominee Donald Trump.

“I’d like to support the nominee of my party but I really don’t know,” Kean told the Record. “If it comes to the point where you disagree on too many issues, you can’t vote for him.”

“I don’t want to go and say something that would embarrass our governor,” Kean said. “So I’ll just stay home.”

Kean’s son, state Senator Tom Kean, Jr. will be at the convention for one day. 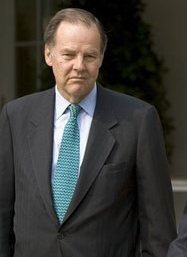