22-year-old Francesca Eastwood has talent in her DNA. Both her mother and father are silver screen regulars, and now Ms. Eastwood is continuing their legacy in a big way. In her most recent release, Outlaws and Angels, she stars alongside Chad Michael Murray and Luke Wilson, and channels the sort of lawless, desert-dwelling character that made her father, Clint Eastwood, an icon of Western cinema around the world.

While her on-screen gigs in the past have mostly been secured through her family connections, this was the first time Ms. Eastwood struck out on her own. “I didn’t ask my parents for advice on this one,” she said on the phone from her new home in Los Angeles. “I usually ask them, but I just went and did this one. I worked on it and prepared a much as I could, so I just ran and did it and talked with them about it later. I wanted to do one on my own, and it felt great.”

While her mother, Frances Fisher, also plays a significant role in the film, the mother-daughter duo didn’t shoot any of their scenes together. “This is the first time that I was on a film and then she came on after, rather than her being in a film and I join as her baby,” she added proudly. Instead she spent much of her time on set with her other co-stars. “I was probably the least experienced actor, and everyone was just so welcoming and really nurturing to that,” she recalled of her time filming in the sweltering desert locale. “It was pretty intense with the heat and the costumes, and we couldn’t wash them because they were supposed to look aged, so after about 3 weeks of being in the same layers it was just gross. It was fun and part of the experience though. Normally if you’re uncomfortable or too hot you go get a and sit in a trailer, but that was so not the case with this one. We just dealt with it and no one really went to the trailers. We just hung out – no texting, Tweeting, Instagramming. I think it made it really special. There were no distractions.”

Next on the docket for Ms. Eastwood is a psychological thriller entitled Revolve, and two top-secret projects she has yet to divulge publicly. “I don’t like to talk about new projects,” she said. “I’m never 100% comfortable until it’s about a week into shooting.” In her off-time she’s busy being a renaissance woman. While her daily schedule includes workouts with celebrity trainer Grant Roberts, and jiujitsu sessions with Jean Jacques Machado, she also considers herself a bookworm. “I actually have a stack of books right next to me,” she said. “I just started reading ‘Tattoos of the Heart’ by Gregory Boyle, but every time I’m about to work I read parts of ‘Intent to Live’ by Larry Moth. I went and got it because Chad [Michael Murray] had studied with Larry prior to Outlaws and Angels and spoke so highly of him. I’m new to wanting to study acting, so I went out and got the book. It took me about 6 months from start to finish, because I kept rereading parts of it, but I love it. It’s so well done.” 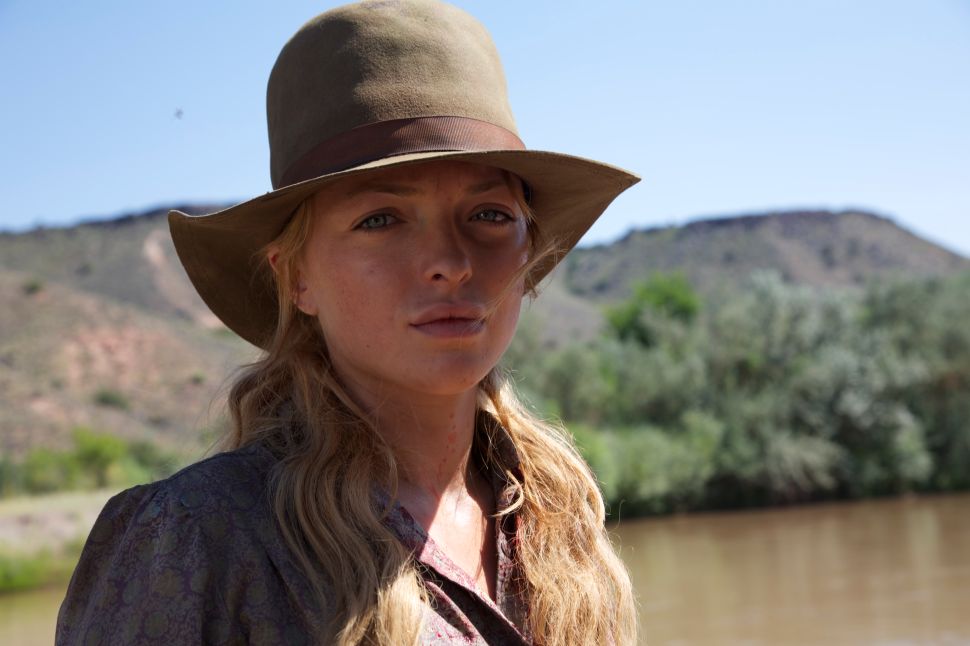