It hasn’t exactly been a great summer thus far for Gawker Media founder Nick Denton. But, on the bright side (though perhaps not for Denton), it did just get a teeny bit easier to live in his sleek Soho spread.

After Gawker lost the lawsuit filed by Hulk Hogan (and bankrolled by Silicon Valley billionaire Peter Thiel) for publishing a sex tape featuring the wrestler , the company was ordered to pay $140 million in damages, including $10 million from Denton personally.

Gawker proceeded to file for Chapter 11 bankruptcy protection on June 10, a month after Denton first listed his two-bedroom, two-bathroom abode at 76 Crosby Street as a $15,000-a-month rental, as The Post previously reported.

It looks like no one has been particularly eager to scoop up the 2,556-square-foot space, as the listing price, after a minor price cut, is down to $14,000 a month.

The condo is offered either furnished or unfurnished, per the listing held by Stribling broker Pamela D’Arc, but based on the photos, we’re not sure if that whole furnished thing is really going to be a big draw for renters. There’s some modern black seating and some type of wooden abstract chair in the rather bare bedroom, but to each his own, we suppose.

The loft features a “dramatic” corner living and dining room (though we doubt Denton is looking for any more drama at the moment), as well as a windowed, open chef’s kitchen with a Miele wine cooler, double wall oven, and stainless steel counters and island with seating for five. The space also has original cast iron columns and wood beams.

There are 7 “extra tall windows” in the living room, with south and east light coming in. We would, however, recommend that the potential renter perhaps be careful of standing too close to the windows—in 2012, an ex of Denton’s then-boyfriend allegedly threw a brick through window of the apartment. On the other hand, there is a private entrance with a doorman, if that helps appease any security concerns. 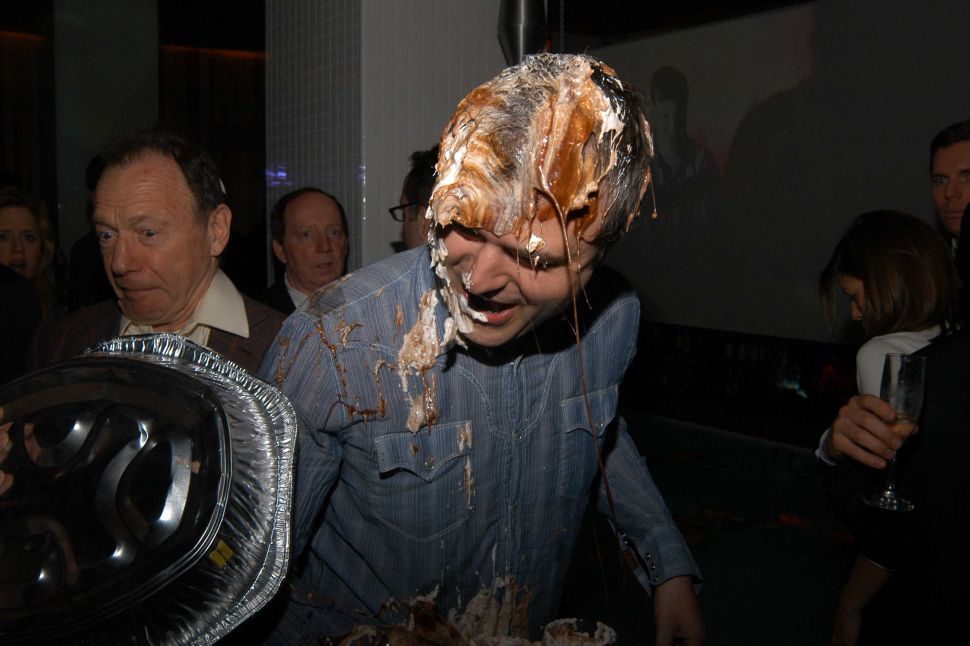