CLEVELAND—The most powerful elected Republicans in the nation—Senate Majority Leader Mitch McConnell and House Speaker Paul Ryan—ripped Hillary Clinton in their primetime GOP convention speeches, but made only token references to their own party’s nominee.

Hours after Donald Trump officially collected enough delegates to become the nominee, McConnell and Ryan addressed the party conclave in Cleveland. McConnell was the first to assail the former first lady for her history of shifting political positions and inaccurate public statements, ignoring that his party’s candidate had a similar past political life and his own “tortured relationship with the truth.”

“Hillary Clinton will say anything, do anything and be anything to get elected president,” the Kentucky legislator said. “Hillary has changed her positions so many times, it’s impossible to tell where the conviction ends and the ambition begins.”

The bulk of McConnell’s references to his party’s candidate came as part of a litany of bills President Barack Obama blocked, and which he insisted Trump would support.

Ryan began his speech by alluding vaguely to some of his public spats with Trump: the Wisconsin lawmaker publicly lambasted the brash developer’s proposal for a moratorium on Muslim immigration, and the candidate spuriously blamed Mitt Romney‘s 2012 loss on his selection of Ryan as his running mate.

“Have we had our arguments this year? Sure we have. You know what I call those? Signs of life. Signs of a party that’s not just going through the motions,” Ryan said.

The Congressional leader used most of the rest of his time in front of the cameras to apparently paraphrase Trump’s attacks on the Democratic Party’s supposedly “rigged system.”

“Here we are, at a time when men and women in both parties so clearly, so undeniably want a big change in direction for America. A clean break from a failed system,” he said. “And what does the Democratic Party establishment offer? What is their idea of a clean break? They are offering a third Obama term brought to you by another Clinton. And you’re supposed to be excited about that.”

Rather than pitch Trump’s credentials and policy proposals, Ryan ended his speech with a plea for party consolidation—a day after uproar on the floor as so-called “Never Trump” forces stormed out of the arena after a rules vote.

“In the plainest terms I know, it is all on the line,” he said. “What do you say we unify this party—at this crucial moment when unity is everything?”

Even New Jersey Gov. Chris Christie, perhaps the businessman’s earliest mainstream supporter, expended only a few moments on describing Trump as “my friend for 14 years.” He then tore into Clinton’s foreign policy record, leading the audience in a call-and-response routine in which the crowd pronounced the ex-secretary-of-state “guilty” of an array of poor decisions, ranging from the Middle East to Russia to the private email server she set up in her Westchester home.

“Here it is everybody: we didn’t disqualify Hillary Clinton to be president of the United States. The facts and details of her life and career disqualify her,” he said. “It is our obligation to stop Hillary Clinton now, and never let her get within 10 miles of the White House ever again. It is time to come together and make sure Donald Trump is the next president of the United States.” 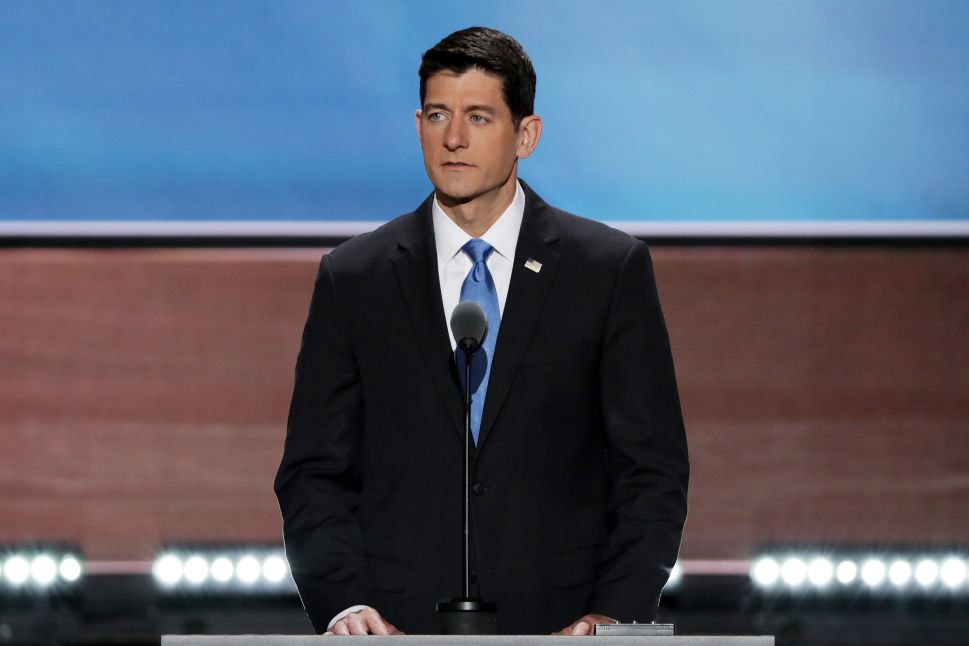