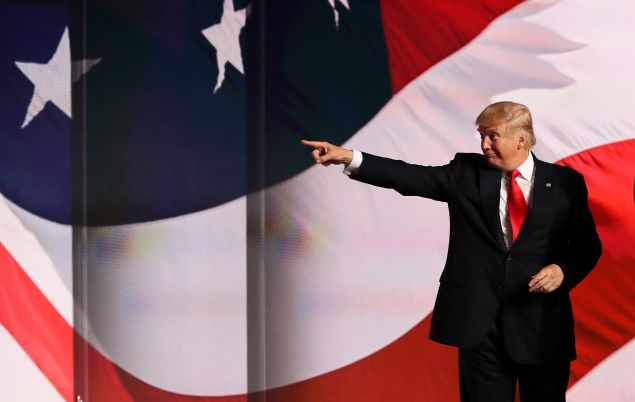 Those who write with such passion criticizing the national security policies of President Obama should tell us why Vladimir Putin must have rubbed his hands with glee when he read in The Times that, if Russia invades Europe, President Trump would do a budget analysis of Europe defense spending before deciding whether—or not—America would save Europe from being overrun by the Russian dictator (who has expressed admiration for Trump).

For those who believe America has significant problems that must be solved by effective leaders, lets summarize the proposals offered by Trump in his speech accepting the GOP nomination for president. This is how he plans to accomplish the magnificent feats he promises:

Trump will build a version of the Berlin Wall on the U.S.-Mexican border, and that’s about it.

Those concerned about the divisions and gridlock that plague American politics will remember Trump’s acceptance speech as a dark, depressing and bitterly divisive rant that told Americans who they should hate but not what we should do.

While Ronald Reagan spoke of morning in America, Trump spoke of darkness. Following four days of anger and drivel that offered neither a vision nor a plan to make the lives of Americans better, a shared hatred of Hillary Clinton was the only matter to unite a GOP convention that many of the most nationally respected Republicans in America refused to attend.

While Team Trump put out word that his speech would be modeled after the politics of Richard Nixon—the most shamed president in the nation’s history—the two living former Republican presidents refused to attend.

Even John Kasich, the highly respected Republican governor of the state that hosted the GOP convention, refused to attend it in a stunning example of how far Republicans have journeyed from the mainstream of the GOP as well as the mainstream of America.

There is one thing Trump did tell us this week, which undoubtedly raises profound alarm throughout the national security communities of both major parties, including conservatives and liberals, and raises equal alarm throughout every branch of the military services in America and throughout the democratic world.

Trump was asked by The New York Times what he would do if Russia invaded Europe.

The right answer is that any American president would mobilize the full force and power of America and the democratic world to resist and defeat the Russian invasion. The right answer is that Article 5 of the North Atlantic Treaty—which protects the collective security of all NATO nations, which has been supported and upheld by every leader of every major party of every NATO member supported by every branch of every military service of every NATO member since 1949—would be invoked.

The great conservatives in modern history, such as Ronald Reagan and Margaret Thatcher, would denounce Trump’s view with loud and powerful words. Even Trump’s apparent role model for his convention speech, Richard Nixon, would be appalled and scandalized by his views.

More important to the 2016 campaign, Trump’s uncertainty about whether America should defend Europe from an invasion by Russia will be the last straw for a number of leading Republican and conservative national security leaders—who I predict will formally endorse Clinton for president, with the same intensity that more than 120 of them have signed a letter condemning the national security policies of Trump.

There will also be an unprecedented number of retired military leaders, many of whom have never supported a Democratic candidate for president, who will also formally endorse Clinton.

By contrast to the GOP convention, when Democrats convene in Philadelphia next Monday there will be a showing of unity and purpose behind Clinton that will make a lasting and decisive impression on American voters.

Progressive leaders such as Bernie Sanders and Elizabeth Warren will speak with passion and commitment on behalf of Clinton’s candidacy, a portrait that will stand in dramatic contrast to what America just witnessed from Republicans.

The leading lights of the Democratic party, from President Obama to former and highly successful president Bill Clinton, will stand together and united.

The Democratic party will offer Americans an agenda for change and reforms, a passion and plan to create more jobs and make wages rise, a strategy to defend our security and make us safe, that was not offered by the hate-filled conclave of Republicans in Cleveland.

The Republicans forgot the lesson taught by Nixon, who warned in his farewell remarks at the hour he surrendered the presidency in disgrace:

“Always give your best, never get discouraged, never be petty; always remember, others may hate you, but those who hate you don’t win unless you hate them, and then you destroy yourself.” 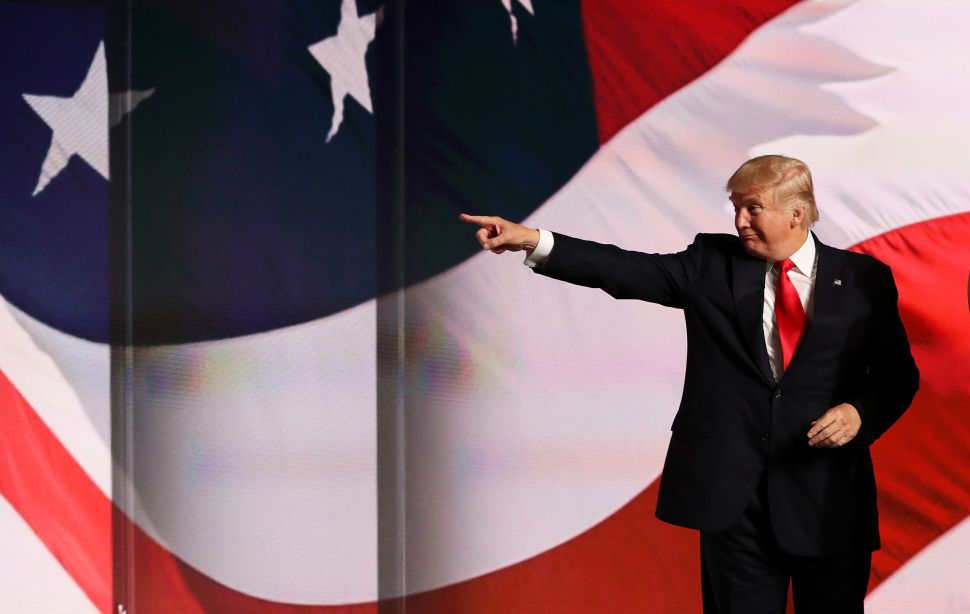