CLEVELAND—Kansas Senator Pat Roberts used part of his speech on the first day of the GOP National Convention to decry what he claimed were Democrats’ spurious electoral appeals to ethnicity and gender.

The chairman of the Senate Committee on Agriculture wore his Marine Corps insignia as he addressed his fellow Republicans at Quicken Loans Arena. He bemoaned what he called the opposing party’s strategy of urging people to vote according to alleged interests of their color or sex, instead of what he insisted were the more universal needs of the nation.

“For years, the Democrat party’s primary objective and goal to obtain power has been something called identity politics: dividing the American people by race, by gender, by age—and, now, even sex. Leading to more divisiveness,” he said. “Enough of the identity politics! We are all Americans! Let us all embrace that basic premise.”

The senior senator from the Sunflower State even seemed to blame identity politics for the recent shootings of police officers in Dallas and Baton Rouge.

Roberts laid praise on Trump’s running mate, Indiana Gov. Mike Pence, who also hails from a conservative farm state. He had less to say about Trump himself.

“In Kansas, as many throughout America, our rural way of life, our family values, are under attack by an overzealous federal government,” he said. “We need a champion for rural and small town America, who will lift the yoke of regulations, and we have one—Vice President Mike Pence. And I’m so glad that our next president showed great judgment in this election.”

This comment may have been an allusion to the fracas over the original version of the Hoosier State’s Religious Freedom Restoration Act, which many gay rights activists believed granted businesses and other organizations permission to discriminate against sexual minorities.

Given Trump’s racially-tinged statements about undocumented immigrants, Mexican-Americans, Muslims and the Chinese, some critics have accused him of making an ethnic identity-based appeal to white voters.

The junior senator from Kansas, Tea Party darling Ben Sasse, is one of a handful of high-profile elected Republicans to announce he will not support the Queens-born businessman in November. 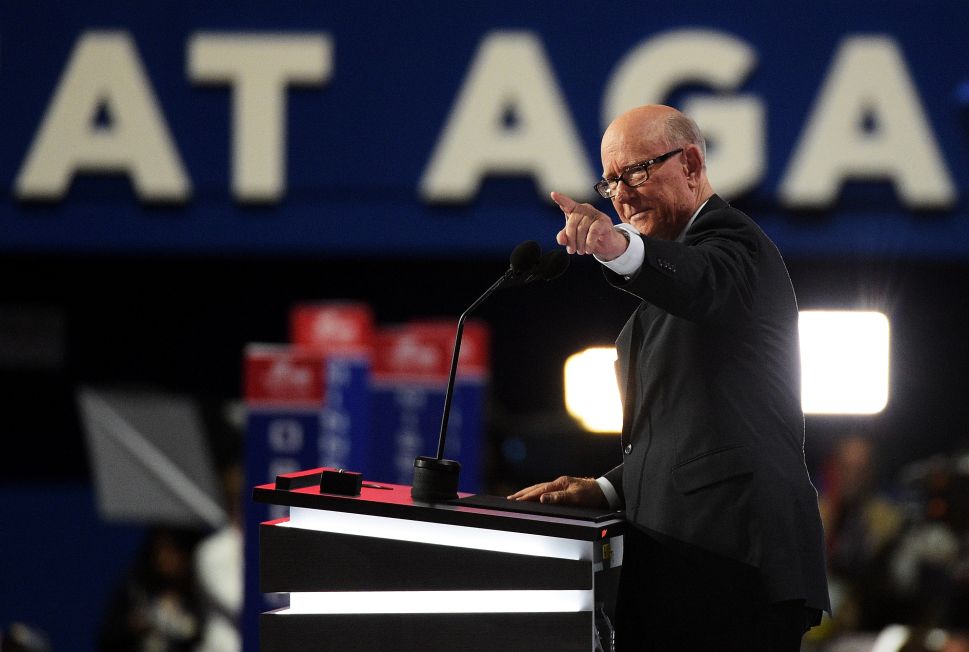