Celebrity makeup artist and eyebrow stylist Ramy Gafni trademarked “guybrows” when he realized half of his clients were male, after years of mothers, daughters and fiancés forcing the men in their lives to come in for a masterful tweezer session. When Ramy first started, men with “crazy muppet brows” made up two to five percent of his clientele and came in after hours, and only “right before the wedding by the bride, under duress.” Now, men make up half of his business, including the men who always came back after their wedding. On the walls of his Murray Hill studio, pictures of Rihanna, Taylor Swift, Tim Gunn, Tina Fey, Amy Poehler and Britney Spears stare back at you, all with perfectly natural makeup and clean brows.

“What I’ve noticed is [for] the younger generation, under 30, there’s really no shame in the game,” Ramy told the Observer. But while some men are flocking to their local guybrow expert, others still swear by their own set of tweezers, asking their barber to use a razor or simply letting them grow wild. When surveyed, many young men have strong feelings about their brows. “I am 9000% pro male eyebrow waxing. I’ve been getting it done since my senior year of high school. Otherwise I’d look like a caveman,” one Queens comedy writer shared.

Responses ranged from “DIY” from a 20-something teacher to “My eyebrows were raised to correct a droopy eyes problem I had,” from an older gentleman. “Au natural eyebrows are the last bastion of American masculinity,” one 20-something Southerner half joked. An MIT student admitted, “I always get my eyebrows waxed when I visit home. I tried doing it myself once and messed it up really badly. I just ended up chopping off 25 percent of it off. I shave with a straight razor, and things can go south very quickly! That said, my other eyebrow looked clean, but hard to get it looking smooth without wax.” A Manhattan realtor announced, “I think it’s a double standard that woman are permitted to do their eyebrows without retribution but men are not. I’ve been wanting to get my eyebrows done but I’m scared of the social repercussions.”

“The first time someone brings me a grandchild, I’m hanging up my tweezers.”

For women, most appreciate a groomed brow, as long as it doesn’t look too feminine. “It’s all part of being well groomed! Same for hairy earlobes,” a 50-something woman explained. Other ladies have clear visions of what their significant other’s brows should look like. “I don’t like a man to have better eyebrows than me, but I also don’t want a unibrow. They should be groomed but not too fancy. I personally tweeze my boyfriend’s eyebrows, but he’s a barber and makes people’s look nice with the straight razor. I’m for both, but I don’t think men should get them waxed or threaded unless it’s really, really bad–if his arch is nicer than mine it’s too much,” a Long Island woman divulged. “Men should definitely groom eyebrows, but only by a professional who knows the difference between men and women’s brows. I can’t stand when a professional grooms a men’s brow like a woman,” one salon owner admitted.

Ramy creates a brow that’s decidedly masculine, by lightly tweezing instead of reshaping with wax. “It’s the opposite of Jersey Shore eyebrows,” he said on the definition of guybrows. “You don’t want to look like The Situation. You want to look like groomed, like a better version of yourself.” His clientele ranges in age, from preteens to men in their 80s. “I have older men that come in, I make them look like their brows did 15 years prior. I leave it deliberately a little undone looking. And they always say, ‘Oh my God, that’s what my eyebrows used to look like.’ I have younger guys that come in and…their number one concern is they don’t want it to look obvious. So I always reassure them that I take a very conservative approach and I really do,'” Ramy said, explaining his delicate approach. He’s even had clients bring in their preteen sons. “The first time someone brings me a grandchild, I’m hanging up my tweezers,” Ramy joked. He finds the average age for a first timer is around 11 to 13 for girls and 16 for boys.

“With tweezing, you can really control what you remove and how you shape the brow.”

“Usually the guy is really nervous and scared. I’ll do one brow and show it to him. I’m deliberately conservative,” Ramy explained. Most men come back and ask for more. When Ramy asks if anyone noticed (he always does if they’re particularly nervous), most men say the response was positive, but no one can put their finger on what’s changed, even for the craziest brows–what he describes as “heavy duty unibrows.”

“They’ll say, ‘You know, people were telling me how good I look. They’ll ask me if I got a haircut, if I lost weight, but they don’t point out the eyebrows.’ I always ask and it’s always the same story–that nobody noticed. And sometimes, I really do wonder how could they not notice? You know, it’s never feminine. It’s never that really obvious look. That’s why I don’t like waxing, because it gives you this hard line that makes it look very obvious. Whereas with tweezing, you can really control what you remove and how you shape the brow,” Ramy said.

Most male clients find him through word of mouth, and many have been getting their brows done by their barber, with a straight razor in hand. “A lot of times they’ll tell me when they get a haircut, the barber will buzz it with the clipper to get rid of the excess length. They always expect me to be horrified, but that’s better than nothing,” Ramy explained. While some macho men don’t believe in brow upkeep, Ramy describes the majority of his clients as shameless about shaping theirs–they would be embarrassed if they didn’t. “It’s not even considered metro,” Ramy said, comparing a brow appointment to a necessary haircut.

Ramy has been in the brow game for more than twenty years, but his clientele was made up almost exclusively of women for the first decade. After the premiere of Queer Eye for the Straight Guy in 2003, he saw an influx of gentlemen. No longer were a few men giggling about guybrows; suddenly, it was a mainstream activity. “I always think of how much women do to look attractive for men. Why shouldn’t men do the same for women?” Ramy asked–and rightfully so. After all, brows aren’t even the most painful to wax area. 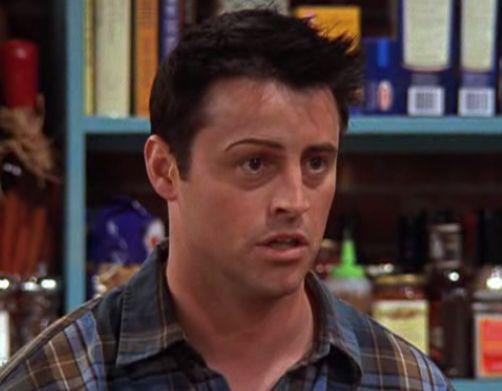