People have gotten wise to online ads and started blocking them all over the world. “It’s been called the biggest boycott ever,” Bitcoin Strategy Group co-founder Victoria Van Eyk said during a panel on media and micropayments at the Blockchain+Digital Currencies conference today in Manhattan. She recently wrote a Medium post called “Ads Suck” in which she writes that lots of top publishers anticipate that ad blocking will reach 30 percent of internet users shortly.

Her co-panelist, Elissa Shevinsky, founder of a stealth mode startup, chimed in to add that ad networks have been used to serve malware to consumers from reputable sites. “I use an ad blocker not because I worry about seeing the ads—I can put up with that—I don’t want to get pwned,” she told the room.

Ad networks also track us all over the web. They bog down how pages load. They violate our privacy. They engender distrust with media brands we want to like. Plus, it means that media remains the one giant online industry wide open to man-in-the-middle attacks. Even as online ads introduce all these disadvantages that print, TV and radio never had to worry about, revenue from these cumbersome ads faces an uncertain future.

“We’re in an escalating war that doesn’t have a good ending,” Shevinsky said.

Enter bitcoin. Bitcoin makes it possible for people to affordably make very small payments, which introduces the possibility of a world in which people could purchase media for tiny amounts, article by article.

We have known for a long time that micropayments don’t work with dollars, euros and other state-backed currencies. The main reason: transactions cost too much when banks are involved. It’s just not worth it for a bank to send millions of nickel payments. With cryptocurrency, though, that’s no problem. The transaction cost of a bitcoin payment runs something like three pennies.

Imagine a world where users had a bitcoin wallet built into their browser and it authorized a few pennies to flow to a publisher every time they opened a new article. Or pushed a few more cents straight to a musician every time they played a song. Or a quarter to a director before viewing a short film on his site.

In fact, the concept dovetails nicely with Abra, the previous startup we wrote about from the same event. Under that model, the reader could see the money in their browser wallet in their local currency.

The general argument here is that people won’t pay for content online, but Steve Jobs introduced iTunes after Napster, at a time when people also said no one would ever pay for music again once it went digital. The trouble is, payments just aren’t flexible enough with real money.

The panelists concurred that micropayments need a charismatic salesman to build a product that allows micropayments in the browser. Van Eyk said that she knows of some people working on related technologies. Shevinsky sounded like she might be recruiting to address this problem right now. SatoshiPay has a micropayments platform ready to go for WordPress.

So who could that charismatic salesperson be? What if tech investor and celebrity Ashton Kutcher started a blog paywalled with bitcoin where he posted photos from the parties he went to? He’s already shown a penchant (if not an aptitude) for the content biz.

Or, a little closer to earth, imagine if one of the top thinkers on blockchain and cryptocurrency moved their blog behind a cryptocurrency paywall? If any community would pay tiny amounts for relevant thinking, one would hope the bitcoin community would. For example, the man who wrote the book on bitcoin, Andreas Antonopoulos, might start sharing the thoughts shaping his next volume.

Without a doubt, if people paid even a little bit for each click, they’d think a bit more before sharing. That might not be a terrible thing. In that moment’s hesitation a person might decide that, for example, their nickel is better spent for a deep read on the debate around safety on New York playgrounds over the latest silly listicle.

We’d cross our fingers, but it’s tough to type. 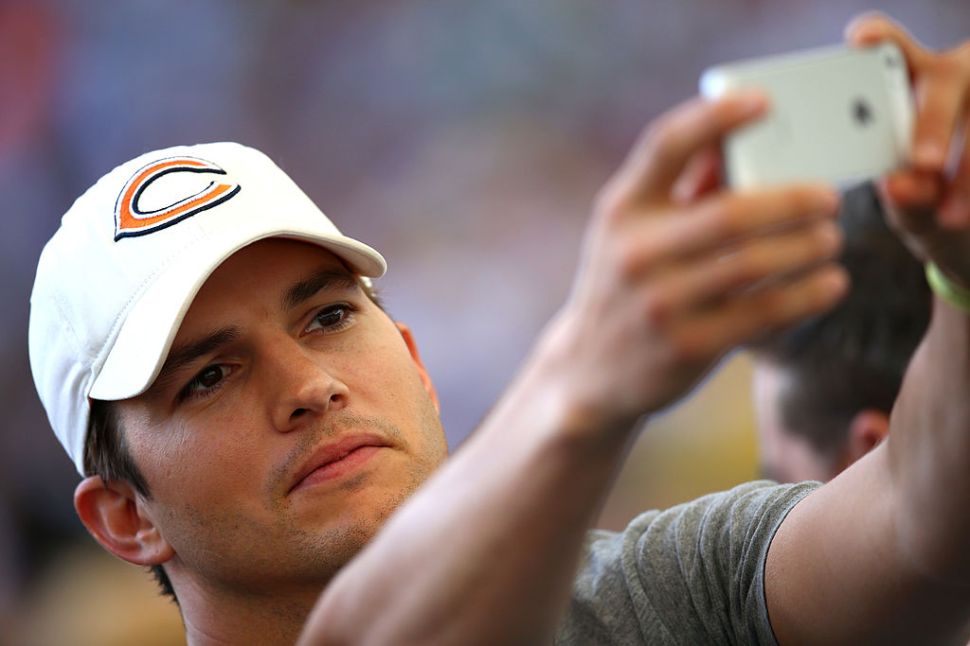