All of France was out to celebrate last night. July 14 is Bastille Day, the country’s national holiday. Across France—as on our July 4—friends and families congregate, enjoy a day off work and, once darkness descends, watch fireworks in a celebratory atmosphere.

That happy ritual was shattered last night in Nice, the capital of the fashionable French Riviera, where thousands of locals and visitors were gathered on the Mediterranean seaside. As 11 o’clock approached, with festive crowds thronged on the Promenade des Anglais, the chichi waterside avenue overlooked by hotels, the dwindling fireworks show was interrupted by panic, then horror.

A white cargo truck appeared, aimed at partygoers. It drove methodically along the storied street, Le Prom as locals call it, zig-zagging to take out the maximum number of people. Most of those hit by the truck had no chance to escape. The scene, recalled survivors, was “like bowling”—with innocents crushed by the huge vehicle.

“It was a cool evening,” recalled a journalist who witnessed the rampage unfold, watching in horror as the truck rammed through dense columns of partygoers. At first he thought the approaching noise was coming from people setting off their own fireworks, only realizing, as the truck approached him, what was happening: “a huge white truck was traveling at breakneck speed… moving to mow down a maximum number of people.”

The mobile rampage went on for over a mile, taking out victims along the way, until the police managed to stop the rampage. The attacker planned to go down fighting. Finally, a shoot-out ensued, leaving the driver dead.

So far 84 innocents are known to be dead, with dozens more injured—18 of them critically. There were so many bodies on the street, many of them horribly mangled, that seaside restaurants brought out tablecloths to cover them. The dead include young and old, among them several children. Muslims were murdered too, as was the number-two border police official in Nice.

This is France’s third mass-casualty terrorist attack in the past 18 months. The customary ritual has commenced, with sorrowful denunciations of the carnage from all corners of the world. The great and the good express their shock and horror, while the dead remain dead.

In truth, there is nothing especially shocking about the massacre in Nice, except that the terrorist used a truck rather than bombs to make his point. So far, French authorities are saying the killer, who seems to have acted alone, was a 31-year-old man of Tunisian origin living in Nice. His identity has been firmly established but his name has not yet been released to the public. He is said to be known to the police but not to security services.

That fact—which should be regarded as tentative at this point—seems to minimize the chance that this was any sort of directed operation by the Islamic State or any such jihadist group. Nevertheless, French authorities have not shied away from calling the Nice massacre terrorism.

The more terrorists choose soft targets, the more difficult it becomes to stop them.

Mustering a verbal courage that eludes Barack Obama, French President François Hollande stated in response to last night’s carnage, “All of France is under the threat of Islamic terrorism.” This truth is so obvious that it requires extensive mental gymnastics to avoid, as the current occupant of the White House somehow manages again and again.

In response to last November’s Parisian carnage that left 130 dead, President Hollande implemented a state of emergency that finally dropped the hammer on jihadists in the country, granting the police exceptional powers to combat terrorism. That state of emergency was slated to close by the end of this month, but last night’s attack has moved Paris to extend it for another three months.

That will help give French police and intelligence services a chance to unravel exactly what happened in Nice and why. The truck was rented several days ago, indicating some planning was involved, but beyond that little is yet known about this terrorist plot.

Of course, there’s nothing new about using vehicles as terror weapons. On December 21, 2014, a man ran over 11 pedestrians in the French city of Dijon, injuring two of them seriously, while shouting “Allahu akbar” (“God is great,” the standard jihadist mantra). The very next day, in Nantes, on the other side of France, another man ran over ten pedestrians, killing one of them—he, too, shouted “Allahu akbar” during his vehicular killing spree. Reports that last night’s Nice mass murderer likewise shouted “Allau akbar” before being felled by police bullets therefore ought not surprise.

The Islamic State has repeatedly called on its fans and followers in the West to use any means at their disposal, including vehicles, to murder “infidels.” In a recent video, ISIS encouraged wannabe jihadists in France who were unable to come to the Middle East to use cars and trucks in domestic attacks instead.

French security services have repeatedly warned of such terrorist innovations. Patrick Calvar, the head of French domestic intelligence, previously predicted that jihadists at home are improvising and moving beyond traditional means of attack: “I am confident that they will pass the stage of car bombs and explosive devices,” he cautioned.

The more terrorists choose soft targets, the more difficult it becomes to stop them. And it’s difficult to imagine a softer target than public holidays, with their throngs of people. In response to the atrocity, President Hollande has deployed armed soldiers on the streets of Nice and even called up reserves to provide enough manpower. Paris has promised that all its security agencies are cooperating and working overtime to prevent the next attack.

Yet there surely will be another terrorist attack. France, like much of Europe, now possesses a domestic jihadist problem so vast that mere intelligence work cannot stop every outrage. The security services in France are among the best in Europe, but no spies and cops, however competent, can be expected to deter every would-be jihadist.

This is Europe’s new reality. Small wonder, as I explained this week, that some Europeans seem to want nothing to do with Islam at all anymore. As France buries its dead and condolences are counted, it’s time to start thinking seriously about real, long-term solutions to this wicked problem. 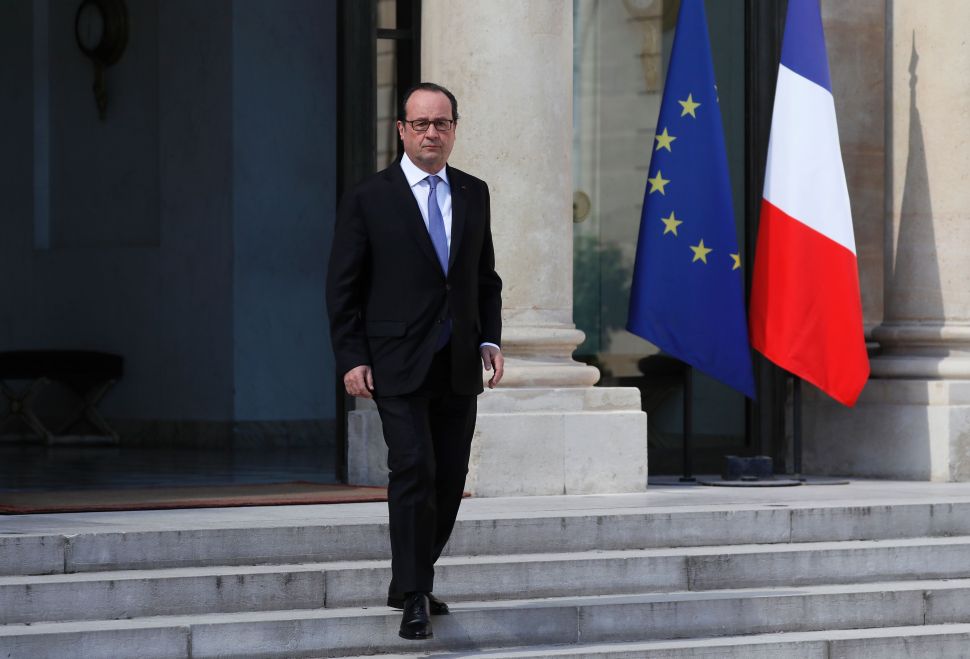